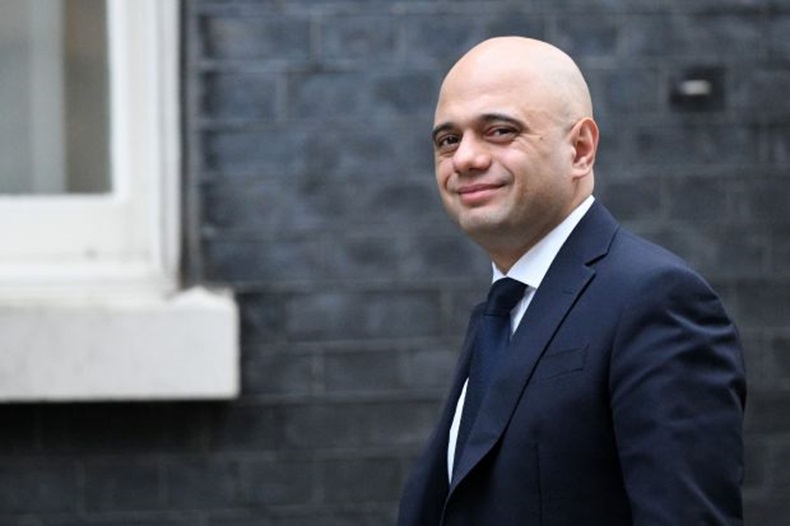 “I want our country to get out of this pandemic and that will be my most immediate priority.”

Former chancellor Sajid Javid has been appointed health secretary after Matt Hancock resigned for breaching social distancing guidelines in an affair with a government aide.

In his resignation letter, Mr Hancock wrote: “We have worked so hard as a country to fight the pandemic. The last thing I want is for my private life to distract attention from the single-minded focus that is leading us out of this crisis.

“Many times I stood at the podium in Downing Street and thanked the team – my own team, the NHS, the volunteers, the Armed Services, our pharmacists, GPs, the pharmaceutical industry and the whole British public who have made such sacrifices to help others. Those thanks are heartfelt and sincere and so I must resign.”

Mr Hancock is replaced by Mr Javid, one-time chancellor who resigned from the post in February 2020 after a disagreement with Prime Minister Boris Johnson over his advisors.

The government announced on Saturday (June 26) that Mr Javid’s appointment had been approved by the Queen. On Sunday, the new health secretary said he was “honoured” to be given the new role “particularly during such an important moment in our recovery from COVID-19”.

“Thanks to the fantastic efforts of our NHS and social care staff who work tirelessly every day, and our phenomenal vaccination programme, we have made enormous progress in the battle against this dreadful disease,” he added. “I want our country to get out of this pandemic and that will be my most immediate priority.”

Mr Javid told press on entering his new office that he believed his predecessor “worked incredibly hard – he achieved a lot and I’m sure he will have more to offer in public life”.

No reference to pharmacy in Commons

Since entering parliament in 2010, the MP for Bromsgrove in Worcestershire has sided with the government on health issues, voting in support of the government’s 2012 overhaul of the NHS.

Previous incumbent Mr Hancock’s desire for fresh reforms – which include proposals for bringing day-to-day running of the NHS back under the health secretary’s control – will now be taken up by Mr Javid.

More recently, in October 2019, Mr Javid voted in favour of a Queens Speech which called for continued empowerment for GPs to commission services, a strong Care Quality Commission, and not to reverse a decision to seek to cut admin costs, for example by abolishing Primary Care Trusts.

As a back bencher, Mr Javid has submitted written questions to the Department of Health of Social Care (DH) in recent months concerning mental health and Parkinson’s disease – but has yet to make mention of pharmacy in the chamber.

Mr Javid also appointed Professor Dame Carol Black to lead an independent review into drug misuse while home secretary, which in 2020 was handed to the DH to make policy recommendations to government around funding and how local bodies are effective in preventing, treating and supporting recovery from drug problems.

Pharmacy “must be used more”

Thorrun Govind, newly appointed chair of the Royal Pharmaceutical Society’s English pharmacy board, wrote to Mr Javid today (June 28) to express that the skills of pharmacists “must be harnessed in strategic and operational approaches to recovery to help reduce pressure on the NHS and manage the backlog of routine clinical care”.

Commenting on the importance of pharmacy’s integration into integrated care systems – another policy of Mr Hancock’s – Ms Govind said: “Patients will benefit hugely from pharmacists having a fundamental role in longer term, post pandemic approaches to health care and we must ensure that the role and contribution of pharmacy is well established.”

The Pharmaceutical Services Negotiating Committee (PSNC), the Association of Independent Multiple pharmacies (AIMp) and the National Pharmacy Association (NPA) said in statements that they were looking forward to working with the new health secretary.

Leyla Hannbeck, chief executive of AIMp, said: “We want to see our government now investing in pharmacies to promote disease prevention, improve health education and healthcare provision for all.

“We need to become more integrated in the system, we must be used more.”

PSNC chief executive Simon Dukes said: “Only by working collaboratively will we be able to continue to develop community pharmacy services for the benefit of patients, the NHS and primary care in England.”

Andrew Lane, chair of the NPA, said the organisation had “worked hard to create a shared understanding of independent community pharmacy with Matt Hancock and met him several times for frank discussions about primary care reform and pharmacy funding”, adding he had “shown genuine enthusiasm” when visiting members.

“[Mr Javid] and pharmacy minister Jo Churchill can rely on community pharmacy continuing to give its all, but the resources must be put in place to underpin our vital work at the heart of the NHS.”

What would you like to see from the new health secretary?