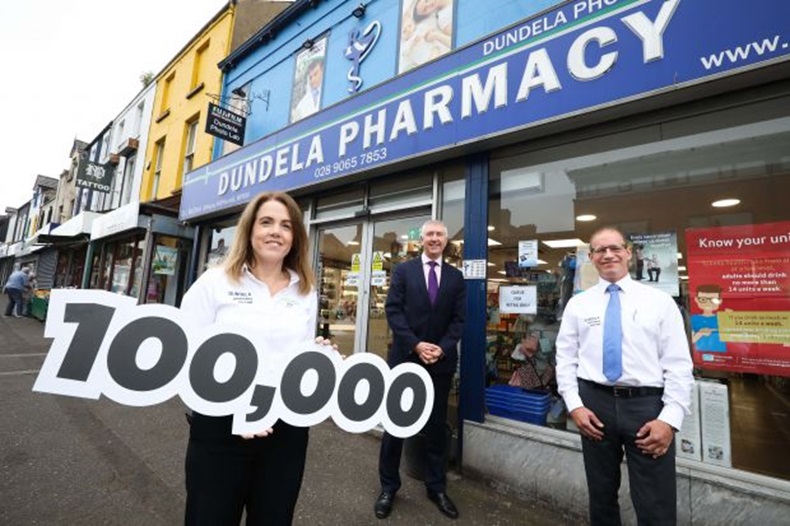 Community pharmacies in Northern Ireland are “well-placed” to deliver COVID-19 booster vaccines later this year as they administered 100,000 vaccinations in just over three months.

As focus now turns to the booster programme, Community Pharmacy Northern Ireland (CPNI) has called on the department of health (DH) to expand the number of community pharmacies participating in the COVID-19 vaccination programme.

At the same time, pharmacies in the country may face additional hurdles when trying to get hold of medicines that were made in the UK. This has prompted the National Pharmacy Association to call on Brexit negotiators to reach an understanding with their EU counterparts, to allow the continued normal supply of medicines to the country.

As of the end of March, around 350 community pharmacies were enlisted into the COVID-19 vaccination effort – the largest number out of any of the four UK nations, C+D exclusively revealed earlier this year.

CPNI chief executive Gerard Greene said: “As attention moves to the booster vaccine, pharmacy is ideally placed to play an integral role in the rollout of the programme to all patient groups.

“We urge the DH to consider community pharmacy as the first-choice vaccine provider, allowing other health services to focus on healthcare provision for those most unwell and vulnerable,” Mr Greene added.

David McCrea, a community pharmacist in Belfast, said: “Looking towards the autumn, we want to play a bigger role in the vaccine booster programme. From the initial success of our vaccination programme, it is clear our teams are agile, capable and professional in providing the vaccine to our communities”.

Meanwhile, the NHS in England is planning to commission a further 1,000 pharmacy-led COVID-19 vaccination sites in England in the run-up to September to help deliver booster jabs. Before resigning as health secretary, Matt Hancock said this was because “we need GPs to be back in surgeries practising medicine”.

While the sector stands ready to step up its contribution to the COVID-19 vaccination programme, contractors may face “intolerable” medicine supply issues, according to the NPA.

Under the Northern Ireland protocol – which forms part of the Brexit withdrawal agreement – medicines made in UK have to be licensed separately for use in the country, including separate safety inspections, before they can be given to the public.

NPA board representative for Northern Ireland Michael Guerin said that “the situation, if unresolved, will be intolerable for NPA members and patients in Northern Ireland.

“We are deeply concerned that the additional cost and complexity of getting medicines into Northern Ireland will result in some manufacturers and suppliers not bringing products to the market.

“This could result in reduced stock being available, leading to medicine shortages and an increase in the procurement costs,” he added.

Mr Guerin urged the EU and the UK to address the issue “urgently” and “not leave it for patients, carers, pharmacists and GPs to pick up the problem further down the line”.

As C+D reported at the end of June, Prime Minister Boris Johnson revealed at the G7 summit that as many as thirty drugs are unavailable in Northern Ireland because of the new rules being enforced at the Northern Irish border.

In April, C+D exclusively revealed the first drug lines to be affected by the new border agreement.

Are you aware of any medicines that have become unavailable due to the NI border protocol?