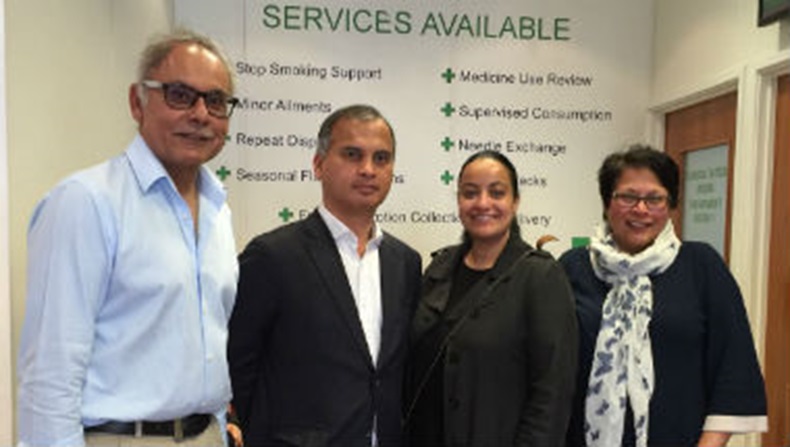 The planned 6% cut could be focused on pharmacies in the capital and other urban areas, say Pharmacy London and a local politician

Pharmacies in the capital could be at higher risk of being "wiped out" by the government’s planned funding cut, Pharmacy London has warned.

People assume the government is going to "look after" smaller and more isolated pharmacies, chief executive Rekha Shah told C+D yesterday (May 3). But judging the distances between pharmacies in rural areas is “totally different to [in] urban areas”, she stressed.

The government has stated its aim to remove funding from pharmacies that exist in a "cluster", but Ms Shah said “clusters are needed in London because of what they offer". "They tailor their services to meet the diverse cultural and language needs that we have in the capital."

Ms Shah said the government has not addressed the health inequalities or multiculturalism in London through its planned pharmacy access scheme.

"If you were a cynic, you would say it's [the attitude of] a Conservative government, and their strongholds are the rural areas. If they plan [to protect rural pharmacies], it won't be just 25% [that close] in London, it is bound to be more," she added.

Labour London Assembly member Murad Qureshi, who visited Market Pharmacy in central London with Ms Shah last month, said he plans to speak to London mayoral candidate Sadiq Khan about the affect the cuts could have on the capital.

“The Prime Minister has expressed sympathy towards rural pharmacies, but I hope it isn’t at the expense of urban pharmacies we depend on,” Mr Qureshi told C+D. “Some of them are clustered centrally, but that shouldn’t make [the government] think they aren’t valuable.”

Pharmacy Voice said that, while the government's commitment to protect rural pharmacies is good news, it has remained silent on those operating in some of the most vulnerable urban communities.

“London in particular appears most at risk from the seemingly unsophisticated approach to 'clustering',” a Pharmacy Voice spokesperson said. “The government's proposals fail to account for the unique needs of modern urban communities.”

How will the cuts affect pharmacies in your area?

Have your say on PSNC's alternative to the funding cuts