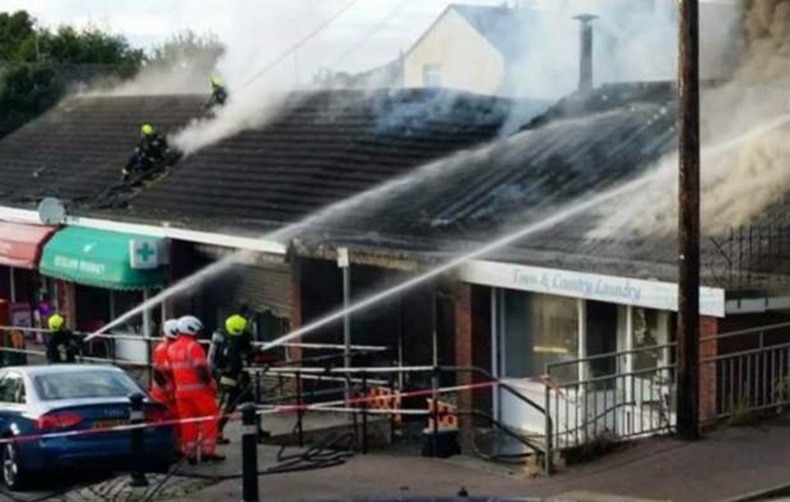 A Devon pharmacy has reopened in a temporary building with help from the local community after it was damaged by a fire.

The prefabricated building was “kitted out as a pharmacy” and offers all the services that had been previously available in Buckland Pharmacy, including management of acute prescriptions, medicines use reviews (MURs) and the new medicine service (NMS), Ms Retallick said.

The pharmacy was forced to close following a fire that burned out several shops nearby last month (July 22).

“The local surgery and community were fantastic,” Ms Retallick stressed. “We've all pulled together to maintain functionality to help the most vulnerable.”

She added she did not know when they can move back into the previous building, but said they were “hoping for February next year”.

“Local councillor Gordon Hook worked with the council to gain planning permission for a portacabin to be established on the site of the old school, so we were able to reopen,” Ms Retallick said. “Customers were more than happy to find it back on site – they missed their local community pharmacy.”

Ms Retallick added that Devon Local Pharmaceutical Committee (LPC) had also been “very supportive” following the fire and said some of the community are organising a fundraising event for the businesses most affected.

The fire brigade confirmed the roofs of five commercial properties were damaged and one person suffered minor burns at the incident.

“The medication was covered in soot,” Ms Retallick said. “There wasn’t much damage at the front [of the pharmacy] but the dispensary took the main hit.”

To help deal with the potential damage after a fire Ms Retallick recommended pharmacies have “contingency plans of how to cope”.

“Make sure that your insurance covers you 100% and get advice about what would happen if there was a fire,” she added.

How has your pharmacy bounced back from a disaster?

'Homeopathy could be pharmacy's saviour from funding cuts'