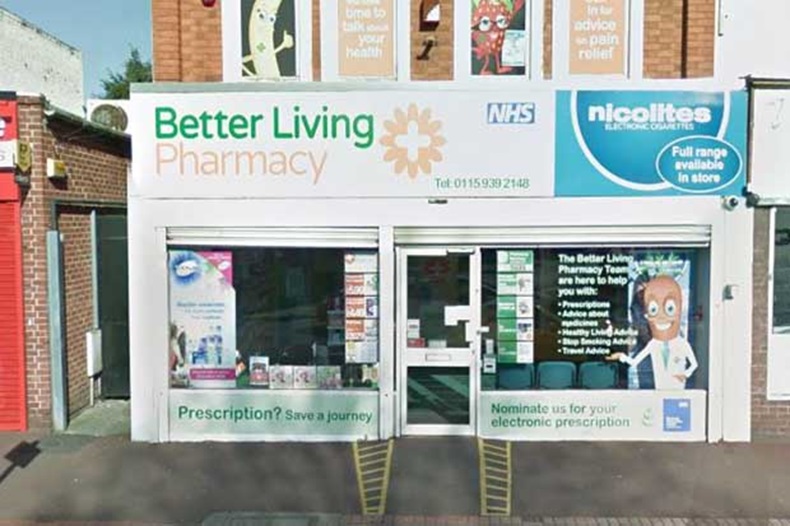 The chain – which according to its website has 64 branches – made the “difficult decision” to close Peak Pharmacy in Stapleford, Nottinghamshire, and Brennans Pharmacy on Latimer Street in Leicester (see map below) on October 6, CEO Peter Cattee exclusively told C+D this week (November 21).

While both pharmacists and four staff from across the two branches were “redeployed”, three members of staff were made redundant from the Latimer Street pharmacy, Mr Catee said.

The closures were a result of the “cumulative pressure” on “historic businesses which have probably delivered more service than profit”, he explained. “At some point the stuff on the periphery of the estate becomes more vulnerable to the cuts at some branches than others.”

“Once they become loss-making, then if you own a group, there's little justification for continuing to trade them,” he said. “It's better to try and remove the overhead cost and transfer the business to the next nearest branch.”

Mr Cattee said the closures are “part of the rationalisation of the network”, and PCT Healthcare has other branches “not too distant” from the two that have closed.

“The density of pharmacies in both these areas is sufficient for the local population's needs,” he added.

PCT Healthcare has bought around 60 pharmacies in the last two and a half years, he added.

Mr Cattee stressed there “definitely” would not be further closures, “over the next year”.

Last month, Lloydspharmacy’s parent company Celesio UK announced it will cease trading in 190 “commercially unviable” branches across England. See the locations of Lloydspharmacy branches confirmed to be either closing or up for sale here.

Have any pharmacies in your area closed as a result of funding pressures?