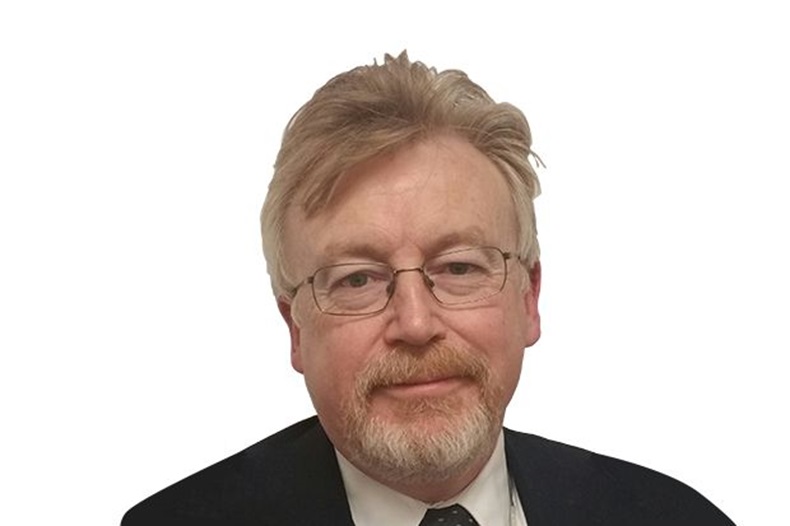 NHS England and NHS Improvement (NHSE&I) has confirmed it is seeking a new chief pharmaceutical officer to replace Keith Ridge, who will retire from the role in February.

NHSE&I confirmed to C+D today (July 30) that Dr Ridge will retire in February 2022, at which point he would have held the position of NHSE&I's and the government's “most senior advisor on pharmacy and medicines use” for 16 years.

Prior to that, he was director of pharmacy at the University Hospital Birmingham NHS Foundation Trust.

Announcing his departure, Professor Steve Powis, national medical director, thanked Dr Ridge “for his outstanding contribution to the NHS, particularly in transforming pharmacy’s clinical input to NHS services, for his energy and dedication to patients, and the integrity with which he has fulfilled his leadership role”.

“I am personally grateful for his advice on key issues such as antimicrobial resistance, medicines safety and supply, controlled drugs, and medicines regulation; and his contribution to key national clinical programmes and, crucially, the COVID-19 vaccination programme which have brought lasting improvements to patient care,” he added.

Community pharmacy has undergone some significant changes during Dr Ridge’s tenure, including weathering the 12% cut to funding in 2016. In 2013, he told a launch event for the Royal Pharmaceutical Society's (RPS) future of pharmacy report that there were "too many pharmacies" in England.

Early on in the role, he helped deliver a new system for the governance of controlled drugs following the Shipman inquiry, and led the establishment of the first independent professional regulator for pharmacy professionals in the form of the General Pharmaceutical Council.

According to NHSE&I, Dr Ridge's stewardship saw the introduction of medicines optimisation in pharmacies in England, as well as new standards for the initial education and training of pharmacists that were published in January 2021.

He has been a keen advocate of the upskilling of pharmacy technicians and encouraging more “clinical” pharmacists to join GP surgeries and primary care networks. He has also been a keen proponent of the hub-and-spoke dispensing model for pharmacy as a method of freeing up "highly trained staff" to work more closely with patients.

Dr Ridge was also involved in securing the continued supply of medicines as the UK left the EU and throughout the COVID-19 pandemic, NHSE&I added.

In March this year, he launched the Joint National Plan for Inclusive Pharmacy Practice in England, an initiative with NHSE&I the RPS and the Association of Pharmacy Technicians UK (APTUK) “to develop and embed inclusive pharmacy professional practice into everyday care for patients”.

Requirements for the new candidates

A job advert posted on the NHSE&I website yesterday (July 29) invites candidates to apply to become the NHS's and government's “principal advisor on medicines and pharmacy policy development and delivery”, providing professional leadership to pharmacists and pharmacy technicians across the country.

According to the job description and person specification for the role, “particular challenges are to stimulate developments in, and modernisation of, the practice of pharmacy, and the safe, clinical, cost effective optimal use of medicines so as the fulfil the intentions set out in the NHS long-term plan, taking into account the forthcoming Health Bill and the consequences and lessons of the COVID-19 pandemic”.

Applicants must be “senior pharmacy leaders” registered with the General Pharmaceutical Council, with a master's degree in pharmacy (or equivalent) and a postgraduate or management qualification, or equivalent experience, NHSE&I specified.

Applications are open until August 19.

The news comes after NHSE&I announced Amanda Pritchard will become chief executive officer of NHS England from August 1, the first woman in the health service’s history to hold the post.

do we think this is a genuinely open competition or they’ve already decided who’s got the job? pic.twitter.com/9Q2HA5ENtn

*personal view only* (wait I only have personal views these day!)
Potential runners and riders (in no particular order & no personal endorsement):
- Richard Cattell, - Leyla Hannebeck, - Andrew Evans, - Rob Darracott, - Paul Bennett. Struggling to see beyond that list.

Now that would be amazing!

Who do you think should be in the running for the next chief pharmaceutical officer for England?