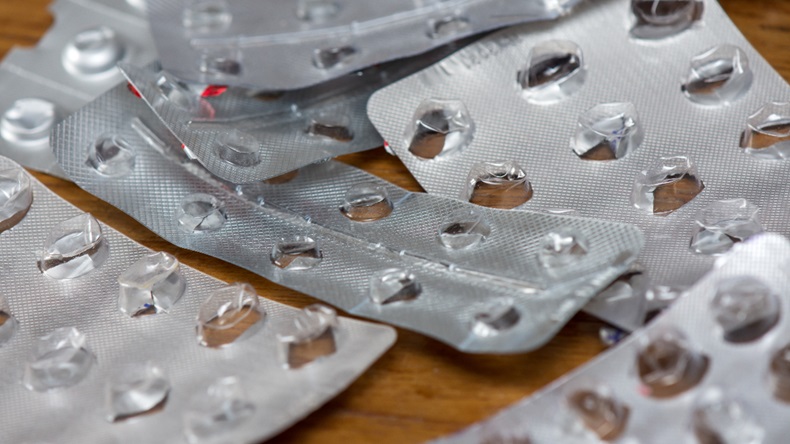 The Department of Health and Social Care (DH) identified almost 300 medicine supply issues across primary and secondary care in the initial 14 months of the COVID-19 pandemic, a C+D investigation can reveal.

The 293 supply issues reported between March 2020 and May 2021 were identified in the “regular reports that the DH’s medicines supply team shares with the NHS”, which included medicines dispensed across both secondary and primary care, the DH said in response to a freedom of information (FOI) request sent by C+D.

The DH also noted that the medicines supply team acts to “mitigate an impending supply issue” and “often prevents an issue leading to something that could potentially be described as a ‘shortage’, which may have an impact on patient care and prevent the NHS from providing specific medicines to patients”.

“As such, not every supply issue will result in a ‘shortage’ and only those that may impact patient care will be communicated to the NHS,” the DH added.

On the 293 supply issues counted by the DH during the specified timeframe, the DH told C+D that it counted long-term issues reported in more than one consecutive report “only once”.

“Different presentations, strengths and pack sizes of the same medicine are counted as one supply issue unit,” it added.

DH data “not out of keeping with BGMA analysis”

The British Generic Manufacturers Association (BGMA) has been publishing the number of medicines facing a “confirmed supply issue” every month since the start of 2021, a spokesperson told C+D today (August 16).

While the BGMA is unable to verify or comment on 2020 figures, the spokesperson said that the “number of primary care medicines captured from March 2020 to May 2021 is not out of keeping with our own analysis and interpretation of the DH and NHS figures”.

The BGMA found that the number of medicines in the monthly supply issues updates has reduced since the beginning of 2021.

“In eight months, as identified by the DH and NHS, there have been an average of 58 medicines – generic and originator [branded], [across] primary and secondary care – facing a supply issue each month. The majority of these medicines are repeated, ie the medicine has faced a supply issue for more than one month. The 58 figure represents less than 2% of the medicine presentations in the August 2021 Drug Tariff,” the spokesperson added.

“It should be noted that 293 divided by the 15 months provides an average of fewer than 20 medicines being reported as a new supply issue each month. This is less than 1% of the presentations in the Drug Tariff,” the spokesperson added.

HDA: “No general increase in shortages during pandemic”

Commenting on the figures obtained by C+D, Martin Sawer, executive director of wholesaler body the Healthcare Distribution Association (HDA), said that the HDA members “have not seen a general increase in shortages during the pandemic”.

“Some very specific short-term delays were triggered by the pandemic in 2020, of course, due to sudden increased demands both in secondary and primary care – but these were resolved relatively quickly.

“Shortages and delays have to be managed by HDA wholesale distributors all the time, often due to production or regulatory issues upstream,” Mr Sawer added.

Shortages during the pandemic

C+D reported in May 2020 that the manufacturer Chiesi was releasing additional batches of its Clenil 100mcg because a “larger number of prescriptions” were being filled during the pandemic, leading to “a dramatic increase in inhaler demand”. This resulted in “Chiesi’s wholesaler partners experiencing out-of-stock situations related to Clenil 100mcg”, the manufacturer said at the time.

Demand for some inhalers was up by “400% from usual business”, the British Thoracic Society said in an update in April last year.

The Clenil inhaler range also appears in a breakdown list of medicine supply issues reported by the DH to primary care providers in March/April 2020, which was shared with C+D as part of the DH’s FOI response.

Supply issues relating to fluoxetine 10mg, 30mg and 40mg were also communicated from March 2020 to May 2021, which tallies with the numerous extensions to the serious shortage protocols that have been issued for this medicine.

Have you noticed a change to medicine supply issues during the pandemic?

Share your views on the hot topics page on the C+D Community.

Medicine shortages in pharmacies: why are they happening?