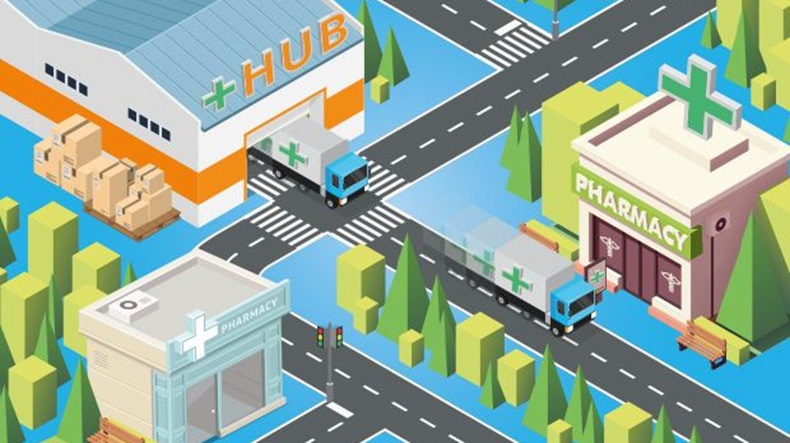 Sima Jassal, pharmacist and clinical director at EMIS – PharmOutcomes’s parent company – told C+D yesterday (August 17) that “EMIS is actively keeping up to date with the discussion around hub-and-spoke”.

The company “will look forward to partnering or developing technology to support the initiative once legislation has been passed”, Ms Jassal said.

“We anticipate that hub-and-spoke dispensing will become more widely adopted as pharmacies look to improve margins and focus on services as the required legislative changes are enacted,” she added.

On its Twitter page, the company posted that it is working on “several hub and spoke” opportunities.

The tweet, which was published on August 5, reads: “Dispensing will always be a core a functionality for pharmacies, but we recognise the way this is undertaken will soon change, we’re therefore working on several hub and spoke opportunities. Watch this space!”

Pharmacy sector on the fence about new dispensing model

The bill included proposals to roll out a hub-and-spoke dispensing model across community pharmacy. However, any plans for the model must be subject to a “full public consultation” before they come to fruition.

The Association of Independent Multiple Pharmacies (AIMp), the Company Chemists' Association (CCA), the Pharmaceutical Services Negotiating Committee (PSNC), the Pharmacists’ Defence Association (PDA) and the National Pharmacy Association (NPA) were some of the bodies participating in the discussions held by the Department of Health and Social Care (DH) on the matter.

In April, they told C+D about the advantages a hub-and-spoke model could bring to the sector and flagged the potential pitfalls to be addressed before any model for automated dispensing is introduced, such as the “huge cost” of technology required to implement it.

C+D also hosted a Big Debate on the C+D Community in April, asking whether a hub-and-spoke model could ever truly work for independent pharmacies.