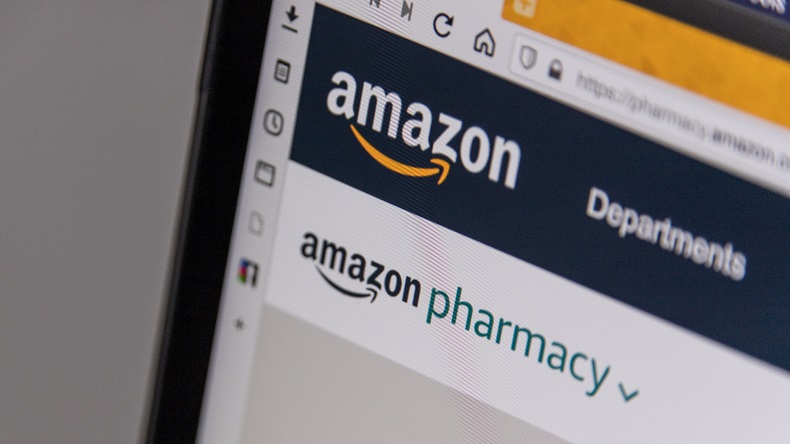 10% of customers who do not currently buy regularly from Amazon would use Amazon Pharmacy, the survey found

Over four in 10 Amazon customers said they would use the company’s pharmacy platform to purchase medicines, a survey has found.

A study run by Simon-Kucher & Partners, a global strategy and marketing consulting firm, revealed that 41% of UK customers would choose the company’s pharmacy platform for medicines purchases once it became available.

The study was based on a representative sample of about 1,000 individuals in the UK. It also found that 10% of customers who do not currently buy regularly from Amazon are open to using Amazon Pharmacy once it is available in the UK.

Meanwhile, just under a quarter (24%) said they would opt to use a bricks-and-mortar pharmacy from which to purchase their medicines.

One stated reason why respondents would choose to purchase over-the-counter (OTC) and prescription medicines via Amazon’s new platform was that a “delivery free of charge is crucial”. Other respondents pointed to a “convenient price and an already existing Amazon Prime account”, according to Simon-Kucher & Partners.

On the other hand, the respondents who said they were not willing to try Amazon Pharmacy mentioned the lack of additional services, such as support to quit smoking, the company “lacking competency in the area of pharmaceuticals”, and “loyalty to an existing pharmacy”.

“Pharmacies must get prepared”

Commenting on the survey’s findings, Christian Rebholz, partner at Simon-Kucher & Partners, said: “Considering these numbers...[Amazon Pharmacy] would immediately gain a significant market share and be among the top online pharmacies in the UK. Existing platforms and pharmacies must get prepared and find a way to retain their existing customers and take advantage of their omni-channel presence."

“Amazon Pharmacy would be a highly influential stakeholder for all other market players. Especially, many OTC manufacturers may be pressured by [its] market power, leading to a strong position for Amazon in negotiations,” Mr Tatham said.

“A possible introduction of its private-label brands would result in an even higher pressure, especially for manufacturers of easily substituted products and generics. “One key aspect for every consumer health company’s strategy should also be to establish and build a direct-to-consumer relationship,” he added.

Amazon Pharmacy registered as a UK trademark in December 2020. Amazon declined to comment on the results of this survey or to share an update on when it plans to launch its online pharmacy in the UK.

Legal view: The possible next steps for Amazon Pharmacy

Amazon files for Amazon Pharmacy trademark in the UK