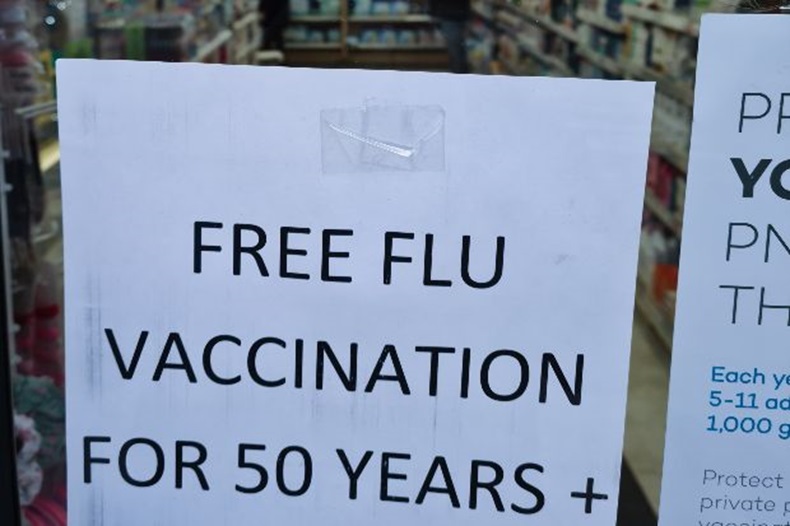 Welsh government: The vaccination of pharmacy staff is their employer’s occupational health responsibility

As pharmacy teams in England, Northern Ireland, Scotland and Wales prepare for the biggest flu season ever, will community pharmacists, staff and locums be offered free vaccinations?

With a global lack of defence built up against influenza, modelling for the 2021/22 season suggests that flu levels in the UK could be up to 50% larger than typically seen.

All of the four UK countries have expanded their flu vaccination services and eligibility criteria in preparation for a predicted record season and pharmacy teams are gearing up for a busier-than-usual winter.

But will all pharmacy staff – including locums – be offered free flu jabs in the process? C+D investigates.

Announcing a further extension to the 2021/22 service on Friday (September 17), the Department of Health (DoH) confirmed that frontline workers employed by health and social care trusts, GP practices, pharmacies and dentists will be offered a free flu jab again this season.

A DoH spokesperson confirmed to C+D that this includes:

“The vaccination programme officially begins on October 1. However, it is expected that GPs will commence vaccinations later this month once they have received their initial orders,” the DoH said in a statement.

Last month, the Scottish government announced that “more people than ever…will be offered the free flu vaccine to help protect as many lives as possible this winter”.

“If working in a community pharmacy, a locum would be included in the programme,” a spokesperson for the Scottish government told C+D on September 21.

“The flu vaccination programme will run from this September until March 2022. All those who are eligible are being urged to take up the offer as soon as possible when invited, to protect themselves and others and help the NHS and social care services avoid additional pressure over the winter period,” the government stressed in a statement.

Wales: Only those in eligible groups

However, unless community pharmacists, pharmacy staff and locums fall into the eligibility categories – those at-risk or over the age of 50 – they will not be offered a free flu vaccination, a spokesperson for the Welsh government told C+D last week (September 17).

“The vaccination of pharmacy staff not in these groups is their employer’s occupational health responsibility,” they said.

“There are many benefits from ensuring pharmacy staff are protected from the effects of seasonal influenza.”

England: To be confirmed…

In guidance sent to flu vaccination providers in July, the Department of Health and Social Care, NHS England and NHS Improvement (NHSE&I) and Public Health England said: “All frontline health and social care workers are expected to have influenza vaccination to protect those they care for.”

“This should be provided by their employer, in order to meet their responsibility to protect their staff and patients and ensure the overall safe running of services. Employers should commission a service that makes access to the vaccine easy for all frontline staff, encourage staff to get vaccinated, and monitor the delivery of their programmes.”

The Royal Pharmaceutical Society said it has “raised concerns” with the NHS bodies in Wales and with NHSE&I “following reports that pharmacy teams across primary care, including locum staff, would not be given access to free vaccinations”.

A spokesperson for NHSE&I told C+D that the final details of flu vaccine eligibility for the 2021/22 season are still being worked out and will be published “very shortly”.

*This article was updated on September 22 to include a statement from the Scottish government, received after the deadline