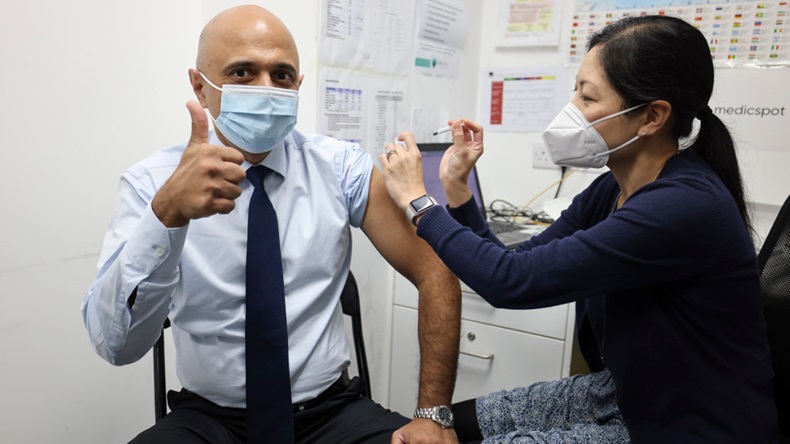 The National Pharmacy Association (NPA) and the Department of Health and Social Care had arranged for Mr Javid to have his flu jab at Keencare Pharmacy – which is part of the Green Light Pharmacy Group and an NPA member – yesterday morning (October 12).

Pharmacist Cynthia Langworthy administered the jab, and Mr Javid also met NPA chair Andrew Lane, who gave him a copy of the NPA’s How We Can Help report during his visit.

Following his flu jab, Mr Javid said: “Alongside the COVID-19 booster jabs, we are rolling out the biggest flu programme in our history, with a record 35 million people in England eligible for a free flu jab to keep them safe this winter.

“I’ve done my bit by getting my flu vaccine, and it’s vital that all those who are eligible come forward for both their flu and COVID-19 booster vaccines, to give themselves and their loved ones the best possible protection in the months ahead.”

He later tweeted a picture of the moment he was given his flu jab, adding that he had “played” his “part in the biggest flu programme in our history”. He also encouraged everyone eligible for a flu jab to take up the offer.

Health secretary “very appreciative of the key role of pharmacy”

Mr Lane said the NPA was “delighted to have helped arrange for NPA member Green Light Pharmacy to vaccinate the health secretary against flu”.

“It also gave us the opportunity to have an initial conversation with [Mr Javid] about how pharmacies can help meet the backlog challenge facing the NHS,” Mr Lane added. 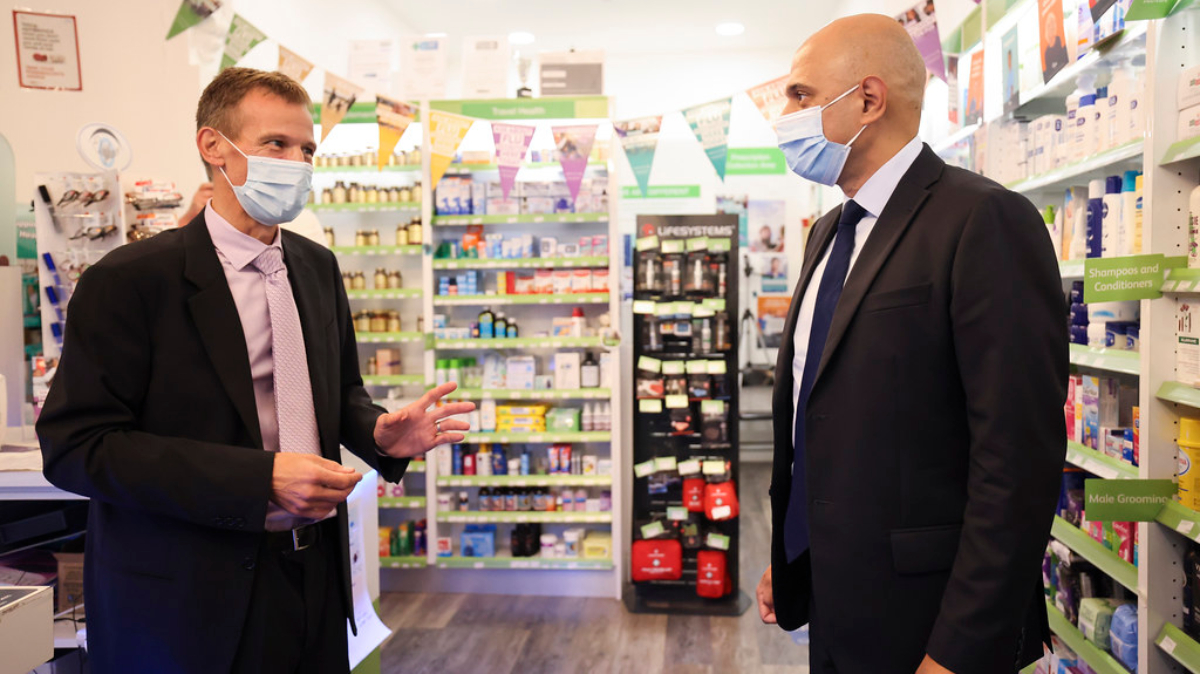 While Ms Langworthy said: “It was great to host the health secretary here at our pharmacy and vaccinate him against flu.

“We spoke about the wide range of services pharmacies provide. He recognised our efforts during the pandemic and was very appreciative of the key role of pharmacy in the NHS and we discussed how pharmacy is often the ‘front door’ of the NHS for many of our patients.”

Pharmacies in England have already administered more than 1.8m flu jabs as of yesterday (October 12) since the service began on September 1, according to provisional data collated by the Pharmaceutical Services Negotiating Committee.

Meanwhile, Community Pharmacy Wales revealed yesterday that pharmacies in the country had provided 19,292 NHS flu vaccinations last week, taking the total number of flu jabs administered since September to over 50,000.

Pharmacist visits Department of Health to give ministers flu jab