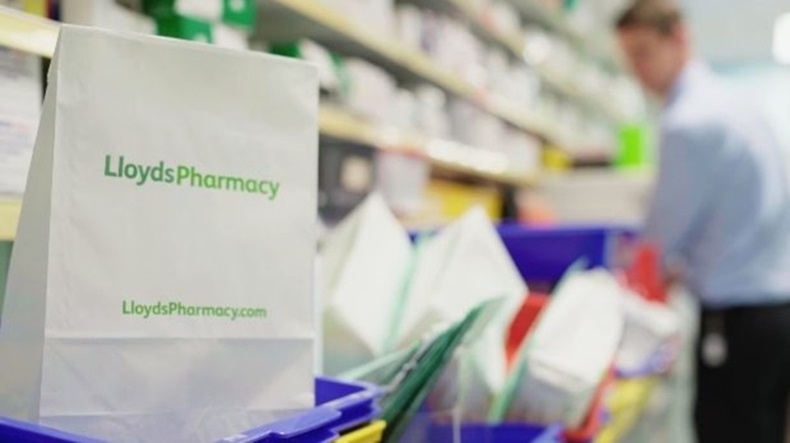 Following the news that Lloydspharmacy’s parent company has been snapped up by a private equity firm, C+D looks back over 10 tumultuous years of buyouts, branch closures and an app that is shaking up the sector

As the second largest community pharmacy chain in the UK, Lloydspharmacy has rarely been out of the headlines over the years – not always for positive reasons.

With last week’s news of a second multi-million-pound takeover of the multiple’s parent company in less than 10 years, C+D analyses the Lloydspharmacy story from that first buyout to today.

In October 2013, it was announced that US healthcare giant McKesson had struck a £5.1 billion ($8.3bn) deal to buy Lloydspharmacy and AAH’s parent company Celesio by 2014.

The deal with McKesson made the combined company one of the largest pharmaceutical wholesalers and healthcare service providers in the world, putting it on par with what was at that time the Boots and Walgreens Boots Alliance partnership.

Back then, Lloydspharmacy and AAH had more than 80,000 employees and predicted annual revenues of more than £92.6bn ($150bn).

While the deal was finalised in 2014, it wasn’t until five years later that Celesio officially changed its name to reflect its US owners.

The multiple’s 2015 decision to buy the Sainsbury’s pharmacy business – 277 in-store pharmacies and four branches located in hospitals – was met with some scepticism. The £125 million deal would make Lloydspharmacy services "more accessible", according to the chain’s then-managing director, Cormac Tobin.

But with the threat of the potential merger “result[ing] in a substantial lessening of competition”, the government’s Competition Markets Authority (CMA) launched an investigation.

After nearly a year’s scrutiny, the competition watchdog gave the greenlight to the Sainsbury’s pharmacy business buyout, under the condition that the multiple sell 12 branches in England and Wales, to prevent it from “reducing service quality to increase profits"  in certain areas.

The handover was finally completed in September 2016. In 2018, C+D revealed that 10 of the Lloydspharmacies in Sainsbury's stores had closed in the two years since the multiple acquired them.

Just recently, Lloydspharmacy announced it was reducing the trading hours of its 100-hour branches located in Sainsbury’s supermarkets until January 2022 due to “workforce challenges”.

In 2017 came news that rocked the sector: Lloydspharmacy would cease trading in 190 “commercially unviable” branches across England, in response to “changes to government policy on reimbursement and retrospective clawbacks over the past two years”.

While the branches represented around just 15% of the multiple’s total real estate, Lloydspharmacy’s high-profile decision to close or sell branches in an effort to secure its financial survival showed the extent to which the government’s swingeing funding cuts had impacted the sector. And, where multiples lead, others tend to follow…Could Lloydspharmacy’s decision spark a wave of pharmacy closures?

Perhaps the writing was already on the wall for Lloydspharmacy, as subsequent financial reports from its parent company indicated that the circa 190 “divestments” were not enough to rescue ongoing profit drops.

One week after the multiple’s announcement to cease trading in selected branches, Mr Tobin resigned, paving the way for Toby Anderson to join the multiple the following September from Superdrug’s parent company, A.S Watson.

Lloydpharmacy’s business history isn’t all littered with doom and gloom. The multiple is known for trialling new services, which more often than not are picked up by other providers in the sector – whether that’s a weight loss service or health checks in selected branches. The company’s MASTA travel clinic brand has been successfully serving customers for more than 30 years.

And perhaps one of the multiple’s greatest success stories is the rapid growth of its app, now known as Lloydsdirect. McKesson UK acquired the repeat prescription app Echo in 2019, and at last count had racked up 554,170 nominations, according to data from the NHS Business Services Authority (NHS BSA) – second only to online giant Pharmacy2U.

Earlier this year, the multiple partnered with Royal Mail to pilot speedier deliveries via Lloydsdirect, with high hopes to eventually be able to offer a same-day delivery service.

Where we are today

After months of speculation that McKesson UK was being eyed up by three financial investment companies, November 2021 brought with it the news that Aurelius Group had snapped up the business for a cool £477m.

McKesson expects the sale of its UK businesses – including 1,325 Lloydspharmacies across the UK, the wholesaler AAH, app Lloydsdirect, Lloydspharmacy Online Doctor, travel health service MASTA and its John Bell & Croyden branch in London – to close in the fourth quarter of fiscal 2022, until when it will “continue to operate” its UK portfolio.

“The assets involved in this transaction contributed approximately $7.8 billion (£5.7bn) in revenue, and $64 million (£46.9m) in adjusted operating profit in fiscal 2021,” McKesson chief financial officer Britt Vitalone said in a conference call on the company’s second quarter fiscal results for 2021/22.

“It is likely that Lloydsdirect still has significant growth potential” based on previously reported rapid uptake, he told C+D.

Aurelius will undoubtedly be undertaking a “thorough review of assets over the coming months”, and it is “impossible” to tell yet if McKesson UK's new owner will choose to sell off any Lloydspharmacy branches, he said. But the multiple’s online and app offerings are likely to be pretty attractive propositions for its new private equity owners.

In the meantime, the market waits with bated breath to see what impact this could have on the wider sector. Judging by Lloydspharmacy’s business moves over the past decade, Aurelius Group’s foray into the UK pharmacy sector is likely to create a stir.

What do you make of the Lloydspharmacy sale announcement?