Further temporary and permanent closures of community pharmacies will “be unavoidable” if the government does not take action to resolve the pharmacist workforce crisis affecting primary care, the CCA has warned. 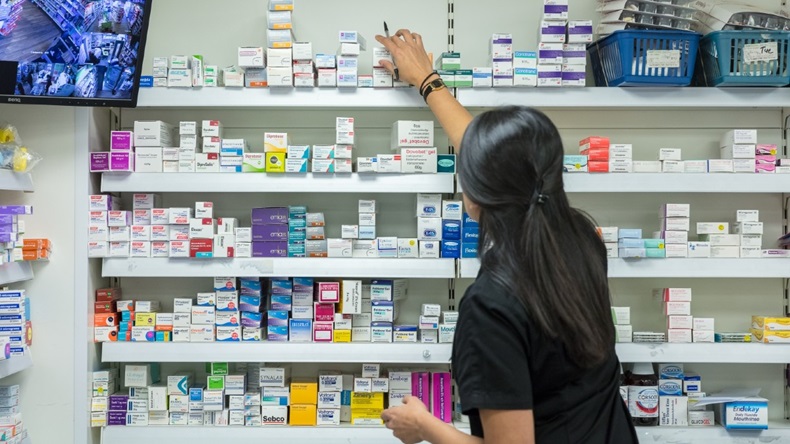 “Pharmacist workforce shortage has been exacerbated by COVID-19, Brexit and ongoing NHS reforms”

Patient access to care, medicines and advice will also be compromised, the Company Chemists’ Association (CCA) said in a statement yesterday (November 16).

The trade association revealed that it is “extremely concerned” that there are not enough pharmacists or pharmacy technicians in England to meet the needs of patients and the NHS.

This shortage, it said, “has been exacerbated by COVID-19, Brexit and ongoing NHS reforms”.

The CCA added: “In future, if pharmacies cannot find enough pharmacists, further closures, both temporary and permanent, will be unavoidable.

“The shortage of pharmacists has also led to rapidly escalating employment costs, which are impacting the viability of pharmacies in some areas.”

C+D has approached the Department of Health and Social Care for comment.

According to the CCA, almost 3,000 full-time equivalent pharmacists have been recruited into primary care networks (PCNs) since 2019.

This “continued recruitment drive” of pharmacists into PCNs has “begun to bite in community pharmacies”, the CCA cautioned, adding that there have been instances in the past few months where “pharmacies have been unable to find a pharmacist during times of higher demand”.

By 2024, the NHS plans to recruit more than 7,000 pharmacists in England. However, the CCA said that there are “no concrete plans to actively encourage students to take up additional places at universities”.

The CCA is pleased that the government has invested “additional financial support for some parts of primary care” through the GP winter access scheme, it said.

However, it is also concerned that the government’s approach represents “a short-sighted attempt to address GP pressures without regard to replenishing pharmacists in other parts of the primary care system, such as community pharmacy”.

It added: “This is akin to robbing Peter to pay Paul.”

“A significant threat to healthcare in England”

CCA CEO Malcolm Harrison said: “The pressures facing the pharmacist workforce, and the creation of new positions in the NHS, when insufficient additional pharmacists are being trained, are a significant threat to healthcare in England. Fundamentally, without action patient access to medicines is likely to suffer.”

Prior to the publication of the CCA’s statement, Jeremy Meader – managing director of Numark – told C+D on Monday (November 15): “What we must avoid is sectors competing with each other for pharmacists and pharmacy technicians who are in short supply, as that is simply...a zero-sum game adding nothing to improving patient care.”

“Community pharmacy is experiencing an acute workforce crisis that will only get worse as PCNs, integrated care systems and health boards seek to recruit more pharmacists and pharmacy technicians. We need to ensure there is capacity as well as capability. We need substantial services for independent prescribers in community pharmacy in England, similar to what we have in Scotland and Wales.”

NHSE&I to meet with pharmacy bodies in December

Following the CCA’s statement, the Association of Independent Multiple pharmacies (AIMp) CEO Leyla Hannbeck told C+D that the NHS’s plan to recruit more than 7,000 pharmacists by 2024 will create “an uneven playing field that pharmacies who are in year five of a seven-year funding cut cannot compete with”.

She added: “Where will they come from? Mostly from already stretched community pharmacies and hospitals. It is madness. Even crazier, the move to entice pharmacists away comes just at the point [when] the NHS is encouraging community pharmacies to help alleviate the pressures on GPs by offering additional services.

“How can they [offer these services] when they are struggling with workforce pressure? It’s the right hand paying no attention to what the left is doing. AIMp has been writing directly to NHS England and NHS Improvement (NHSE&I) providing evidence of the impact of temporary pharmacy closure on patients and communities.

“A meeting has now been arranged by NHSE&I with pharmacy bodies in early December to discuss the issues and hopefully find a solution. This situation cannot continue.”

“We know we’re not perfect”

Earlier this year, pharmacists were added to the government’s ‘shortage occupation list’. This decision was welcomed by AIMp, which at the time told C+D that “community pharmacy continues to lose experienced pharmacists to PCN-related activity”.

In August, Community Pharmacy Scotland also called for a “temporary stop” to the recruitment of pharmacy professionals to GP and primary care support roles, to prevent a further “workforce drain” in the sector.

In an open letter to “all who work in pharmacy”, published today (November 17), Well Pharmacy operations director Louis Purchase appealed to pharmacists to consider joining the Well workforce.

“If this sounds like the sort of place that suits you, we would love to talk. Think about coming to work with us,” he said.

“We know we’re not perfect, but we won’t stop trying – to listen, to learn and to improve. So that everyone can be part of a team that can feel proud, valued and secure. In a business that is stable, innovative and caring. With a team that is in it for the long haul.”

Meanwhile in September, Lloydspharmacy sent sweets and a card to pharmacists working for competitors, in a bid to attract “the best talent in the market”.

Government to plough up to £15.9m into training for pharmacists and pharmacy technicians