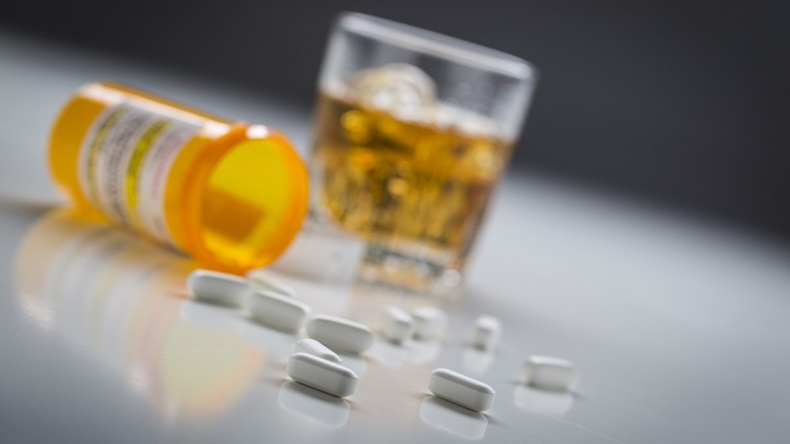 Is addiction more prevalent among pharmacists than in the general population? And, either way, what more can be done to help those suffering?

Addiction affects thousands of people across the UK, with over half a million people estimated to suffer from alcoholism and a rising number of drug-related deaths by opioid abuse.

Perhaps more so than other healthcare professionals, pharmacists and their teams handle and have access to a lot of prescription medication. But are they any more likely to develop an addiction than a member of the public?

Knowing the scale of the issue is one question. Another concerns what is and can further be done to support those suffering with an addiction, especially through the fitness-to-practise (FtP) process.

In August, pharmacist Jamie Richardson came forward to tell C+D his story about being struck off the register after stealing drugs to feed his opiate addiction, in order to emphasise his belief that coming forward sooner rather than later is the quickest route back to a normal career in pharmacy.

Meanwhile, in an exclusive blog for C+D, locum pharmacist Bob Dunkley shared his candid tale of years of battling drug and alcohol addiction.

So how widespread is addiction within pharmacy, and what more could be done to tackle the problem?

“Not enough” research into prevalence among pharmacists

According to results of a freedom of information (FOI) request, C+D understands that there have been 21 pharmacists suspended or removed from the General Pharmaceutical Council (GPhC) register in the past decade where their case involved drug or alcohol use, misuse or abuse.

The regulator noted that of these 21 cases, none that are currently fully published – ie with the relevant parts of the FtP hearing held in public – relate directly to addiction.

Hearings relating to health conditions, such as addiction, are usually held in private and the determinations are not published, the GPhC explains, which suggests that the true extent of the number of pharmacy professionals who have faced regulatory action because of addiction-related issues could be much higher.

The professions’ charity, Pharmacist Support, was able to give a more in-depth view of the situation. It told C+D that it has made 95 referrals to its specialist addiction counsellor in the past five years, who had provided 360 “acts of support” to those struggling with addiction.

Most pharmacists who approach them are already in the FtP process when they do, the charity says.

Rowena Simm, senior service delivery officer at Pharmacist Support, stresses that the charity does not know how widespread drug and alcohol addiction is among pharmacists as “there has not been enough research into this area”.

In terms of addiction cases, 2021 has been “relatively quiet so far, but that may not necessarily reflect a reduction in need”, she says. 2017 was the charity’s busiest year, with 29 individuals seeking addiction support. It had 18 calls in 2020, up from 15 and 16 calls the two years prior.

According to results of the 2020 C+D Salary Survey, 18% of the 514 pharmacists who responded to it said they were drinking more than usual to cope with the stress of the past year; 1% were using prescription medication inappropriately and another 1% noted using illegal substances.

“The full impact of these past 18 months – that have increased the pressures felt by our pharmacy family – we are yet to fully understand,” Ms Simm cautions, adding that recovery in isolation was “not a realistic option” as “a characteristic of addiction is isolation”.

Statistics published by Public Health England's National Drug Treatment Monitoring System (NDTMS) found that between April 2019 and March 2020, nationally there were 270,705 adults in contact with drug and alcohol services – a similar level to that of the previous year (268,251). This accounts for just under 0.5% of the UK population.

NDTMS said in its report that: “The numbers of people entering treatment for the first time now seem to have stabilised after falling steadily since 2013 to 2014.”

“We encourage professionals struggling with addiction to speak up about it, and seek support, as soon as possible. If something can be addressed early, then it can prevent it from becoming a bigger issue in the future.

“It’s important to say that [the] fitness-to-practise (FtP) [process] isn’t punitive, our role is not to punish those that share information about addiction. For example, those professionals with an addiction who share that information with the GPhC will be signposted to organisations that can provide support (for example, Pharmacist Support). In some cases the matter can be managed locally with their employer or possibly through a voluntary agreement.

“In most cases of this nature, addiction is treated as a health concern. However, in other cases, addiction can be present, for example theft of medication to support an addiction. When that occurs, we may need to take further action depending on the circumstances of the concern.

“Within the FtP process, an independent committee, in the most serious cases, may ask the professional to agree undertakings or it may impose conditions.

“Undertakings are an agreement between the GPhC and a registrant about their future practice. The aim of undertakings is to allow the professional to continue to practise, but with restrictions. They may include restrictions on a professional’s practice or a commitment to practise under supervision.

Pharmacist Support told C+D that while most pharmacists who approach the charity are already in the FtP process, around 2% start that journey of their own accord, after recognising they need help and declaring as much to the GPhC.

As medical professionals, a charge could be made that one should know better when it comes to substance misuse. However, Mr Richardson comments that “when you are in active addiction, your level of denial is profound”.

“Had I objectively been looking at someone else behaving that way and taking that quantity, I'd be like: ‘You've got a really bad problem,’” she says. “But when it's you, you don't see it as clearly.”

“Many try to manage the problem on their own but, depending on the level of the addiction, may relapse and continue on a cycle of addiction abuse,” Ms Simm explains. Very few pharmacists in the charity’s experience have felt able to speak to their employer about their issue.

“Admitting to addiction may seem like admitting to weakness and it can be very difficult for someone facing addiction to ask for help, particularly when they feel their life, relationship and/or career are on the line,” she says.

Are pharmacists more susceptible to addiction?

Meanwhile, Ms Simm explains: “There don’t appear to be any particular patterns when it comes to the causes of addiction. Every case is unique. People’s triggers can vary as can their coping mechanisms.”

Although in most cases, she says, the pharmacist receiving support will have been battling an addiction for “many years” and “it’s not that an addiction develops when they become a pharmacist”.

Anecdotally, pharmacists suffering from an addiction tend to hide their problems, rather than be open about it with colleagues, employers and the regulator. In Mr Richardson’s case, this extended the length of time he was off the GPhC register from a matter of months to nearly a decade.

One addiction specialist Pharmacist Support spoke to describes the issue: “Professional training can reinforce the idea that professionals need to set themselves apart from the vulnerabilities of ‘ordinary’ people and maintain a self-sufficient position of strength and dependability. After all, these are people to whom others look for help and guidance.

“The professional persona can be a trap because of the stigma that dogs addiction. For the addicted professional, this can lead to isolation, secretiveness and a reliance on one primary addictive relationship with drugs or alcohol to fulfil all of their needs.”

One anonymous case study (see Joseph below) – shared with C+D by Pharmacist Support – explains the effects of this: “I began neglecting my professional responsibilities. I felt unable to attend an FtP hearing and was removed from the register for a number of issues relating to my practice.

“I became depressed to the point where I neglected everything, including my own health and relationship with my family. I later lost my house and car due to financial troubles, and my only way to deal with the situation was intoxication and denial.”

What more can be done?

Regardless of whether addiction among pharmacists is more or less prevalent than in the wider population, pharmacists suffering from an addiction are doing so with safety and regulatory responsibilities. So, what should someone do if they find themselves in such a situation, and what can be done to improve their experience of addiction?

The GPhC encourages those with a problem to come forward as soon as possible (see sidebar). “If something can be addressed early then it can prevent it from becoming a bigger issue in the future,” it says.

The regulator stresses that addiction is treated as a health concern rather than a regulatory one, something that Mr Richardson can attest to.

Ms Simm suggests: “While recovery from addiction can seem daunting, with the right strategies, treatment and support, change is possible.” However, she highlights some areas where she feels the sector could do more, especially when it comes to stigma and understanding.

“As with mental health, there is also a stigma surrounding addiction,” she explains. “Some of those we’ve supported through recovery, for example, have struggled to find an employer prepared to supervise a registrant with conditions.

“We do receive calls from concerned colleagues and relatives, who often feel powerless and unsure of how they can help. [We suggest] equipping themselves with information on the support available, so that they may pass it on to the individual concerned is valuable.”

“People do not set out to become addicts”

The important thing to remember, says Ms Simms, is that there is always a story behind someone’s addiction that needs to be taken into account.

“People do not set out to become addicts,” she says. “Their reasons for taking drugs or drinking may have at some point served a purpose such as relieving stress or boosting confidence.

“What happens when someone becomes addicted is that they cross a line into psychological dependence and (depending on the substance) possibly physical dependence. When this stage is reached, the original reasons for drinking or using drugs become irrelevant, as addiction becomes a self-perpetuating cycle.”

At present there are an unknown number of pharmacists in the UK caught in that self-perpetuating cycle, and perhaps we will never know how many. But perhaps on a positive note, what the statistics from Pharmacist Support show is that people are seeking help and seven in 10 are finding a way out of addiction after the first stint of rehab. And with pharmacists such as Mr Richardson and Mr Dunkley willing to open up about their experience and methods of dealing with addiction, we may be moving some way to breaking down that stigma.