The Northern Ireland protocol is already impacting generic medicines supply and shortages, and price rises will only worsen if a patient-centred approach isn’t agreed on fast, BGMA chief Mark Samuels has warned 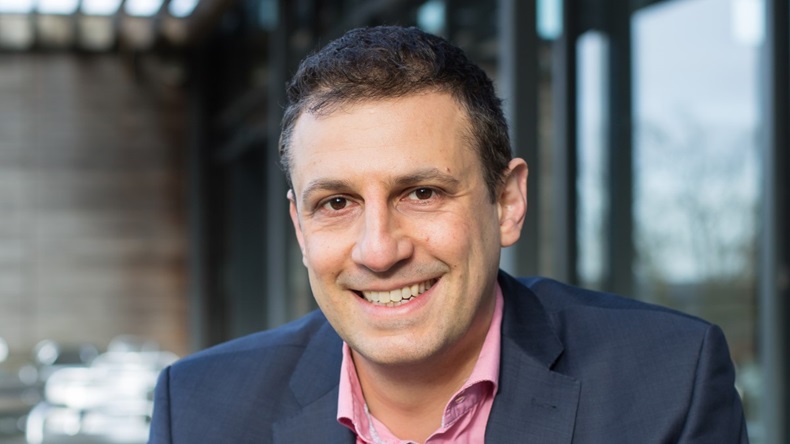 Mark Samuels: Brexit discussions between the EU and the UK matter enormously, and they matter now

It took 15 hours 26 minutes. First achieved by "Torpedo" Tom Blower in 1947, it proved unrepeatable until 1970. The 22-mile swim from Great Britain to Northern Ireland is more demanding (freezing water, stronger currents, nastier jellyfish) than the front crawl from Dover to Calais. Getting from Great Britain to Northern Ireland, it seems, can be challenging.

While "Torpedo" Tom had to worry about the infamous lion's mane jellyfish, he didn't have to contend with a border in the Irish sea, as medicines suppliers do. Almost all of Northern Ireland's medicines come from Great Britain, and a sting in the Northern Ireland protocol hurts the supply chain.

It's easy to glaze over, perhaps slightly, in the back and forth of Brexit discussions and become desensitised to the escalation of threats between the European Union and the UK's government. Isn't it all part of the process as both sides jockey for position towards an eventual agreement? Isn't it just a row about sausages and eel fisheries? What even is Article 16, and who cares? Well, the truth is, it matters enormously, and it matters now.

The protocol itself covers numerous sectors and products, but what could be more important than medicines? Generic medicines make up four out of five products prescribed in the UK, including Northern Ireland. Implementation of the protocol is currently suspended by an indefinite grace period as both sides seek to make the best of the agreement and limit potential disruption.

However, the implications from the protocol pose a real threat to the generic medicine supplies now. This threat is not some theoretical scenario or a dystopian window on the future that has been artificially exaggerated to push forward diplomatic will. Instead, reality – like the tide – is creeping in. And this reality can be seen on pharmacy shelves in the region. The situation will only worsen unless the political wrangling comes to an end and a patient-focused solution is agreed upon.

Our industry thrives on simplicity and efficiency as margins are typically razor-thin, and to maintain supply, certainty on the operating environment is crucial. Supply to Northern Ireland has always been successfully carried out principally by medicines emanating from Great Britain. This system gives the UK one of the world's lowest expenditures on generic drugs – a fact reaffirmed by the Organisation for Economic Co-operation and Development.

Neither side's protocol proposals currently provide a longer-term certainty on potential divergence in rules, and medicines manufacturing is not a tap that can be easily turned on and off.

If you examine the latest proposals put forward from the EU, you could be mistaken for thinking progress is being made. Its latest plan rowed back on an earlier insistence that quality control laboratories need to be duplicated on the ground in Northern Ireland. That is a big tick.

However, more broadly, it is ultimately unworkable because it does not provide legal certainty for manufacturers if other negotiations fail. The EU's proposal includes practical barriers to allowing Northern Ireland to be supplied with the same packs as the rest of the UK.

For example, it is critical for the Medicines and Healthcare products Regulatory Agency (MHRA) to be able to grant UK-wide licences; the Great British and Northern Irish elements of the licence must be assessed together in the same way. This ability needs to be an enduring solution so that – if the UK and EU diverge on medicines regulation – it doesn't immediately break any agreement.

We believe the MHRA should assess and maintain the majority of licences without the necessity to participate in decentralised procedure or mutual recognition procedures. Among a sea of theoretical fixes, it's a practical solution. Otherwise, the further work created by what is, in reality, managing a separate Northern Ireland dossier will, in most cases, render sustainable supply unviable because of the additional complexity for both industry and regulators. It's sink or swim.

In the absence of a long-term solution or certainty, the immediate impact is already being seen. Hundreds of medicines are already on notice with the UK health authorities for discontinuation. But these discontinuations are only the first wave. Medicines for Europe, which represents the generic industry at the EU level, has issued a bigger storm warning.

The only way to avoid this storm is a UK-wide licence. Otherwise, there will be shortages and price rises.

Any withdrawal of a drug is made as a matter of last resort and with the utmost reluctance. Our industry has been issuing warnings for nearly a year. Political brinkmanship is one thing as part of a broader intervention, but it must not impede patient access to medicines.

I would urge all sides to expedite discussions and agree on a solution now that allows manufacturers to continue supply as they have always done. Anything less is non-negotiable in our view.