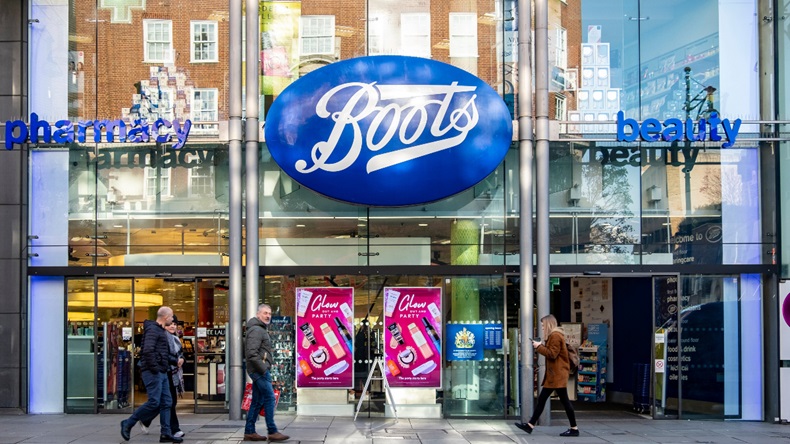 Boots: Still plenty of appointments available for those aged under 65

Due to “extremely high demand”, Boots pharmacies are “nearing the end” of their flu vaccine stock for patients aged over 65, a spokesperson has told C+D.

Boots UK has experienced “the highest ever demand” across the UK for its winter flu jab service since it launched in September, a Boots spokesperson told C+D.

The multiple has “already administered almost double the number of flu vaccines than we did by the same time last year,” the spokesperson added.

But high demand has meant that Boots pharmacies are “nearing the end of [their] stock” of adjuvanted quadrivalent flu vaccines, which are used for patients aged 65 and over, the spokesperson warned. “Our remaining stock will be used to fulfil existing appointments,” they said.

However, they said, there are still “plenty of appointments available” for patients under 65.

No supply worries reported by Lloydspharmacy and Superdrug

Meanwhile, Lloydspharmacy and Superdrug have told C+D that they have not experienced flu vaccine supply issues.

Superdrug has maintained “good supplies of flu vaccines this year”, a spokesperson from the multiple said, “despite an increase in demand”.

A Lloydspharmacy spokesperson told C+D that the multiple “relocates provisions based on appointments”.

The wholesaler AAH told C+D that it is not experiencing any shortage of flu vaccines and is “supplying all provisions as agreed” with customers.

Early this month, the Evening Standard and The Telegraph reported that some pharmacies were rapidly exhausting their supplies of flu vaccines and that others had to cancel flu jab appointments due to delays in vaccine deliveries.

However, the Department of Health and Social Care (DH) told C+D that there are “no national supply issues with flu vaccines”.

The DH is “working closely with flu vaccine manufacturers”, it said, and it is “confident in their ability to deliver vaccines this season”.

The DH announced on October 8 that it had secured additional supplies of influenza vaccines, “as a temporary measure for this year only” to achieve higher vaccine uptake rates.

Last month, C+D reported that the stock was due to arrive from early November onwards, to top up local supplies once they run low.

Reena Barai, owner of the S G Barai Pharmacy in Sutton, told C+D that she thought “many pharmacy teams probably under-estimated the demand this year”, possibly leading them to use up their available supply of vaccines “by mid-October”.

Although the DH organised for a boosted supply of flu vaccines to go to pharmacies to meet this year’s increased demand, these vaccines “didn’t become available until November”, Ms Barai continued.

“So, there was a lag time over which many wouldn’t have been able to vaccinate [patients], potentially”, she said.

Until that point, Ms Barai’s pharmacy team was “having to keep a tally” of the vaccines they were booking in and using up and “putting people on a waiting list”, she said.

“Supply is patchy and not consistent”

Leyla Hannbeck, CEO of the Association of Independent Multiple pharmacies (AIMp) told C+D earlier this month that this year’s flu jab supply is “patchy and not consistent”.

She told C+D that she had asked NHS England and NHS Improvement to “amend the patient group direction” for vaccines intended for patients over 65, “to help with supply issues” after AIMp members flagged issues with vaccine stock.

“Where there are shortages of any medicine, it is frontline locum and employed pharmacists that face patients and their families”, he warned.

Mr Day advised employers to “openly communicate with pharmacists about the situation and support them to help patients in the best way”.

Last month, the PDA also shared guidance on “prioritising a safety-first approach to flu vaccinations”, after concerns were raised over safe staffing levels due to high demand for flu vaccinations.

In September, flu jab manufacturer Seqirus announced it had remodelled its delivery schedule to minimise delays, after it had told pharmacies in England and Wales of a “one-to-two-week delay of scheduled vaccine delivery”.

In October, pharmacies in England smashed the 2020/2021 flu vaccine record, delivering almost  2.9 million jabs since the programme began in September.

According to provisional data collated by the Pharmaceutical Services Negotiating Committee, community pharmacies in England have administered more than 4.3 million flu jabs as of yesterday (November 28). Earlier this month, Welsh pharmacies also delivered a record 102,110 flu jabs two months into the season.

Flu service latest: Pharmacies not too impacted by jab delays and trained staff able to administer