Despite a coalition of pharmacy bodies and drug and alcohol charities calling for national funding for locally commissioned service provision to tackle rising drug-related deaths, a national review made no mention of pharmacy. What more can be done? 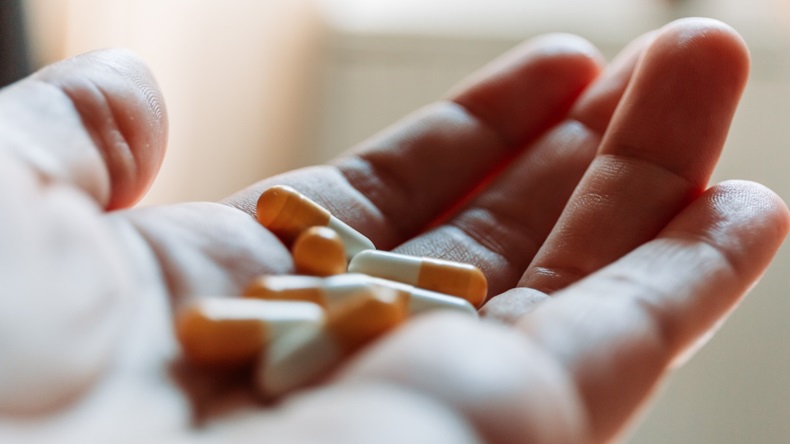 Change Grow Live: "Pharmacy isn’t being given enough recognition for all it does to help drug users"

“You can only cure addiction if the people are alive. So, the first thing we need to do is to keep them alive.” So says Mohammed Fessal, chief pharmacist at substance misuse charity Change Grow Live.

Yet drug-related deaths are on the rise. In August, the Office for National Statistics (ONS) announced that there had been 4,561 deaths related to drug poisoning in England and Wales for the previous year, 3.8% higher than in 2019.

Since 2015, 19% of the 3,768 kits Change Grow Live has supplied to pharmacies in England have been used in an overdose situation, compared with 4% of kits supplied elsewhere.

A coalition of pharmacy bodies and drug and alcohol charities are now calling for national funding for locally commissioned services that best utilise community pharmacy.

It stands to reason, then, that pharmacy should have played a large part into Dame Carol Black’s report on drug misuse in the UK (pictured below), the second part of which was published in August and covers prevention, treatment and recovery in the UK. But there is – conspicuously – not a single mention of pharmacy in either the report itself, or the 32 recommendations that have come out of the two-part review.

Why are pharmacies being left out of the picture, and what more can be done to prevent drug-related deaths?

The ONS figures reveal that two thirds of deaths from drug poisoning related to drug misuse, with more than double of these deaths (3,108) among men compared with women (1,453).

The most common drug death was due to opiates, accounting for 49.6% of all registered poisonings, rising to 64.5% when deaths with no drug recorded on the death certificate are excluded. Heroin and morphine continued to be the most frequently mentioned opiates, the ONS adds. 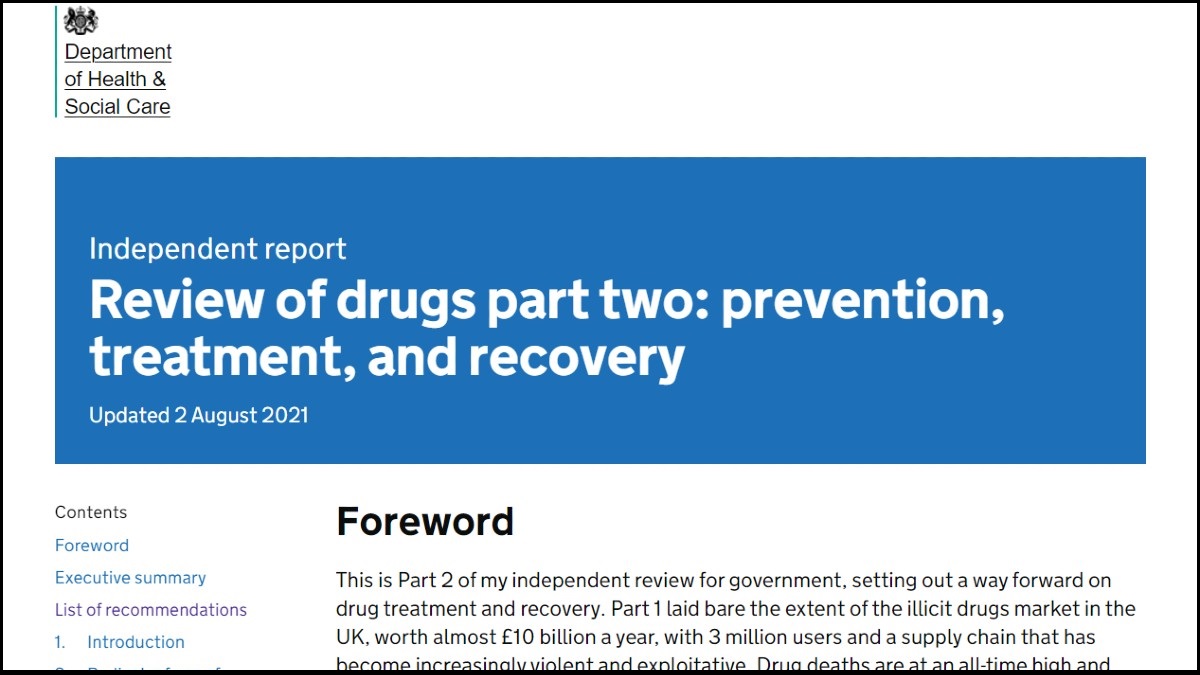 Rates of drug-related deaths remain elevated among those born in the 1970s, with the highest rate being among those aged 45-49.

Mr Fessal tells C+D the increase in drug-related deaths is “unfortunately a trend that we've seen over years – decades, even”.

“It's an issue we've got across the country and one that we've grappled with for years now. And there's a lot of factors you can point to as to why that might be happening and things we can do, including what we can do with community pharmacies.”

On the same day the ONS released its latest drug death figures, the government announced that, subject to an eight-week consultation, pharmacists could be eligible to “hold and give” naloxone, a prescription-only medicine that is administered to reverse the effects of opioid overdoses. The results of this consultation are due to be published “in due course” the Department of Health and Social Care (DH) tells C+D.

Mr Fessal explains that Change Grow Live has been giving out naloxone since 2013 and the charity works with thousands of pharmacies across England, Scotland and Wales. Naloxone partnerships and training sessions have been happening since 2019, made possible by changes made to the Human Medicines Regulations 2012.

The fact that so many more of the charity’s overdose kits are used in pharmacies than in other settings is striking. Asked why there is such an imbalance, Mr Fessal comments: “Most pharmacies can attract people who are not in structured treatment.

“These are people who are looking to needle syringe programmes [for support]. They just want to use and don't want to engage with anyone. So [pharmacists] end up being the only healthcare professionals that are seeing these people.

“We have services already supplying kits to reconstructive treatment,” he adds. “[With] reconstructive treatment, you're getting a lot of the help that you need […] whereas with community pharmacy, they attract the type of people who, like I said, aren't in structured [treatment]; they're using on a daily basis. So, the probability and likelihood for them to encounter an overdose situation is multiples higher.”

But it is a problem that pharmacy isn’t being given enough recognition for all it does to help drug users. The fact that there is “not a single mention about one of our closest, one of our most worked partners in the drug and alcohol field, in the entire report…is quite significant”, Mr Fessal stresses.

“Community pharmacists have already done quite a lot, and to some degree they have probably gone unappreciated or unnoticed. We know we work very well with community pharmacies and they've stepped up a lot.”

While pharmacists may already be treating a lot of drug misuse patients, there is a growing sentiment that, as the healthcare system comes out of the COVID-19 pandemic, there is both an opportunity and a need to update service provisions – and fund them adequately.

In a joint statement published in August, a group made up of local pharmaceutical committees (LPCs) and the Pharmaceutical Services Negotiating Committee, alongside a coalition of drug charities, NHS Addictions Provider Alliance, and the English Substance Use Commissioners Group said that “there is a clear rationale for looking at wider pharmacy service provision, beyond dispensing and supervision as treatment service requirements adapt”.

“There is a clear rationale for looking at wider pharmacy service provision, beyond dispensing and supervision as treatment service requirements adapt.”

They added that “local authority finances are stretched, and effective local solutions to the provision of substance use related pharmacy interventions will require further national funding to support them. Discussion around national funding is not currently in the pipeline”.

The pressures on community pharmacy are “wider than the provision of supervised consumption”, the joint statement says, “but these pressures are impacting on the ability of pharmacy to provide a range of services for people who use drugs and alcohol, including those that support people in community-based drug and alcohol treatment”.

The coalition of healthcare organisations recommends that “local areas begin or continue local negotiations between LPCs, local government commissioners and providers” in order to “meet local needs and address local issues in service provision whilst the system awaits the national guidance”.

Mr Fessal explains that the “provision style from community pharmacy, on matters such as supervised consumption, has been around for over 20 years, before I was even a pharmacist”.

“We need to see a more policy-driven service that also remunerates [pharmacists] adequately for the time, resources and skills that they put into it,” he says.

Community pharmacies already provide many drug and alcohol treatment services, such as needle exchanges and methadone replacement therapy. Dame Carol Black’s review into drug misuse in the UK recommends that the DH invests an additional £552 million into the drug treatment system, with an emphasis on local commissioning.

But what could this look like for community pharmacy? And how could the money be best used?

“Funding is crucial, and money that's been taken out [of the sector already] is drastic,” Mr Fessal (pictured below) claims. 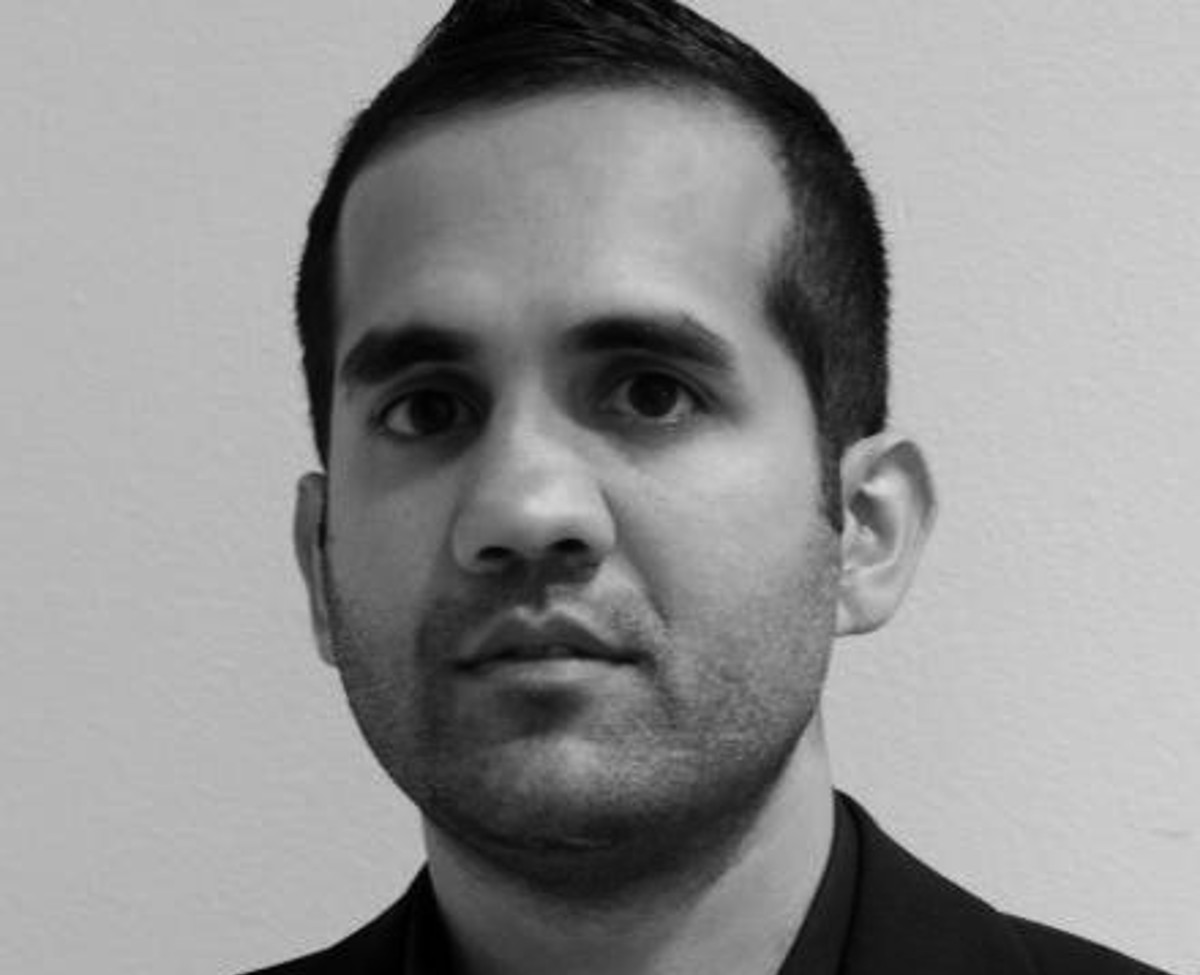 In 2018, a BBC analysis found that £162m had been cut from treatment budgets since 2013/14. And as recently as March this year, the British Medical Journal reported that there had been £26m in real term cuts to youth drug services since 2013/14.

Throwing money at the issue, though, is not the solution, according to Mr Fessal.

“At the moment, drug and alcohol service providers, whether [through] the NHS or outside of the NHS, [and] third sector charities, they hold permission essentially through what is the Public Health England (PHE) arm of healthcare, which is outside the NHS – that itself shows up a lot of challenges on finances,” he claims.

Whereas funding shortfalls in local NHS trusts and clinical commissioning groups could be made up through funding from NHS England and NHS Improvement at large, he says, “it’s not the same thing for private charities”.

“There's not been enough integration into primary care and support that they need,” Mr Fessal says. “Pharmacies are crucial and can play that part with the skills and expertise they have.”

He would “love for NHS England to realise that substance misuse is an integral part of the overall health and care sector, and therefore what our service users need is far more than just drugs and alcohol support; they need everything else that everyone else gets”.

“Now is the time for change”

Mark Moody, chief executive of Change Grow Live, adds that “such an increase in the number of drug-related deaths demonstrates the need for us to take action now”.

“Drug-related deaths are preventable, not inevitable, and now is the time for change.”

“Too many people have died, and each death is a tragedy for families and a loss for our communities. Drug-related deaths are preventable, not inevitable, and now is the time for change.”

It seems we are in a situation where drug deaths are rising, national funding is in real terms less than it was a decade ago, there is no national coordinated plan for tackling drug misuse and, crucially, no regard for community pharmacy – arguably the most able arm of the healthcare system to have an impact on the number of drug-related deaths at a local level.

For those optimistic that there may be an overhaul of the healthcare system to properly accommodate and treat drug misuse, the prospects in the short-term appear fairly glib. In order to do so, any willing government would not only have to provide vast swathes of funding, but reform and redraw the healthcare system. The Health and Care Bill, which is currently making its way through parliament, may provide just such an opportunity, but the signs do not look good when a flagship government review forgets the one part of the healthcare system that could really enhance the lives of at-risk drug users.

Sector should reflect on methadone dispensing after overdose case