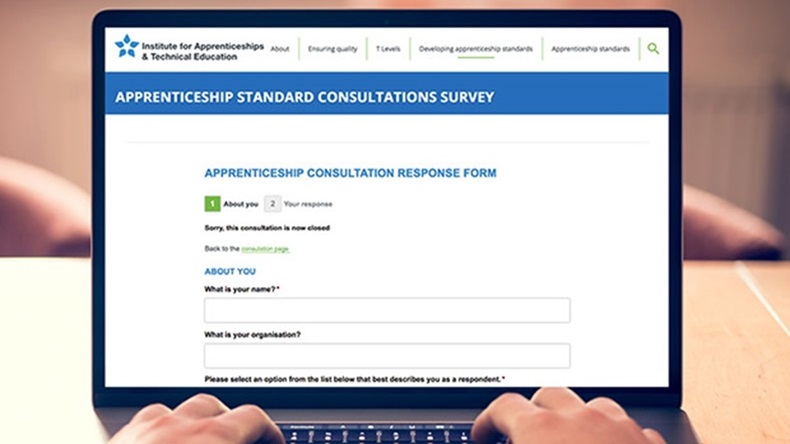 "The idea that the apprentice route is 'eroding the profession', as said by some, is archaic and elitist"

Working through the pandemic, seeing the current pharmacy workforce challenges and noting the reaction from doctors, I’ve begun to reconsider the idea of a pharmacist apprenticeship, says Sean Quay

The discussions around introducing a pharmacist apprenticeship resumed this summer after its unintentional sabbatical due to COVID-19. Meanwhile, the proposals for a doctor degree-level apprenticeship have seemingly been welcomed by the majority.

This, coupled with a fresh pair of pandemic-tinted lenses, made me revisit the debate around whether a similar degree-level apprenticeship is a good thing for our profession or not. Am I the only one who’s not totally opposed to the idea?

Now, I can already hear the imaginary outcry from my fellow colleagues, some of whom I consider to be good friends, but hear me out.

Many other professions have opened their doors to apprenticeships. Look at the Dyson Institute and its engineering degree apprenticeship that combines workplace learning with off-the-job study days. Even Allen & Overy and Freshfields, leading firms that are part of the elite “magic circle” law practices in the UK, have gone on to introduce apprenticeships since taking part in the “trailblazer” initiative.

Since COVID-19, the General Pharmaceutical Council (GPhC) has had to weave its way through the virus-laden road to qualify “provisional-registrants”, largely through an assessment of their vocational ability. Although, if you think about it, that had been the case long before the pandemic. Demonstrating and meeting the professional standards has always been the pillar of our pre-registration training. We’ve already successfully adopted an apprenticeship-type programme with the five-year MPharm, so why not extend it to a degree apprenticeship?

It’s almost a fact that pharmacists learn best and most through their journey in the workforce. The nuances of working in different settings; the nuances of working within a multidisciplinary team. It would be better to have actual conversations with actual patients and other healthcare professionals rather than theoretical role plays, which sometimes resemble a mockumentary more than real-life interactions. The talent and skill of any medical workforce is founded on practical work experience, be it a neurosurgeon, a renal nurse or paediatric pharmacist.

Yes, I wholeheartedly agree that universities give you the grounding of pharmacology and academic rigour fundamental to the role, but that can easily be integrated as a necessary part of the training in apprenticeships. The point is that apprenticeships aren’t there to replace your alma mater, rather giving people an alternative route for progression.

Maybe some people would prefer a research-intensive career, while others would prefer going into business? Universities can work to provide the further education needed; a programme that works synergistically rather than antagonistically. Wouldn’t the idea of a progressive new wave of ‘personalised education’ be welcomed? If this ends up being a thing, let this be proof that I’m one of the first who coined it.

I think the real contention is the lack of higher education acting as an entry barrier that induces a reflection that the role is somewhat inferior to other healthcare professionals. The idea that the apprentice route is “eroding the profession”, as said by some, is archaic and elitist.

It drives a wedge between the haves and have nots. The “educated” and the ones otherwise. It makes higher education a symbol of social standing rather than an immersive baptism that prepares you with the skills to be the best you can be in your chosen profession. The Icarian heights to which university fees have soared burns a hole that some less fortunate are not able to fill.

More importantly, it perpetuates some of the problems we have within our pharmacy workforce: staff shortages and lack of career progression.

In this age of supposed inclusivity, wouldn’t you be proud to be part of a profession that captures talent from all walks of life? The ones who can afford to go to university and the ones who have to start working to support their family as soon as they leave school.

Sean Quay is a PCN pharmacist based in Bristol, England

Would you support the introduction of a pharmacist apprenticeship scheme? Share your thoughts on the C+D Community

PDA: Still concerns apprentice pharmacists won't be 'up to standard'