Less than one third of community pharmacies that expressed interest in delivering COVID-19 booster vaccinations this summer have been accepted onto the programme, it has been revealed. 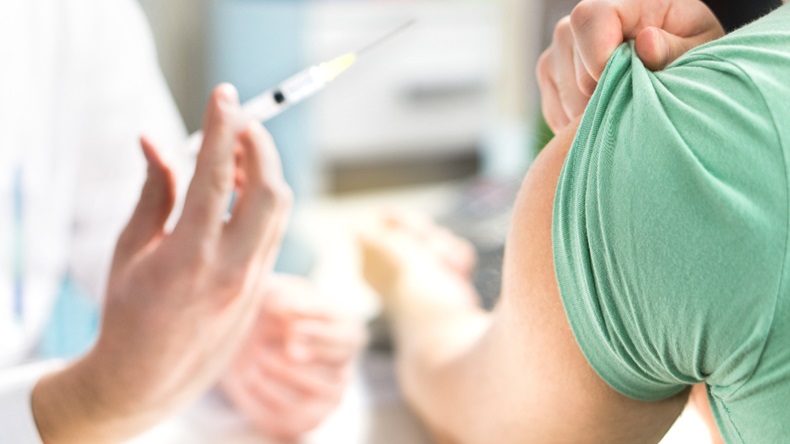 RPS: "The government will need to look again at approving additional sites as quickly as possible"

As of the end of September, “4,733 contractors submitted 5,376 expressions of interest to take part in the booster vaccination programme, with 1,454 accepted”, minister for vaccines and public health Maggie Throup wrote on Monday (December 13).

“Expressions of interest which were not prioritised or designated will be considered again if requirements change and further expressions will be invited should further capacity be required,” she added.

This summer, NHS England and NHS Improvement (NHSE&I) gave pharmacies until July 28 to express interest in joining phase 3 of the vaccination programme – the booster programme.

“The shortest period from receipt of application to a pharmacy providing the COVID-19 vaccination service was 14 days,” Ms Throup added, “with an average of 44 days”.

But the longest waiting period for approval stretched to up to 78 days, Ms Throup revealed.

It comes as NHSE&I announced on Monday that community pharmacy-led COVID-19 vaccination sites in England will receive support to extend their opening hours to operate 12 hours a day “as a standard, seven days a week” and offer booster jabs “at their maximum capacity”.

The Department of Health and Social Care announced yesterday that the “required 15-minute observation period following a Pfizer or Moderna jab will be temporarily suspended” to help accelerate the booster programme.

Prime Minister Boris Johnson announced on Sunday (December 12) that the COVID-19 booster campaign would be accelerated further, with the aim of offering all adults a booster dose by the end of the year.

In an effort to accelerate the booster programme – as new evidence has shown two jabs do not offer enough protection against the Omicron variant – the government and NHSE&I are calling for thousands of volunteers to work alongside pharmacists, GPs and other providers.

But pharmacy teams have since taken to social media to highlight that despite applying to join the programme, they have not yet been accepted.

Thorrun Govind, chair of the Royal Pharmaceutical Society (RPS) English pharmacy board said: “On December 13, 1,500 community pharmacies delivered 185,000 COVID-19 booster vaccines in England – 44% of all boosters that day – which is an extraordinary feat.”

If the government “is to meet its ambitious target on boosters”, she added, “teams will need immediate support to upscale capacity at existing sites”.

“With thousands more pharmacists saying they are ready to get involved in the vaccination campaign, this is still an untapped resource and the government will need to look again at approving additional sites as quickly as possible,” she continued.

An NHSE&I spokesperson told C+D: “There are nearly 1,500 pharmacies delivering boosters compared to under 1,000 in October and Monday saw a record number of vaccinations in pharmacies with over 185,000 people getting protected at their local pharmacy.”

Earlier today, the Pharmaceutical Services Negotiating Committee announced an extension to the deadline for meeting the requirements of the Pharmacy Quality Scheme and that the requirement to complete the Community Pharmacy Patient Questionnaire for 2021/22 will be waived for contractors in England, in recognition of the “current challenges being experienced by pharmacies”.

What's your experience of working in pharmacy? Share your thoughts via the C+D Salary Survey and be entered into a draw to win a Fortnum & Mason hamper