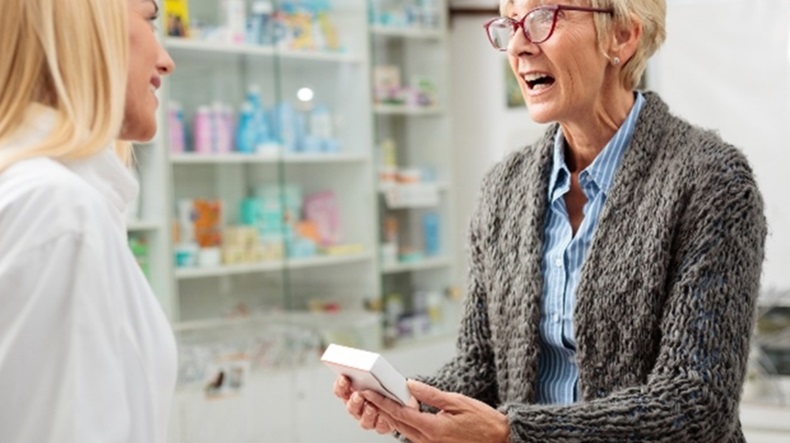 From name calling and verbal abuse, to threats of violence and physical outbursts, the Association of Independent Multiple pharmacies (AIMp) and the National Pharmacy Association (NPA) share anonymous testimonies with C+D of abuse or violence pharmacy teams have been on the receiving end of in the past few months

Concerns about rising incidents of violence and abuse towards pharmacy teams first surfaced at the start of the pandemic.

Almost two years later, as the UK faces new challenges from the rapid spread of the Omicron variant and the reintroduction of mask wearing measures in indoor spaces, pharmacists and pharmacy teams continue to bear the brunt of patients’ frustrations.

AIMp CEO Leyla Hannbeck told C+D that her organisation has been collating examples of these episodes, which have been shared by both AIMp members and independent pharmacies.

She said AIMp had “raised concerns about the increased violence against pharmacies in the national media last year at the start of the pandemic”.

“Pharmacy teams have been working very hard throughout the pandemic, delivering consistent and accessible patient care despite all the challenges they had to face during this period,” Dr Hannbeck stated. “They deserve the outmost respect and kindness from everyone.”

In March 2020, C+D reported that pharmacies and pharmacy bodies highlighted an increase in abusive and aggressive behaviour by patients since the start of the COVID-19 outbreak.

In May of the same year, a C+D survey of pharmacy professionals found that the most common trigger for abuse from patients was having to wait longer to be seen by a member of staff in the pharmacy. Respondents also reported incidents of abuse from patients due to longer waits for prescriptions, or because a pharmacy was out of hand sanitiser, face masks or painkillers.

The anonymous testimonies C+D received this month – which refer to episodes that took place earlier this year – echo these initial findings, with many pharmacy teams experiencing hostility from patients over prescriptions.

One pharmacist reported to AIMp they had to threaten to call the police on a patient after he remained on the pharmacy premises for 40 minutes, swearing and being aggressive, because his prescription “had not come onto the system”. The patient said he would be back the following day.

According to a different account, a woman who had placed a call to a pharmacy about her medication accused the team of withholding it after they told her they couldn’t dispense it until the responsible pharmacist had returned from his ten-minute safety break.

“The patient said that she needed the medication immediately,” the pharmacist wrote in their report to AIMp, refused to acquiesce to any of the solutions offered and said it “would be [the team’s] fault when she smashed all [their] windows in”.

In another incident reported to AIMp, a patient was belligerent towards staff when he was asked to wait another 10 minutes for his prescription. He had reportedly told one pharmacy team member to “go back to her own country” after she suggested he collect the medication elsewhere and called her “useless” and “stupid”.

“We asked him to leave the [premises],” one of the pharmacy staff wrote. “We believe he only left because the security guard of the centre [our branch is based in] came.”

Another patient “immediately got extremely aggressive” after a pharmacist told him that his weekly prescription for gabapentin had not been sent over by his GP, “raised his voice, and punched the wall above the fire alarm” before storming out.

Meanwhile, the NPA received a report that a patient “thumped the protective screen” in front of the counter, “which fell to the floor”, because he “was angry that his prescription had not arrived”.

In many instances, pharmacy teams reported having to call on the police to resolve incidents.

In a report sent to AIMp, a patient entered the dispensary after the pharmacist judged that she wasn’t “in a fit state” to have the methadone she had come to collect.

She subsequently “took the 2.5l bottle of methadone out of the MethaMeasure” and “drank from it twice”. The pharmacist and staff pressed the panic button and locked the door of the branch after they managed to take the bottle off her.

“She threw a chair at the door,” the staff member who reported the incident wrote. The police then arrived to arrest the woman and she was taken to hospital.

In other instances, worryingly, pharmacy teams have claimed that the police have been slow to help or have not responded at all.

The NPA received a report that the police never appeared when a pharmacy called them after a “patient knocked a whole shelf of goods over when his prescription did not arrive”.

Two NPA member pharmacies were victims of “frequent minor shoplifting”, which the NPA claimed the police showed “no interest” in.

“Upon challenging the shoplifter, our young female pharmacist was verbally threatened [and pointed a knife at], but [she] still chased after the culprit,” the NPA told C+D.

One “extremely shaken” pharmacy team reported to AIMp they had pressed the panic button after a man threatened “to kill [a] staff member and burn her house down”. The patient became “extremely threatening and abusive” after being asked to wait outside the consultation room for social distancing and confidentiality reasons and tried to enter the dispensary.

The police later phoned “asking if we were ok”, but the patient had left by then, the team reported.

Dr Hannbeck told C+D that AIMp “members take the wellbeing and safety of their teams very seriously and many have put safety protocols in place”.

AIMp “will be working with the police” to ensure that “those who commit violence against our teams and other healthcare professionals in general, are prosecuted”, she added.

Earlier this month (December 2) C+D reported that the General Pharmaceutical Council said it had received “worrying reports about recent incidents of abuse and violence against pharmacy professionals and teams from a wide range of sources” and condemned such incidents.

In July, C+D revealed that Boots pharmacists and retail staff had started wearing body cams in more than 60 branches, amid rising concerns of  “violence and abuse”.

Have you been on the receiving end of abuse or aggressive behaviour from patients? Share your experiences on the C+D Community or if you'd prefer to remain anonymous, please contact [email protected]

Have you or your team be subjected to harassment and/or violence from patients in the pharmacy?