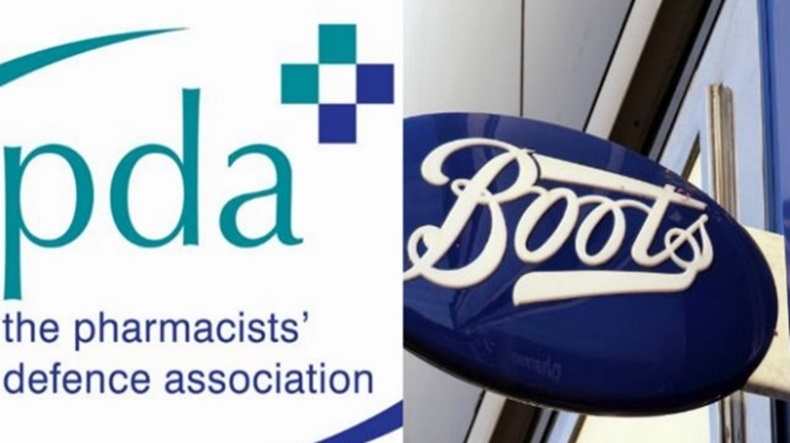 The Pharmacists' Defence Association (PDA) Union has cut a new pay deal for its members working at Boots, covering 6,000 pharmacists employed at the multiple.

Union members working at the multiple will receive a 2% pay rise, backdated from November 1, according to a joint statement between Boots and the PDA released this afternoon (December 20).

Other benefits in the revised offer include an "additional increase" in pay for pharmacists at the start of their careers and two one-off payments to be paid in January and March 2022 "in recognition of an unprecedented time" to support Boots pharmacists' continuous professional development.

It follows an "urgent meeting" between the two parties on December 14 after a "very clear majority" of PDA members at Boots voted to reject the multiple's latest pay offer earlier this month. Boots pharmacists voted to reject Boots' initial offer, which was branded "sub-inflationary" by the PDA, in October.

For its part, Boots has pledged to take price inflation into account in the 2022 pay settlement it reaches with the union.

It acknowledged "the strength of feeling among many of our pharmacists regarding the purchasing power of their salaries over recent years" in its joint statement with the PDA, and "values the contribution" of its pharmacists to patients and the business.

For a breakdown of the agreement, see here.

The PDA Union decided that the "best course of action" was to accept the offer, then "ensure the increases and other parts of the offer are implemented as quickly as possible, and to ensure the statement agreed this week is used constructively" in next year's pay negotiations, it said.

The alternative to accepting the offer would have been to take "some form of industrial action". However, the union decided against this due to "uncertainty" around the Omicron COVID-19 variant and an insufficiently high turnout to its most recent member consultation for it to be "confident" that members wanted to take this course of action, it said.

"It was felt that with the growing uncertainty around the Omicron variant and the higher profile of pharmacists in the health sector response, it would be extremely difficult to mount an effective industrial action strategy that does not appear to impact adversely on patients," the PDA said.

"Public support would be vital in winning any dispute and there is a very real concern industrial action now would not have the support of the public and place members in a very real professional and personal conflict of being forced to either support the action or reassure their patients."

PDA director Paul Day told C+D that while it is "a relief" to conclude 2021's pay negotiations, "the work is not complete, because we'd have liked to have got more from [Boots] this year - although we're hopeful that we're going to get something next year".

While Boots' original pay offer represented a 2% increase, the "package of deals" the union has walked away with represents a 3.9% increase, Mr Day said. However, although the union was "pushing for a more level increase for...everybody", the deal does not result in a "flat" pay rise for all members, with some junior, less well-paid members seeing a greater pay increase, he explained.

"Over recent years, the pay for community pharmacists at Boots has not kept up with inflation," he claimed. "Unless your pay keeps up with inflation, the purchasing power reduces. And that was a big thrust of our pay claim, because that's what members told us was most important, was they wanted their pay to start moving back towards what it used to be."

He continued: "Clearly, inflation has increased rapidly over the last couple of months. Whereas... had the company put the offer [in] that we've finally accepted now some months ago, it would have been above some measures of inflation."