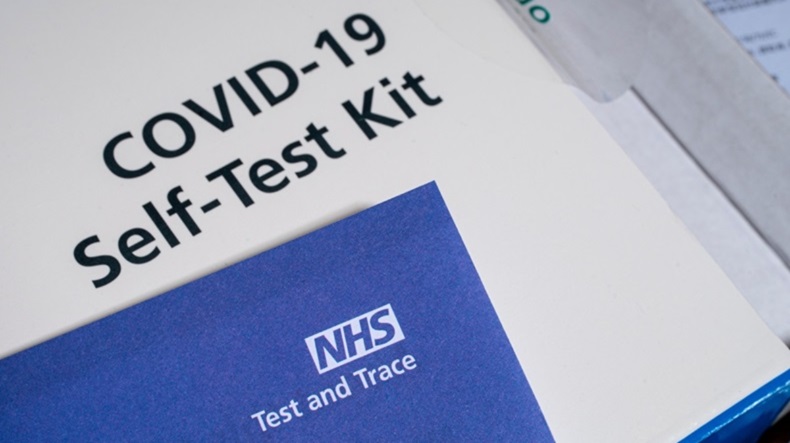 PSNC: Pharmacists “are doing their best to meet demand in impossible circumstances”

Despite delivering two million tests to pharmacy wholesalers “on some days”, the UK Health Security Agency (UKHSA) “is still falling short of demand”, a PSNC director has told C+D.

However, a UKHSA spokesperson told C+D today (January 5) that it is delivering “record numbers of lateral flow tests to pharmacies” (see more of its response below).

Pharmacies can only order one carton of tests per day – which contain about 55 packs of seven tests, depending on the brand. But not every pharmacy is “able to have one [carton] every day”, Mr Buxton told C+D.

“[Pharmacy contractors] say that any stock that does arrive is handed out very quickly given the constant demand,” he continued.

While members of the public who are directed to pharmacies for tests “are rightly frustrated when they cannot get them”, Mr Buxton added, it is “concerning that some pharmacy teams say they are still being verbally abused when this happens”.

“Pharmacies are getting as much stock as they can, and while we too are frustrated by this ongoing situation, we would ask people not to take their annoyance out on pharmacy teams: they are doing their best to meet demand in impossible circumstances, alongside providing other important healthcare services,” Mr Buxton concluded.

In a statement to C+D, a spokesperson for UKHSA said: “The UK’s testing programme is the biggest in Europe, with almost 400 million tests carried out since the start of the pandemic.

“We are delivering record numbers of lateral flow tests to pharmacies across the country, with nearly eight million test kits being made available to pharmacies this week (January 3 onwards) alone.”

Since mid-December, the UKHSA said it has doubled its delivery capacity to up to 900,000 polymerase chain reaction (PCR) and lateral flow device test kits a day.

However, during periods of “exceptional demand”, there may be temporary pauses in ordering or receiving these tests to ensure UKHSA manages distribution across the system the spokesperson warned.

Alliance: UKHSA and PSNC “were aware” of planned Christmas closure

A spokesperson for Alliance Healthcare told C+D today that the UKHSA “was aware of the planned closure and the PSNC communicated [this] out multiple times to pharmacies”.

On December 24, Alliance “had two million [lateral flow tests] across the network”, the spokesperson added, “a high proportion of which were received into our service centres at different times on December 24 and in some cases these deliveries were too late to be distributed on the same day”.

Since resuming services on December 29, “a further two million lateral flow tests have since been distributed”, the spokesperson added.

In a statement published on December 30, PSNC also confirmed that 2.5 million lateral flow tests had been delivered to Alliance Healthcare on December 24.

It added: “That stock was ready to be delivered [on] December 29 when Alliance Healthcare reopened after its planned Christmas break, and it represents circa 357,000 individual packs of seven tests and just over 6,000 cartons.”

The Department of Health and Social Care has also been approached for comment.