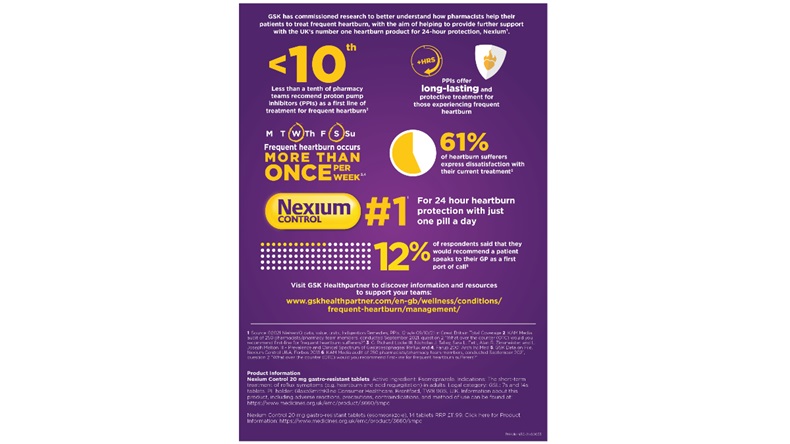 Just 8% of pharmacy team members would recommend proton pump inhibitors (PPIs) – such as Nexium Control – as a first-line treatment for frequent heartburn, a GlaxoSmithKline (GSK) survey has revealed.

Instead, pharmacists prefer offering antacids or alginate, according to the survey results.

The GSK-commissioned survey – which was conducted in September last year and collated responses from 250 pharmacy team members – was launched to better understand how pharmacists help their patients to treat frequent heartburn.

It also revealed that pharmacy teams describe “frequent” heartburn as something occurring four to six times a week. However, GSK pointed at literature suggesting that heartburn occurring more than once a week is considered “frequent”.

“We’re committed to ensuring pharmacy teams remain upskilled and understand the role that PPIs can play in managing frequent heartburn.”

For further information on the Nexium Control range, visit the GSK website