David Webb, currently chief pharmacist and clinical director for pharmacy and medicines optimisation at Guy's and St Thomas' NHS Foundation Trust in London, will take over from Keith Ridge from next month. 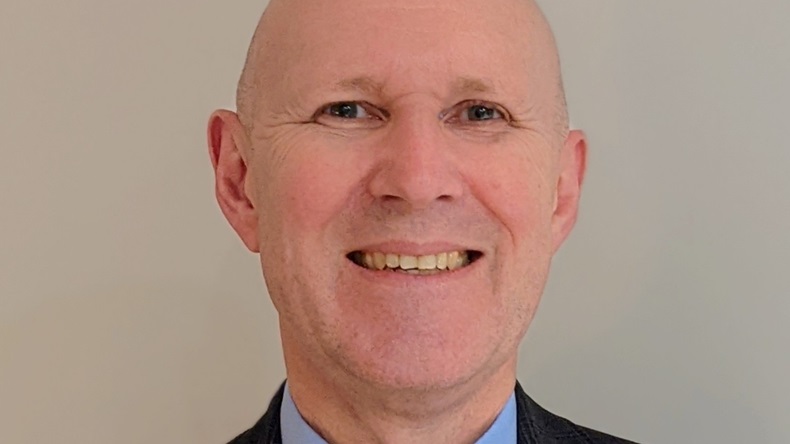 NHSE&I confirmed Mr Webb’s appointment this afternoon (January 7). It follows Dr Ridge’s decision to retire from the role after 16 years in the post.

In his new role, Mr Webb will be a member of NHSE&I's medical directorate senior management team, the UK government chief medical officer’s senior clinical group, head of the pharmacy professions in England and the principal advisor on pharmacy and medicines use in the NHS, which includes supporting the Department of Health and Social Care.

Leading a team of pharmacy professionals – working at both national and regional level – Mr Webb will be the professional leading figure to over 70,000 pharmacists and pharmacy technicians registered in England.

“Really delighted and honoured” to take up role

Following the announcement, Mr Webb tweeted that he was “really delighted and honoured to be appointed chief pharmaceutical officer” and is “looking forward to working with pharmacy leaders, colleagues and teams across all sectors from February”.

He also thanked Dr Ridge for his “outstanding contribution” in the role.

In a statement, he wrote: “The last two years have been an extremely challenging time for all NHS colleagues, but have also highlighted the absolutely vital and positive role that pharmacists and pharmacy technicians play as clinical professionals in the NHS team.

“Whether it’s been hospital teams supporting the care of over half a million very ill patients, community pharmacy teams delivering over 21 million jabs across the country, or primary care teams being at the forefront of the vaccination programme in local communities, they have been central in every part of the NHS COVID-19 response – in addition to pharmacy teams everywhere continuing their usual clinical roles of supporting patients and delivering safe and effective health services.”

He is “very proud” to “lead the next stage of the transformation of pharmacy practice”, he added.

Meanwhile, Dr Ridge took to Twitter to say that “it is an honour to be handing over” to Mr Webb. He also thanked “the great people” he has worked with over the past 16 years for their “support, friendship, good humour, great ideas and challenge”.

Congratulations to @davidwebb_1 on the great news – it’s an honour to be handing over to him & thank you to all the great people I’ve worked with over the last 16 years for your support, friendship, good humour, great ideas & challenge. I wish you all well for the future https://t.co/wVDuYIqJRj

New role will include efforts to tackle antimicrobial resistance

In his role at Guy’s and St Thomas’ NHS Foundation, Mr Webb was responsible for pharmaceutical oversight of the COVID-19 vaccination centres and the COVID-19 medicines delivery unit.

He was also joint chair of the south-east London pharmacy leadership team.

Mr Webb has held several academic appointments at the UCL School of Pharmacy, including that of visiting professor. More recently, he has been a senior member of the Pharmaceutical Sciences Clinical Academic Group at the academic health science centre King’s Health. He is also a fellow of the Royal Pharmaceutical Society (RPS).

In his new role, Mr Webb will lead efforts to reduce the inappropriate prescribing of antibiotic medicines and the programme to address overprescribing in the NHS.

“Transition comes at a crucial moment”

Commenting on Mr Webb’s appointment, RPS English pharmacy board chair Thorrun Govind said: “I warmly congratulate David on his appointment and look forward to working closely with him and his team on how we can help the pharmacy profession support excellent patient care and the NHS recovery in England.

Ms Govind said Mr Webb joins at a “crucial moment” and added that it is “vital” that the RPS, NHSE&I and other pharmacy sector leaders “continue working together on key issues, such as the future of pharmacy education, staff wellbeing, and advancing pharmacy practice”.

The outgoing Association of Pharmacy Technicians UK president Liz Fidler – who will join the chief pharmaceutical officer’s team in March 2022 – tweeted that she looks forward to working with Mr Webb “to realise the full potential of the pharmacy technician profession”.

Meanwhile, the Association of Independent Multiple pharmacies chief executive officer Leyla Hannbeck tweeted that she wishes Mr Webb “every success” in the new role and is looking forward to working with him, “in what is a pivotal time in our profession”.

Mark Lyonette, the chief executive of the National Pharmacy Association (NPA), also tweeted to congratulate Mr Webb on his appointment and added that he was “very much looking forward to working” with him.