The Prime Minister has visited a pharmacy-led COVID-19 vaccination site at a Boots in his constituency as the multiple celebrates one year since it joined the national immunisation programme. 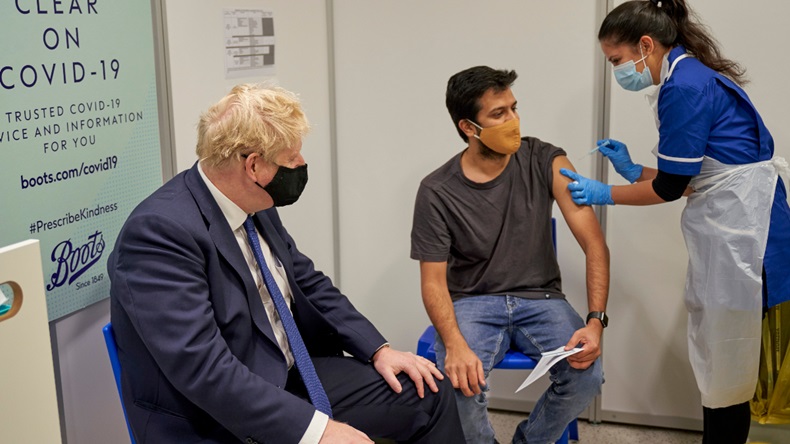 Boris Johnson met with pharmacists who are administering the vaccines during a visit to the pharmacy in Uxbridge yesterday (January 10).

The multiple opened its first vaccination site in Halifax, West Yorkshire on January 13 last year, and has since then administered more than 1.4 million COVID-19 vaccinations from different sites – of which it now counts more than 80 – it said.

Commenting on the Prime Minister’s visit, Boots Uxbridge pharmacy lead Ahmed Badai said that “everyone wants to be recognised for their good work… and there is no bigger recognition than a visit from the Prime Minister”.

“It is great to have the Prime Minister recognise the important role that community pharmacy has played in the success of the COVID-19 vaccination programme to date,” Mr Sunderland added.

Almost one year since we administered the first #COVID19 vaccination at a Boots store, today we welcomed Prime Minister @BorisJohnson to our vaccination hub at #Uxbridge. He spoke to some of our pharmacists who are doing amazing work supporting the NHS to deliver #BOOSTER jabs. pic.twitter.com/bN9e97IgmF

“Omicron is still out there”

Mr Johnson told reporters that “Omicron is still out there, and it is extremely contagious” during his visit, renewing calls for people to get their booster jab.

He added that free lateral flow tests will continue to be made available “as long as they are important”, echoing comments made yesterday by secretary of state for housing, communities and local government Michael Gove.

It comes as The Sunday Times reported at the weekend (January 9) that Mr Johnson was expected to announce plans to scrap free lateral flow tests “within weeks”, while vaccines minister Maggie Throup confirmed last month that, “at a later stage”, the “free universal provision of [lateral flow device] tests will end”.

Gove: Lateral flow tests to remain free for ‘as long as we need them’