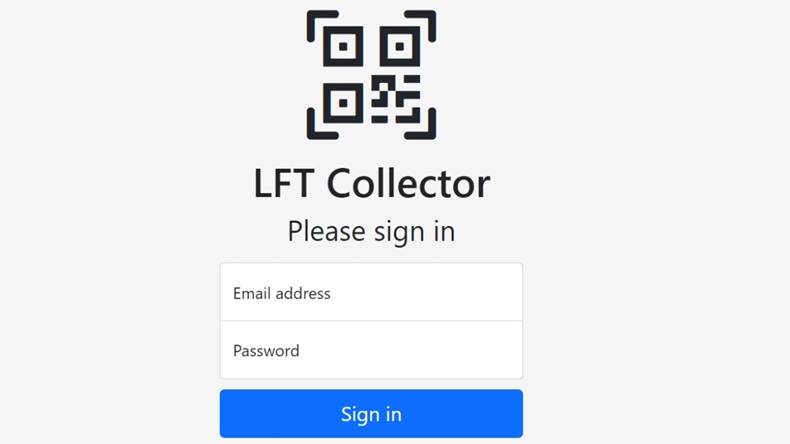 A locum pharmacist based in Manchester has created a website that aims to remove “at least half of the work” pharmacy teams must undertake when recording the lateral flow test kits they have distributed.

Pharmacy teams “simply do not have time" for the lengthy manual process required to distribute and claim payment for lateral flow test kits, Juned Miah told C+D on the launch day of his LFTCollector website earlier this week (January 10).

Aside from having to navigate “chronic staff shortages” exacerbated by the COVID-19 pandemic, “it seems the government has made it as difficult as possible [for pharmacists] to hand out and claim for these test kits”, he said.

Currently, pharmacy teams in England have to manually record a 16-digit collection code and batch numbers and then re-enter those on the NHS Business Services Authority (NHS BSA) Manage Your Service (MYS) portal to claim payment for the Pharmacy Collect service, Mr Miah explained.

The LFTCollector website is “completely free to use and will remain so”, said Mr Miah, who hopes the website will remove “at least half of the work” involved in claiming for test distribution.

Mr Miah created LFTCollector “over a couple of weekends”, as he gained software engineering experience developing the website pharmdata.co.uk.

The new website is best accessed using a smartphone, according to Mr Miah. Pharmacists must first register with their pharmacy details to scan the relevant codes, but they can access the site through the web browser when making their claims, he said. 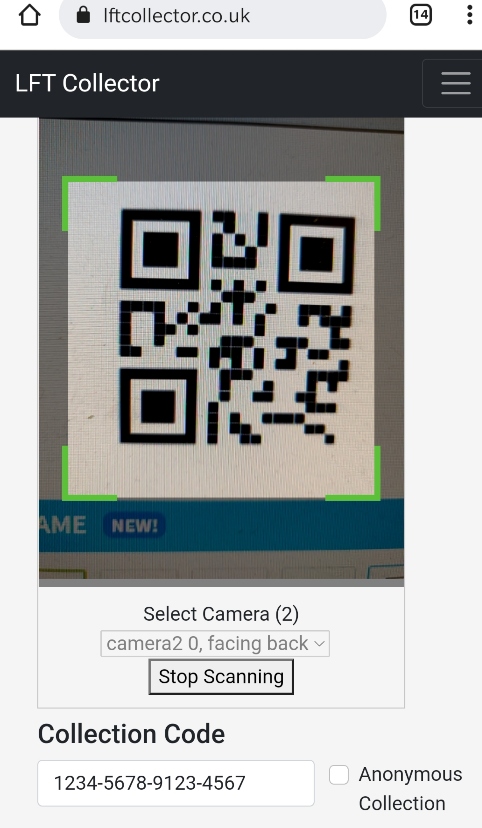 Transactions are all displayed on a table “with buttons against each entry that allow [pharmacy teams] to copy collection codes and then paste directly into MYS”, Mr Miah said.

“Things like date, quantity and batch numbers are pre-populated to save time,” he added. 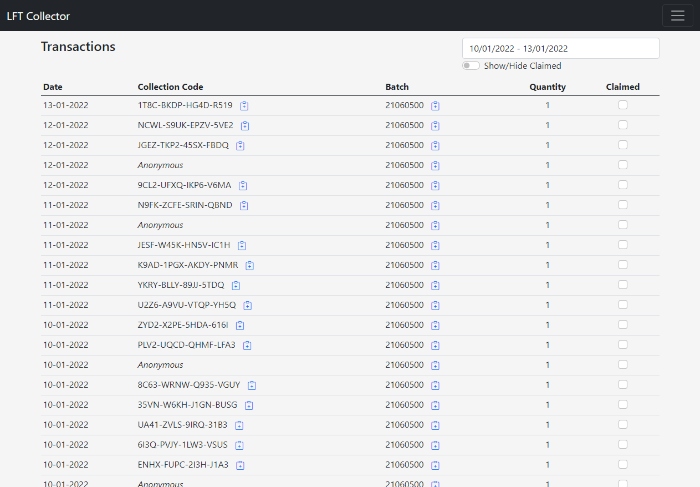 While LFTCollector is not currently directly linked to NHS BSA’s MYS, Mr Miah told C+D that he would be “more than happy to work with the NHS BSA if it would like to feed [LFTCollector’s] data directly into the MYS system”.

An NHS BSA spokesperson told C+D yesterday (January 12) that the organisation is “commissioned by NHS England and NHS Improvement for this service and so is not able to work with suppliers directly”.

“Over 100 pharmacies” on board through word of mouth

“Pharmacy is generally a bit shy when it comes to adopting new technology in my experience,” Mr Miah told C+D.

But within a day of the website's launch, more than 100 pharmacies had signed up to use it, he added.

This is not “too bad considering the only advertising of the site was a post on LinkedIn and another by my friend on Facebook”, Mr Miah commented.

He also indicated that a “large multiple” had shown interest in trialling the tool in its branches but was unable to disclose which one.

He speculated that independent pharmacies “are more likely to sign up” but noted that some pharmacies do not allow staff use their smartphones while at work, which could be a “barrier” to “the success of the tool”.

Lateral flow tests kits have been in high demand over the Christmas and New Year period, with pharmacy teams reporting that they struggled to access lateral flow test kit stock or were frustrated by the process of having to manually log the 16-digit codes on the MYS portal by the end of the working week.

Gove: Lateral flow tests to remain free for ‘as long as we need them’