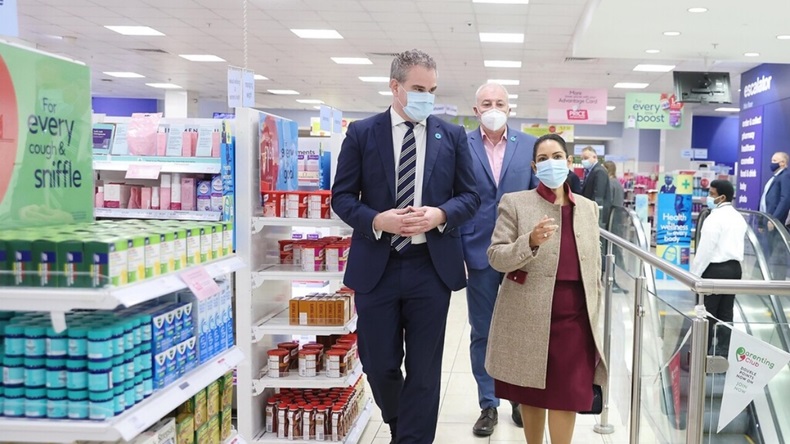 The Home Secretary has visited the Piccadilly Circus branch of Boots to mark one year since the launch of a domestic abuse codeword scheme in partnership with the Home Office.

The Ask for ANI scheme launched one year ago today (January 14) in 2,300 Boots branches as well as 255 independents, although it is open to all pharmacies. Under the initiative, victims of domestic abuse can discreetly alert pharmacy staff that they need help by asking for ‘ANI’.

Priti Patel visited the Boots branch in Piccadilly Circus yesterday to speak to pharmacists about how they helped victims of domestic abuse access the support they needed through the scheme.

Ms Patel thanked pharmacies “up and down the country” for implementing Ask for ANI in “a successful first year”.

“The scheme is a great example of government, businesses and charities working together and has provided vital assistance to numerous victims of domestic abuse in all four corners of the UK,” she said.

Scheme offered by more than half of UK pharmacies

Ask for ANI is in place “in over half of all UK pharmacies including independents and chains such as Boots and Superdrug”, the Home Office said.

Boots said that 2,200 of its branches currently offer the scheme. “Over 19,500 pharmacy team members” were given Ask for ANI training in the 2020-21 financial year, and all new members are given the same training, the multiple said.

A codeword for Action Needed Immediately, Ask for ANI “allows those at risk or suffering from abuse to discreetly signal that they need help and access support”, according to Boots.

Those that enter a pharmacy and ask for ANI are provided with a private space by a pharmacy team member, who will provide assistance “if the victim needs to speak to the police or would like help to access support services such as a national or local domestic abuse helplines”, Boots explained.

Since its launch, Ask for ANI has provided emergency support “to at least 100 victims” across the UK, the Home Office wrote in a statement released yesterday (January 13), “with the [actual] figure expected to be higher due to voluntary reporting”.

Ask for ANI was promoted through “discreet social media adverts and paid search”, according to the Home Office.

Pharmacists were given “promotional material to signal to victims that they are participating”, and health professionals, social workers, job centres, local authorities and specialist support services for victims were also asked to promote the scheme.

Scheme “a real lifeline” to those in danger

Boots chief pharmacist Marc Donovan said that the multiple’s pharmacies “have long been a place where people can turn to for help and advice on their local high street.”

“The Ask for ANI scheme offers a real lifeline to people who feel in danger at home and has enabled our pharmacy teams to provide discreet support to them”, he continued.

Mark Lyonette, chief executive at the National Pharmacy Association, said that many independent pharmacies have implemented Ask for ANI “because they recognise the clear and urgent need to support victims of domestic abuse in their local communities”.

“Many survivors have benefited from the Ask for ANI scheme”, he continued, “but the tragedy is that there are many more at risk”.