Locum pharmacist pay rates saw a steep rise between 2020 and 2021. But with spiking stress and workloads, are they being paid enough? 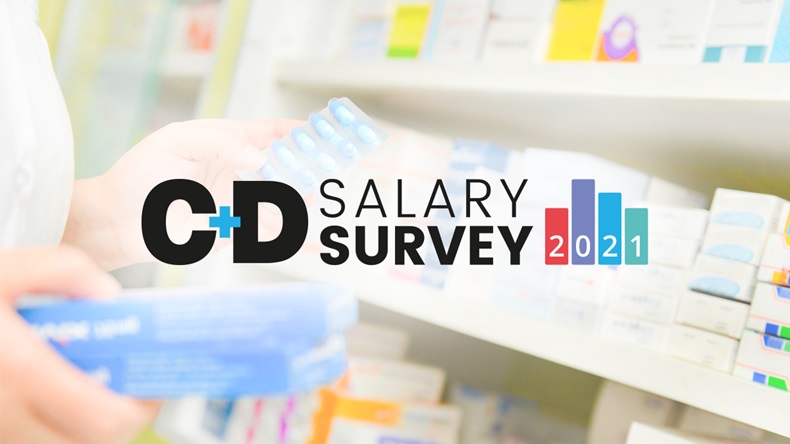 Locum rates have long been a source of anxiety in the sector, with many complaining of dwindling hourly wages over the years.

But for many locums, a rise in rates has not necessarily made up for the stresses of the job.

Despite over half of locum respondents reporting that their salary had increased in the 12 months leading up to the survey, 23% still said their stress levels remained “very high”. Meanwhile, 28% and 18% reported experiencing “high” and “somewhat high” levels of stress.

“Pay cannot compensate for stress and workload,” one respondent said.

Almost half (49%) shared the view that their workload was often unrealistic and 22% said it was “always unrealistic”.

A large chunk of respondents (43%) said their untenable workload had the biggest effect on the service they were able to provide to customers.

And if that were not enough to contend with, 14% reported experiencing “abuse and/or violence” from customers.

According to one locum respondent, “pay is great as a locum right now due to [workforce] shortages”. These shortages, however, have in turn generated “a huge increase in stress” among pharmacy team, they said.

Another respondent, who has worked as a locum for four years, said “the stress levels are far higher now than ever before” due to “very low staff morale, low staff numbers and poor staff retention”.

Meanwhile, one emphasised that staffing levels in some multiples in particular are “dangerously low”.

Only “a small percentage of pharmacies have adequate staff for the workload”, one respondent explained, while “most are terribly understaffed to complete all the workload”, which only adds to the pressure. As a result, “many good and experienced staff and technicians have left community pharmacy in the last 12 months”, they said.

These issues are having serious knock-on effects. Many pharmacies “are days behind work” due to low and inconsistent staffing, according to one locum respondent. Having staff who are “not fully trained” means more experienced staff are “pulled away from work to deal with minor things”, leaving pharmacies “in a bad state” and making them “potentially dangerous to work in”.

As one respondent summarised the situation: “Workload has increased. Staff levels have decreased. Patients are more demanding and abusive.”

Hard to offer services on top of workload

Almost half of the locum pharmacists responding to the survey (49%) said it was “not that easy” to provide services on top of their daily dispensing workload, and another 45% said it was “not at all easy”.

One respondent thought there was “too much emphasis on services at the cost of core dispensing service”. Another said they “often have to choose between services and dispensing”. A third stated it was “not possible to keep [the] dispensary running safely” on top of providing services.

“We are dealing with a massive increase in consultations and referrals from GP surgeries who don’t want to deal with their patients,” one locum claimed.

“Often, we have to refer the patients straight back”, they continued, “which leads to very angry customers taking out their anger on pharmacy staff. Then the surgeries are annoyed that we can’t magically deal with people that need to see a GP or nurse”..

Rates are higher, but bookings are more last minute

A few respondents explained their higher rates of pay came from bookings advertised at short notice.

“I take what I can get”, stated one, who said that “the higher rates are only available for last-minute bookings”. This respondent said they were having to take bookings closer to home “due to the pandemic”.

Employers often do not offer “a suitable rate until the last minute” and keep pay “at rock bottom the rest of the time”, claimed another.

One locum claimed their pay had doubled to £40-£45 per hour for last-minute bookings at Asda. They were no longer “booking well ahead” the way they had “just a few months ago”, which had earned the locum just £21 per hour, they said.

A few respondents said they chose not to return to a particular pharmacy if the stress or workload proved to be untenable.

“There is no shortage of pharmacists”, said one respondent. Rather, “people are choosing not to work in places that are not supported in terms of staff numbers or where there is too much pressure on targets”.

“A change in culture is required in multiples”, they continued, “and hopefully an increase in the number of independents should balance this”.

Catch up with C+D’s most recent Big Debate, which asked: Is there a shortage of community pharmacists?