Thorrun Govind, the youngest ever chair of the Royal Pharmaceutical Society’s English Pharmacy Board, talks about training in law, the risks of social media and how community pharmacy can gain the recognition it deserves, in the latest episode of the A Coffee With… podcast series 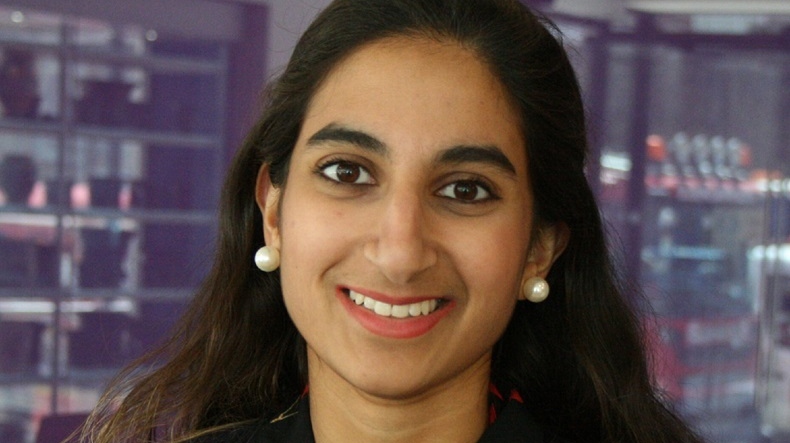 It’s been a dazzling few years for Thorrun Govind. Just two years after qualifying as a pharmacist in 2016, she completed a graduate diploma in Law and in 2019 a Master of Science in Law, Business and Management.

“When I was doing my pharmacy degree, I was always set on never doing any more studying again. But I seem to be a glutton for punishment,” she tells C+D’s reporter Emily Stearn in a podcast (listen below).

“There’s legal elements of everything that we do. As pharmacists, we’re balancing legal and ethical duties and actually we do break the law sometimes to do what’s right for the patient. Having to justify ourselves is really important in documentation.”

As a student, she deliberated over whether to study law, “but I set my heart on pharmacy”, she adds. But the decision to combine working in pharmacy and healthcare law was easy.

But that’s not all. In 2018, she was the youngest person ever to be elected onto the RPS English pharmacy board and three years later, last summer, she was elected to chair that very same board.

While she feels that some people might underestimate her due to her age, she doesn’t see being young as a setback.

“I have the ability to network and speak to people with experience about a range of different things, which actually probably puts me in good stead because I [am exposed to a] variety of opinions and experiences from different perspectives,” she says.

Read more: Podcast – How I went from accountancy to NPS research trailblazer

Ms Govind is also an active social media user and prolific tweeter, constantly using social media to advocate for the pharmacy profession. But her rising profile in the sector has also brought some new challenges.

“I know that if you are in a leadership position, then you’ve got to accept the criticism. But I think there’s a difference between [that and] very personal criticism on things not necessarily to do with what you’ve done and there’ll be some people who are just never going to like you,” she tells C+D.

People often also expect “instant responses” on social media, she adds. “They don’t necessarily appreciate that I’ve got a full-time job. I work pretty much six, seven days a week and do this chair role on top of that. I wouldn’t say that the chair role suffers from me doing that. But I also think you want people in these positions who are also practicing.”

Podcast: How can pharmacy teams make the best use of social media?