Boots UK “currently” supports the fact that pharmacists are on the Home Office’s shortage occupation list (SOL) because it believes this will help the profession meet its “recruitment needs”, it has said. 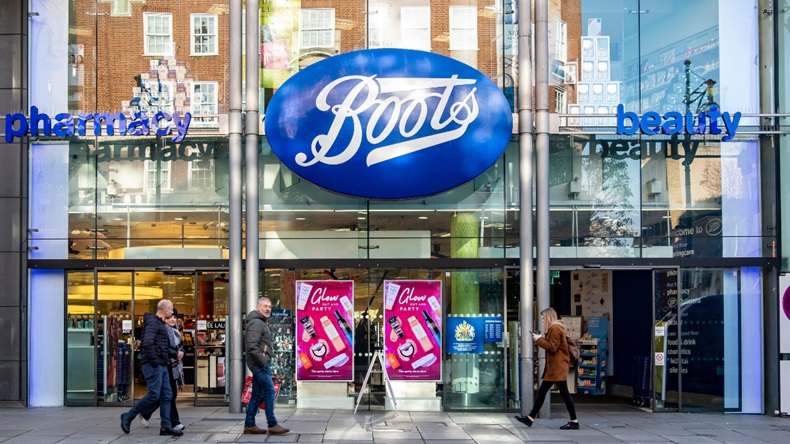 Brexit has had a negative impact on the recruitment of European pharmacists, Boots said

The SOL will be reviewed again later this year, but at present “the profession remains on the Home Office’s SOL, which we currently support as means of facilitating recruitment needs”, the multiple wrote in its submission to the Health and Social Care Committee's inquiry into recruitment, training, and retention issues.

Boots outlined the challenges it experiences when recruiting from abroad, urging for a “rapid review” to understand community pharmacy’s workforce needs in the submission, which was published earlier this month (March 2).

Read more: Why did the Home Office add pharmacists to the shortage occupation list?

“The community pharmacy sector has successfully recruited and employed a good number of trained pharmacists from overseas countries, adding to the valued diversity of the profession,” Boots said.

C+D asked the Health and Social Care committee whether its future inquiry sessions will focus specifically on the community pharmacy sector. A spokesperson told C+D today (March 21) that while the inquiry is evidence led, the committee cannot share the details of future sessions at this time.

Pharmacists were added to the government’s SOL last year.

However, some locum pharmacists and the PDA have questioned whether pharmacists should be on the SOL.

The number of pharmacists on the General Pharmaceutical Council’s (GPhC) register has “markedly increased over the last ten years”, Boots acknowledged in its submission, before going into detail on the issues that have been affecting international recruitment efforts.

Brexit has had a negative impact on the recruitment of European pharmacists, while lower salaries in the UK and “market forces” have also impacted the “traditional markets like New Zealand and Australia”, the multiple wrote.

Moreover, areas that have “historically” experienced “greater recruitment needs are increasingly less desirable to the overseas population”. This only adds to the “tricky recruitment problem” in those parts of the country, Boots added.

“Recruitment and retention challenges are starting to feel countrywide. Currently, our largest number of vacancies are now in London, which has never been the case previously,” the multiple noted.

How many pharmacists are there on the GPhC’s register?

Responding to a written parliamentary question last week (March 17) asking whether the government had made an assessment of the workforce levels within the sector, pharmacy minister Maria Caulfield referred to the latest community pharmacy workforce data for 2021 published by Health Education England in January.

She highlighted that the pharmacist workforce has grown by 18% since 2017, according to the survey.

As of January 31, there were 85,742 pharmacists and pharmacy technicians on the register, according to data from the GPhC.

“The register shows an increase in both pharmacists and pharmacy technicians year on year,” she commented.

“We are not aware there is an adequate system currently in place to determine the number of professionals required now or in five years’ time,” Boots added.

But “there needs to be a rapid review of current plans to gather necessary data to understand the current workforce landscape along with interdependencies between different healthcare sectors and within sectors”, the multiple suggested.

Boots also argued that “more innovative working conditions” could be tested in those parts of the UK where recruitment challenges are a bigger issue.

For instance, the government could eliminate some contractual and tax barriers to enable portfolio working, it said.

Impact of PCNs on recruitment

Boots also advocated for "considered action to closely understand” the impact that primary care network (PCN) recruitment is having on the community pharmacy sector.

The multiple offered some reasons as to why pharmacists and other team members might decide to leave the community sector, including unsocial working hours and the “perceived greater job satisfaction, less pressure, [and] better work-life balance” that can be secured elsewhere.

Read more: Underappreciated and lonely: the other side of the PCN pharmacist role

The additional roles reimbursement (ARRS) funding that PCNs use to recruit staff into different roles could be used to “commission community pharmacy to deliver services locally and in an integrated way, which would allow flexibility within the entire workforce”, it suggested.

But ultimately, integrated care systems should “consider the impact of any workforce initiative holistically on multiple sectors rather than in silo” so as not to “detriment any individual sector”, it argued.

Catch up with C+D’s Big Debate, which asked: Is there a shortage of community pharmacists?

What can a ‘snapshot’ of the community pharmacy workforce in England tell us about the sector?