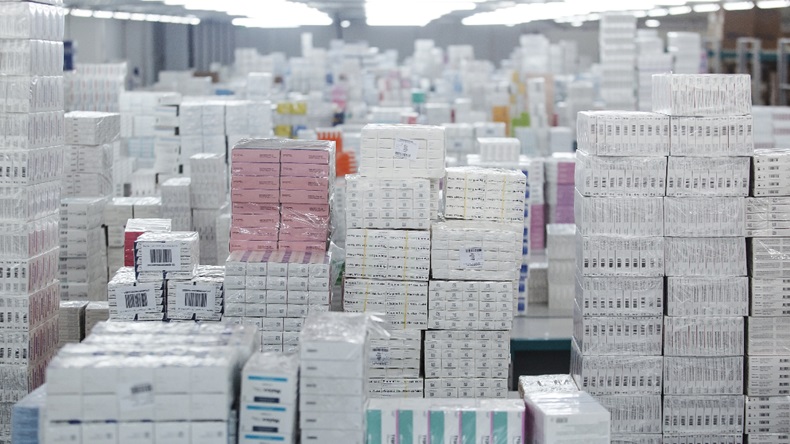 ABPI: Changes will have “a real impact on NHS patients and the UK’s ambitions for the life sciences sector”

The DH has confirmed plans to raise payments made by drug companies in the statutory scheme for branded medicines to 24.4% for 2023, despite clear warnings from the pharmaceutical industry against the hike.

The repayment percentages confirmed by the government under the statutory scheme for branded medicines are “significantly out of line with any other comparable country”, according to David Watson, executive director of patient access at the Association of the British Pharmaceutical Industry (ABPI).

They will also “have a real impact on NHS patients and the UK’s ambitions for the life sciences sector”, Mr Watson added.

The Department of Health and Social Care (DH) confirmed earlier this month that it plans to raise the percentage of sales that companies pay back under the statutory scheme from 10.9% to 14.3% in 2022 and to 24.4% in 2023, following the completion of a consultation that ran from March 14 to April 26.

Raising the payment rate is intended to keep the statutory scheme in “broad commercial equivalence” with the UK’s Voluntary Scheme for Branded Medicines Pricing and Access (VPAS). VPAS, which sets payment rates to ensure the total growth in the branded medicines bill for the NHS grows by no more than 2% a year, is due to run until the end of 2023.

However, with increasing global competition for investment from life sciences, the pharmaceutical industry is concerned that a sales tax close to 25% makes the UK less attractive than other countries.

The industry plans to continue to raise the issue with the UK government. “The responses the government received as part of this consultation demonstrate the widespread concern about such proposed rates and the ABPI will continue to stress the impact in our conversations with government,” Mr Watson said.

Richard Williams, from market access consultancy RFW Associates, said the differential is part of a strategy to encourage companies to stay in VPAS.

The higher payment percentage was expected, given the VPAS forecast of 23.7% in 2023, Mr Williams said. “If it was not changed then why would anyone stay in VPAS?”

The industry is keen to point out that the statutory scheme and VPAS are in addition to several policies that keep spending on branded medicines in check.

“This comes on top of the wider range of cost-containment measures already in place and despite the fact that every medicine used by the NHS has already been determined as cost effective,” Mr Watson declared.

This argument was raised by respondents to the consultation, but it has been dismissed by the government, which said it “does not agree that payment percentage updates are made unnecessary by the existence of alternative cost-control mechanisms”.

According to the government, the statutory scheme serves a different function to value assessments by the National Institute for Health and Care Excellence (NICE), and the other cost-containment mechanisms mentioned by respondents.

Many in the industry raised concerns about the proposal to raise payment rates in the statutory scheme, but the government made no changes following the consultation.

Leslie Galloway, chair of the Ethical Medicines Industry Group (EMIG), said EMIG is “disappointed that the government has ignored industry concerns about the proposals and finds it astonishing that the government would consider a payment percentage of 24.4% (effectively requiring companies to forgo a quarter of their revenues) on top of existing tax obligations”.

“This will begin to have a demonstrable impact on pharmaceutical company investment and hiring decisions in the UK.”

Respondents to the consultation insisted that the high rates for both the voluntary and the statutory scheme posed risks to supply and investment. For the government though, the immediate savings to the NHS of between £1 billion and £1.5bn are worth the risk, along with the value that can be generated by buying more care.

The government also pointed to existing mechanisms that could be used where prices do become economically unviable, such as companies being able to apply for price rises.

“While some off-patent products, such as branded generics or blood products, have potentially lower profit margins and may be more impacted by the increased payment rates, such impacts should be mitigated by their ability to apply for price increases or make use of tender price variation clauses, where warranted, through standard DH and NHS processes,” it said in its response.

For on-patent products, the higher cost must be absorbed by companies. “On-patent products typically have high profit margins and so should remain profitable even with higher payment percentages,” it noted.

The government response also points out that the industry was aware of the potential for high payment rates when the statutory scheme was set up in 2018.

The government response notes that “the rates proposed are within the range of reasonable expectations from when the statutory scheme was first established in 2018.

Paying a percentage of sales back to the government is still a relatively new concept in the UK, and it looks like it is here to stay. The idea was introduced in the 2014 Pharmaceutical Price Regulation Scheme (PPRS), breaking with iterations of a previous scheme that had been more focused on profit control since its inception in 1957.

According to Mr Williams, most of the responses to the consultation largely expressed opposition to any payments in either VPAS or the statutory scheme.

However, he said that any notion that a future voluntary scheme agreed with the UK government could change from one based on paybacks was wishful thinking.

“Given the fact that ABPI and the DH already had agreed to 15% in the VPAS for 2022, the concept of having no levies was a battle lost some time ago,” he declared.