In an exclusive interview with C+D, pharmacy minister Maria Caulfield reveals her vision for the sector, the “unrecognised” work of pharmacists and how she plans to tackle growing violence and abuse against pharmacy teams 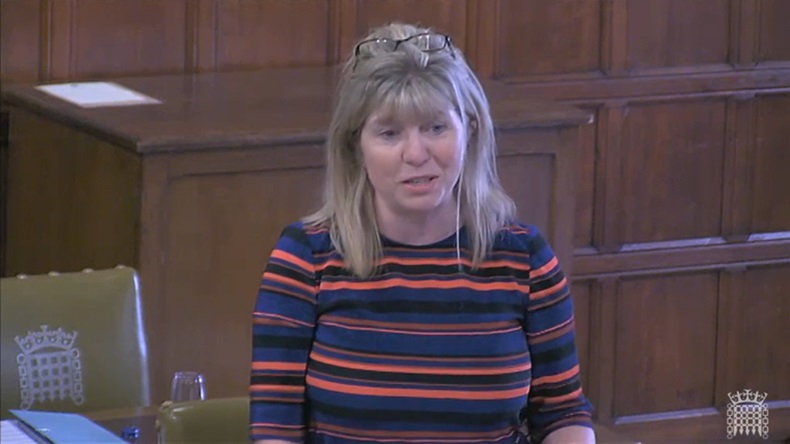 Source: Parliament TV Maria Caulfield: “Community pharmacies are front and centre of the changes we want when developing primary care”

It started with money, as it so often does in politics. After the Princess Royal Hospital, Telford, was threatened with closure in 2006, it was a Conservative campaign to save it that first inspired Ms Caulfield to get into politics.

Elected a conservative councillor in 2007 for Brighton and Hove City Council, Ms Caulfield then stood as a parliamentary candidate for the Conservative Party in 2010 for Caerphilly, Wales, unsuccessfully before she secured a seat as MP for Lewes in 2015.

As one of the 2015 intake, Ms Caulfield’s start to political life, however, has been somewhat tumultuous.

Two further general elections and one EU referendum later, her roles have included assistant government whip and vice-chair of the Conservative Party before being appointed the health minister responsible for patient safety and primary care, which includes pharmacy, in September 2021.

But as a qualified nurse – whose previous employers include the Royal Sussex County Hospital, the Princess Royal Hospital, and the Royal Marsden – she is, some may consider, well placed to wield influence over the pharmacy sector.

She was among 305 MPs who voted in favour of the pharmacy funding cuts in England in 2016 – only one Conservative MP voted against the cuts.

Yet speaking during the parliamentary debate on cutting the budget, Ms Caulfield said she believed that the “money that is saved through these changes must go to community pharmacies and away from big business”.

Community pharmacists “take on an awful lot of work, and sometimes do not necessarily have the funding attached to it, but they’ve done it as part of their [day job]”, she tells C+D six years on.

“Community pharmacies are front and centre of the changes we want”

Thrust into the limelight as primary care minister, she arrived at a time when the challenges facing the sector have never been so daunting.

As the Fuller stocktake report noted last month, “there are real signs of genuine and growing discontent with primary care – both from the public who use it and the professionals who work within it”.

“That won’t be a surprise to you,” he added. “I know. You know. Patients know. And everyone working in primary care knows: we need a plan for change.”

And Ms Caulfield knows this, too.

While she has continued to do occasional shift work as a nurse since she was elected to parliament in 2015, she also answered the government’s call at the outset of the pandemic for retired medics to return to service.

I will be returning to the front line in the NHS to support the fight against the Coronavirus , important we all help where we can @MattHancock https://t.co/39UFerXpkA

Primary care is, however, set to undergo an overhaul, with the introduction of a 'Pharmacy First' service on the list of the government’s planned reforms to primary care.

This is something she reiterates in a Westminster Hall debate on the future of community pharmacy, just minutes before our interview.

“Of course, they are already a central part of the NHS, delivering vital primary care services at the heart of every community throughout the country and ensuring that patients have timely access to medicine.”

An announcement providing further detail of the plans will come “fairly soon”, she tells me afterwards.

So just what can we expect? The announcement will also detail how the government will make good on the Fuller stocktake report’s recommendations to move from “just a GP model”, to “a primary care model”, she says.

The health secretary is currently looking at the recommendations, she adds, while the announcement will explain how the government is planning to “support primary care and [to] build a whole community of primary care providers – whether that’s GPs, dentists, [or] community pharmacists”.

“Abusing staff is never the answer”

Key to her first nine months in the role has been tackling the rising waves of abuse and violence targeted at primary care workers.

Addressing parliament in January in a debate on access to GP appointments, she called on “all colleagues” to support local GPs and pharmacists.

“They have had a very tough time. We are taking a zero-tolerance approach to any abuse they receive,” she said at the time.

Then again in March she repeated that she would take a “zero-tolerance approach to abuse and harassment”.

“We are investing in better security at GP surgeries and working with the NHS to ensure primary care workers are supported,” she added.

Indeed, C+D’s recent investigation revealed that at least 27,385 reports of crimes in pharmacies were received by police authorities over a three-year period between 2019 and 2021.

What exactly is the government now doing to tackle abuse and violence against pharmacy teams?

“So, we have already changed the legislation in terms of doubling the sentencing for anyone who assaults an emergency or frontline worker, and that became law just a few weeks ago,” she says.

“But it’s about getting the message out as well. We worked with local commissioning groups earlier this year around getting some local messaging out. That should be going through to local pharmacists,” she adds.

While pharmacists have been given posters asking patients to treat staff with respect, “nationally, we’re looking at what we can do more to strengthen that message”, she says.

“Abusing staff is never the answer. I want to make sure that community pharmacists are included in that overall message"

But abuse is not the only issue to have plagued teams throughout the pandemic.

At its outset, many businesses faced uncertainty as to how COVID-19 would impact them – and community pharmacies were no exception.

Some pharmacies had to approach their landlords to seek rent reductions to help with cash flow, C+D reported in June 2020.

Issues with cumbersome rents are continuing for some, culminating in the requests of some pharmacy bodies for the NHS and private landlords to adopt a “more realistic approach for calculating rents” after contractors have been hit by “adversely” high rental figures.

Meanwhile, concerns have also brewed for some time by both locum pharmacists and contractors about the practices used to set locum fees.

“This is also an issue for GPs; locum prices and if you can get a locum. It's not just the cost, they’re pretty sought after,” she tells C+D.

So, how is the government helping support contractors? Again, it all starts with money.

This all comes under funding negotiations that are currently taking place for the fourth year of the five-year pharmacy contract in England, she explains.

The negotiations will set out how “to make sustainable funding for community pharmacy going forward”, she adds. “Obviously, the Pharmaceutical Services Negotiating Committee [is] making strong arguments about [pharmacists] taking on additional roles and how we fund that,” she responds diplomatically, but “I can't say too much about that at the moment”.

“But they’ve certainly got a minister who believes in the services that [pharmacies] provide and will try and support [them] as best [she] can.”