Locums with existing bookings and those booking new shifts at Tesco will be paid one of four new set rates – capped at £36 per hour for emergency cover – from mid-July, C+D understands. 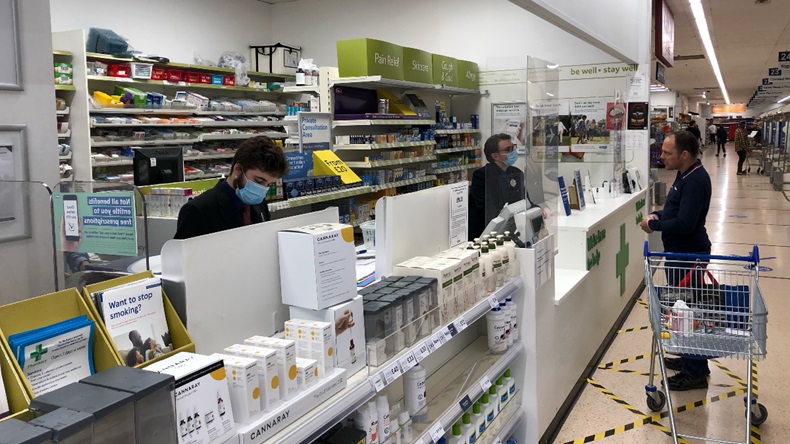 An emergency booking rate will be set at £36 per hour

A letter that appears to have been sent on behalf of the company, which was shared on social media yesterday (June 29), refers to the supermarket chain’s decision to introduce new rates from July 18 to “stabilise increased costs for the business caused by industry-wide labour shortages”.

Different hourly rates will apply at different stores, depending on whether they are banded A, B, or C, according to the letter.

C+D understands the three new rates by band are as follows:

Tesco will also introduce a fourth emergency booking rate, which will be set at £36 per hour, according to the letter. However, managers can only offer this rate if certain criteria are met.

“Store managers should ensure compliance with the new rates from July 18 and ensure that the hours submitted aligned with the hours worked by the locum, with one invoice per shift”, the letter states.

The letter suggests that the new rates represent “the first increase” in Tesco’s hourly pay offering since 2013.

However, a Tesco pharmacy manager, who wishes to remain anonymous, told C+D that they are struggling to book locums for shifts with these new rates.

“With the new rates, there is very little chance we will get cover,” they argued.

“This is creating a lot of work for us, as we cannot fill the shifts at the rates so are sending out endless messages and contacting agencies with little hope of filling these shifts. Many locums previously booked over this summer have cancelled their shifts from July 18,” they claimed.

Meanwhile, several locum pharmacists confirmed to C+D that they received communication from Tesco last week (June 23), to make them aware of the new rates.

One locum, who wishes to remain anonymous, claimed to C+D that they had previously booked shifts with Tesco at a higher rate and the new pay bands will result in a 14% pay cut for them.

“Once a shift and rate has been agreed, it would be considered unprofessional on my part if I announced I would charge a higher rate than originally agreed upon,” they added.

According to results from the C+D Salary Survey 2021, the average hourly rate for locums in Great Britain last year was £28.10, with the highest average regional rate – £33.18 – earned by locums working in Scotland.