Trainees who sat the GPhC registration assessment on June 29 have until 9am on July 11 to submit documentation if they intend to nullify this attempt, following the regulator’s decision to extend the deadline for nullification 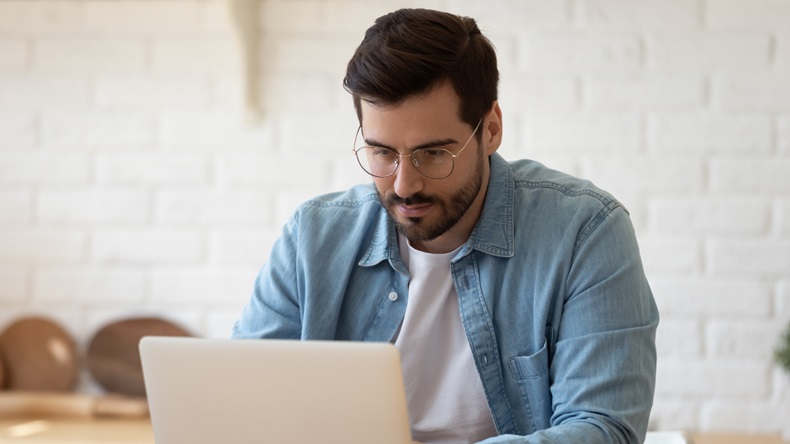 In previous statements, the General Pharmaceutical Council (GPhC) suggested that the “majority” of the circa 2,700 candidates who sat the exam faced no issues. However, it admitted the exam experience wasn’t flawless for students at five different centres, including one in Nottingham, where trainees reportedly faced the most significant issues.

The regulator also addressed some concerns flagged by candidates who were not impacted by IT or technical issues, but still felt that the issues they experienced might have had an impact on their performance – read more about trainees’ feedback and the GPhC’s response here.

Laying out candidates’ options in the aftermath of what has for many been a stressful exam sitting experience, the GPhC is encouraging those who were “significantly” impacted by the issues to “consider the options to nullify or to appeal a sitting as soon as possible”.

What do these options entail?

Nullification – by 9am next Monday

If candidates decide to nullify their attempt, they have until 9am on Monday, July 11, to do so.

This deadline had initially been set for July 6 – just five days after the June 29 sitting, as per GPhC procedure. But in a statement to candidates yesterday (July 6), the GPhC said that having listened to their feedback, it had decided to extend the deadline.

In previous statements, the regulator explained the reasons behind the tight deadline, which was set to allow it time to process each request, “including checking that supporting information has been provided” and so that candidates’ details can be anonymised before they are passed onto the board of assessors.

“This is to make sure that all decisions are fair, and consistent, and to eliminate any bias in the decision-making process,” the GPhC added.

“The decision on nullification requests needs to be taken promptly by the board of assessors so that the candidates’ results can be taken out of the marking process,” the GPhC explained.

Trainees who decide to nullify their attempt must do so by the deadline and by submitting a form to [email protected], as nullification requests by other methods will be rejected, according to the regulator.

Why would trainees decide to nullify their attempt?

In the nullification form, the GPhC wrote that candidates who experienced problems during the sitting – which “significantly affected” their performance – could consider asking for this attempt to be nullified.

Elsewhere in its guidance to students, the regulator said that those who faced an issue that “was not relating to a procedure not being properly applied by the GPhC or the assessment providers” – for example, they were unwell – can apply for nullification.

In response to C+D's question as to whether distracting noises or being distracted by other trainees could be valid reasons to apply for nullification, the GPhC said: “Each case is considered individually and any application would have to be supported by suitable evidence, whether it is citing noise or any other problem.”

“If their nullification request is upheld by the board of assessors, they will not receive their results and their assessment attempt will not count towards their three attempts to pass the exam,” the regulator wrote.

Appeal – after the exam results

Having received their registration exam results, candidates could decide to appeal if they failed, the GPhC wrote in a document explaining the process.

They can do so if:

However, the GPhC warned: “An appeal will not be considered if you were aware of your condition or circumstances at the time and could have requested a nullification.”

The regulator will release further information about how to appeal just shortly before the exam results are released on July 29.

Why would the affected 2021/22 trainees decide to appeal?

The regulator is encouraging those who were “significantly affected” by problems having to do with how the assessment was held – “such as a delay or other technical issue” – to appeal after receiving their exam results, it they were unsuccessful.

They would need to show that the GPhC or exam providers did not follow the registration assessment procedure, the regulator suggested.

“Procedural grounds would include – but are not limited to: experiencing delays in sitting Paper 1 or Paper 2; or having a major technical issue with their individual computer that significantly affected their ability to complete a paper,” the GPhC wrote.

The GPhC has already confirmed that the severe delays experienced by some candidates will be automatically accepted as grounds for appeal if they do not pass.

A tutor’s opinion: GPhC must conclude investigations before asking students to nullify

Candidates in a test centre in Nottingham, one of 113 BTL Group centres the exam was held at across the UK, were particularly affected, being unable to start working on Paper 1 until late in the afternoon, the regulator said.

They will be able to appeal if they fail the exam based on the “severe delays” they experienced, the regulator previously stated.

Pre Reg Shortcuts co-founder Marvin Munzu told C+D that the “majority of trainees” would not want to nullify and would rather want to be given “a fair chance to appeal if they are unsuccessful, just like the students who sat in Nottingham”.

“Nullifying the exam will mean going through more months of revising, more time away from their families, more money spent on revision resources, financial challenges and loss of conditional job offers.”

Mr Munzu felt it “unfair” of the regulator to ask trainees to make these decisions before it shares the results of its investigations of BTL, invigilators and the exam centres.

“The trainees need to know the outcome of these [investigations] before they make decisions to nullify or appeal,” he said.

“If the GPhC's investigations prove these issues did not exist, then many trainees will know an appeal on these won't be upheld, hence they may choose to nullify. On the other hand, if the GPhC's investigations prove there were more issues which affected trainee performance other than just the severe delays, then more trainees may choose not to nullify knowing they now have some grounds to appeal like the Nottingham candidates,” Mr Munzu suggested.

He called for the GPhC to produce the result of its investigations first, before asking trainees to either nullify their sitting or appeal the final exam results.

“The GPhC also needs to support trainees in making these decisions by defining clearly what constitutes a ‘significant issue’,” Mr Munzu added.

This article reports on the options as laid out by the regulator and includes the opinions of one pharmacist tutor.

Please contact your tutor, the Pharmacists’ Defence Association or the Royal Pharmaceutical Society for further advice.

Whatever you are going through, you don’t have to face it alone. Call Samaritans for free on 116 123, email [email protected] or visit www.samaritans.org for more information.