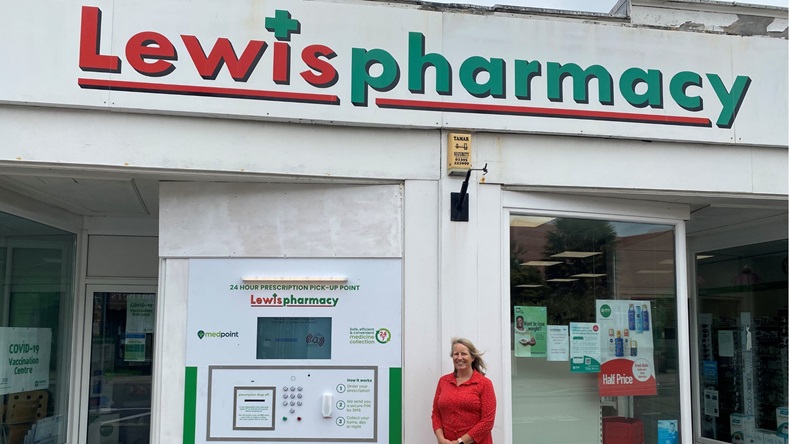 The online BOPA training now has more than 4,000 users

The “Let’s Communicate Cancer” training, hosted by the British Oncology Pharmacy Association (BOPA), was pioneered by Exmouth-based pharmacist Jackie Lewis of Lewis Pharmacy, who won the Training and Development Award at the C+D Awards 2021 for her work.

Pharmacy teams from across England can now access it via the NHS e-learning for health platform.

Pleased that the bitesized Let's Communicate Cancer BOPA training for community pharmacy teams has been made available on the e-learning for health platform today @BOPACommittee @PrimaryCareNHS @PSNCNews @rpharmshttps://t.co/QA1W7d9goM

Ms Lewis initially offered training on how to spot signs of cancer in walk-in patients as part of a programme – “Not Normal For You?” – which she ran as a pilot for six months, between January and October 2019, in partnership with a local Macmillan GP.

Staff in 10 local pharmacies were trained in “red flag recognition” of cancer signs in walk-in patients, which they are then required to write down on a branded card and persuade the patient to book an appointment to see a GP about it.

She later received funding from Pfizer, which allowed Ms Lewis to develop the training into an online learning course with a series of free e-learning modules on cancer. This went live on the BOPA website last year and was made available via the NHS platform last month (June 15).

Ms Lewis was first informed that her training would be rolled out nationally “just after the New Year”, she told C+D last week (July 5).

“Logistically for us, we designed it to go onto the BOPA website so we never really imagined that anyone would take it,” she added.

“We’ve worked really hard for six months to make this happen, negotiating contracts and fees, and working with [Health Education England's e-learning team] to rebuild the quizzes,” she said.

The fact that the training has been adopted nationally is “a surprise, but it’s great”, Ms Lewis added.

The online BOPA training, which now has more than 4,000 users, “is the product of everything I’ve been working on”, she added. “It’s multiple years of work come to fruition.”

She now hopes the programme will eventually form part of the Pharmacy Quality Scheme (PQS).

Under the pilot, patients who present with symptoms including a persistent cough, difficulty swallowing or blood in their urine can be directly referred to specialists by community pharmacy teams for scans and checks, without having to see a GP.

“If you’d asked me what I wanted to achieve with all this, it would be getting something like ‘Let’s Communicate Cancer’ to upskill community pharmacy workforce, recognised by NHSE&I,” she said.

“The second thing would be to get community pharmacy recognised in the early diagnosis pathway of cancer. So, for me, it’s a champagne moment.”

Ms Lewis was involved in the initial scoping meetings for the NHS pilot, she told C+D. “They had a meeting in April with lots of stakeholders and we all put our ideas together.”

There were, however, individuals on the call who voiced concerns over whether “pharmacy can do this”, she told C+D.

“I had to stand my ground and I feel like we’re past that stage now. Pharmacy can do this,” she added.

Ms Lewis estimates she now sees “three times the number of cancer red flag symptoms” from patients coming to Lewis Pharmacy than she did pre-pandemic, and the team is assisting patients “with more advanced red flags”, she told C+D.

The five-year community pharmacy contract, published in 2019, laid out plans to “explore activity to complement the content of forthcoming primary care network service specifications; for example, on early cancer diagnosis, in 2021/22.

Do you or your team deserve to be recognised? Enter the C+D Awards 2022 today

NHS not ready to deal with extra cancer referrals by pharmacists, charity fears

Pharmacy teams to spot signs of cancer under landmark pilot