Two locum pharmacists have partnered to launch a new company, to help locums and employed pharmacists buy their own pharmacy in a bid to combat temporary closures. 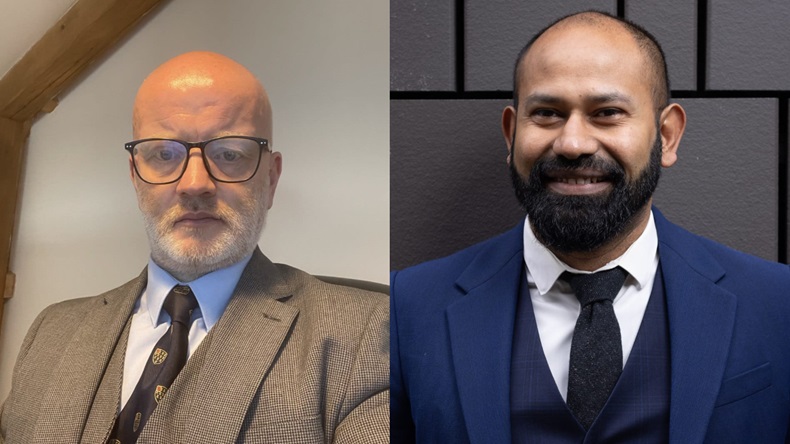 Schedule Four Consultancy will be launching “within the next few weeks”

Tohidul Islam (pictured on the right) and Paul Summerfield (on the left) were driven to join forces by “the recent spate of pharmacy closures and the adverse effect [these] will no doubt have on patients”, Mr Islam wrote on Twitter last week (July 10).

Through their new company – Schedule Four Consultancy – they will assist locums or employed pharmacists wishing to start “afresh with a completely new NHS contract” or who might be looking to buy “an existing contract for an internet pharmacy, bricks-and-mortar or distance-selling pharmacy”, Mr Islam added.

The company website will be launching “within the next few weeks”, Mr Islam told C+D yesterday (July 11), though he and Mr Summerfield are already “speaking to people who are interested in learning more about who we are and what we can do for them”.

“There is a huge appetite for locums and employed pharmacists to open their own pharmacy and develop a new kind of community pharmacy model” which focuses on “services, not just NHS dispensing fees”, Mr Islam stated.

Pharmacists with independent prescribing qualifications “who feel their skills are not being utilised […] would love to own their own place and use these skills to support patients and reduce burden on the NHS”, he further claimed.

Mr Islam told C+D today (July 12) that the company will help pharmacists apply for commercial loans and find pharmacies “in their desired location”.

He is also building a mentorship programme, he said, whereby “highly experienced” independent pharmacy contractors and ex-contractors will give prospective buyers “additional business development support” for “a small fee”.

The mentorship program will help hopeful pharmacy owners “hit the ground running”, Mr Islam continued, as most of those who have so far reached out to him and Mr Summerfield “have no experience in buying or running a new pharmacy business”.

Schedule Four will also partner with the Pharmacy Innovation Lab to ensure pharmacy owners “have the latest and most efficient software and systems in place, to enable them to carry out both NHS and private services”, and will help prospective buyers develop “forward looking” and “clinically focused” business models that establish “multiple revenue streams”, Mr Islam explained.

“In short, we want every pharmacist to have the confidence and knowledge to be able to own and operate their own pharmacy,” he stated.

Mr Islam and Mr Summerfield have worked together “for a number of years now”, particularly within The Pharmacist Cooperative, a training and support network.

The pair embarked on this venture out of mutual “frustration” over “the recent spate of pharmacy closures”, Mr Islam said.

Both feel temporary closures “have nothing to do with a lack of pharmacists”, as some employers have claimed.

“We believe a change in [the] ownership landscape of community pharmacy in UK will lead to better patient outcomes and improve access to pharmacists,” Mr Islam said.

This is because “independent pharmacy owners work extremely hard and will always ensure their pharmacy remains open to the public”, he claimed.

“In all of this there is a profit to be made for pharmacy owners. It not all doom and gloom,” Mr Islam added.

Last year, pharmacists were added to the government’s shortage occupation list, a move that Boots showed its support for in March this year.

Meanwhile, Lloydspharmacy superintendent Victoria Steele wrote in a blog for C+D last year that the pharmacist “shortage is the driving factor behind the rising number of partial closures” experienced by the sector.

However, some locum pharmacists and the PDA have questioned whether pharmacists should be on the shortage occupation list.

Catch up with C+D’s Big Debate, which asked: Is there a shortage of community pharmacists?