The Department of Health and Social Care (DH) should “proactively monitor” how its proposed hub-and-spoke dispensing models impact the community pharmacy sector – or risk long-term threats to competition, the UK’s competition watchdog has warned. 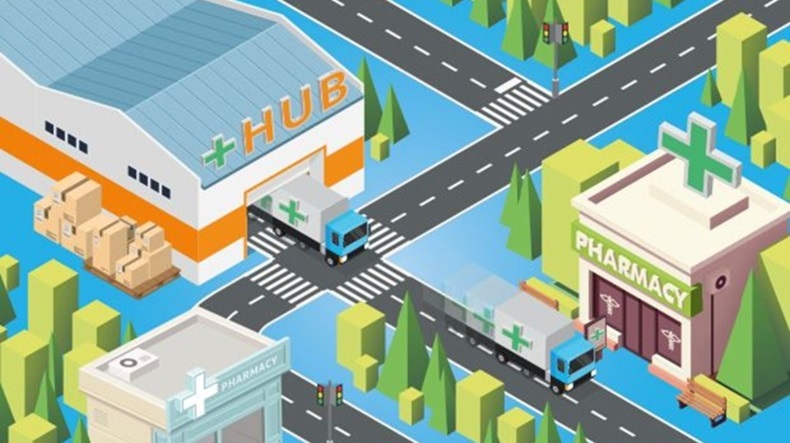 CMA: Hub-and-spoke policy proposal is “by its nature broadly pro-competitive”

The Competition and Markets Authority (CMA) acknowledged “potential longer-term competition risks” linked with the system in its response to the DH’s impact assessment of its two proposed hub-and-spoke dispensing models (see table below).

These risks could surface if the market develops in such a way that pharmacies can only access medicines through “an increasingly limited number” of dispensing hubs, the CMA wrote in its response, published last week (July 16).

Read more: AIMp: Cap number of patients per ‘hub’ pharmacist or risk ‘race to the bottom’ on costs

“The complexity of this market and nature of dispensing arrangements may serve to exacerbate this risk,” the watchdog warned.

The CMA agreed with the DH that the dispensing models need “ongoing monitoring or periodic review”, as it “is difficult at this stage to predict how the market will develop”.

But it recognised that the DH's hub-and-spoke policy proposal is “by its nature broadly pro-competitive”, as it widens access to the hubs to all pharmacies, enabling a more “level playing field”.

The DH noted similar risks in its own impact assessment of the proposals, highlighting a threat to competition if wholesalers chose to offer hub services as this could force pharmacies to purchase all their stock from these companies.

If there were fewer small wholesaling companies, this could lead to less competition and increased medicines prices, it warned.

"However, this risk will in turn depend on the number of hubs that enter the market and the degree of competition between them," it said.

On the other hand, small wholesalers could instead "compete more effectively" with larger companies if they chose to operate hubs because of a need to expand the range of products they offer, the DH reasoned.

What is the CMA suggesting?

The CMA has put forward three suggestions to the DH, encouraging it to:

“A proactive approach to monitoring the effect of this policy and subsequent early consideration of any competition concerns is likely to be more effective and less costly than any ex-post enforcement or unpicking of subsequently embedded competition issues,” the watchdog noted.

It suggested working alongside the DH as it monitors the development of this new market.

Earlier this year, the National Pharmacy Association (NPA) called on the CMA to address concerns over the implementation of the models, following a meeting during with the NPA flagged the “potential competition impacts” of the models to the CMA.

Commenting on the CMA's response to the models, NPA director of corporate affairs Gareth Jones told C+D today (July 18) that it is “good that the CMA is recommending close monitoring of the market from the start, to enable early intervention on reduced competition”.

“The NPA has already suggested a multi-pronged approach, including removing direct to pharmacy and limited wholesaler schemes so that any registered provider meeting standards can operate in this market.

“Switching hub provider must also be made as easy as possible for pharmacies,” Mr Jones added.