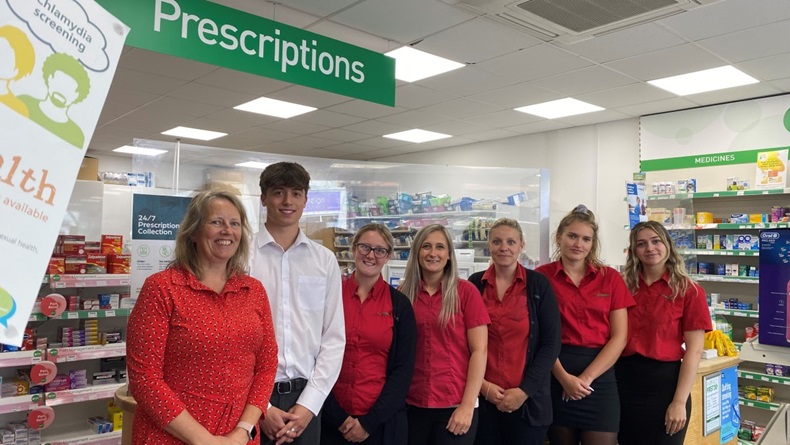 Jackie Lewis (far left) and her team at Lewis Pharmacy in Exmouth, Devon

The impact of the COVID-19 pandemic on cancer care and treatment across the globe has been well documented. According to Cancer Research UK, almost three in 10 cancer patients had their treatment disrupted when the NHS suspended much of its normal care to focus on COVID-19.

Diagnostic waiting times were also hit particularly hard. In England alone there were 4.6 million fewer key diagnostic tests to detect cancer in the first year of the pandemic, compared with the same months the previous year.

And there’s one woman behind it all. 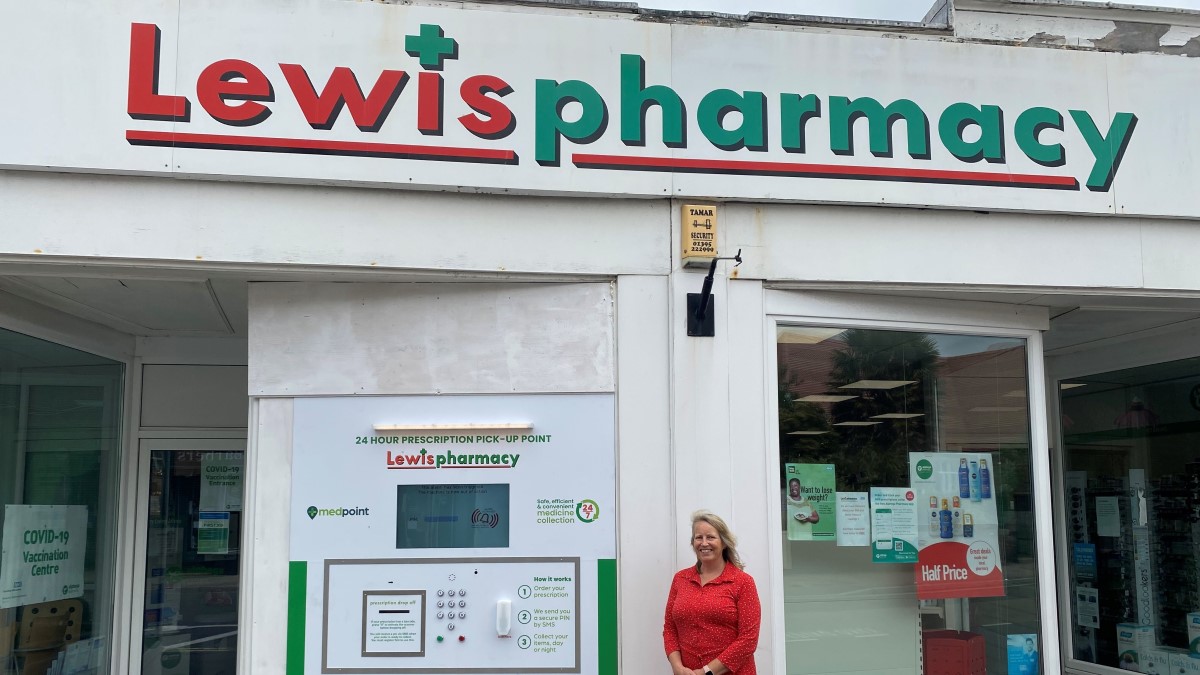 Jackie initially offered training on how to spot signs of cancer in walk-in patients as part of a programme – “Not Normal For You?” – which she ran as a pilot for six months, between January and October 2019, in partnership with a local Macmillan GP.

Aided by grants from the National Pharmacy Association (NPA) and the Health Education Foundation to start the pilot, staff in 10 local pharmacies were trained in “red flag recognition” of cancer signs in walk-in patients, she tells C+D, which they were then required to write down on a branded card and persuade the patient to book an appointment to see a GP about it.

The pilot proved “that we didn’t over refer”, she tells C+D.

While new pharmacy services often throw up fears of increased workloads in other areas of primary care, the pilot did not overwhelm GPs with referrals. Instead, it fostered greater collaboration between the primary care healthcare sector.

“What shone out was the relationship between the patient and the counter assistant. That absolutely shone out, the trust they had in each other and the trust in the pharmacy team.”

Following the success of the pilot, she later received funding from drug company Pfizer, which allowed her to develop the training into an online learning course with a series of free e-learning modules on cancer. This went live on the BOPA website last year and was made available via the NHS platform last month (June 15).

Jackie’s work around cancer care is not just a recent passion. Rather, it is a lifelong mission.

Working at the Royal Free Hospital in London during her pre-reg year, she then “stayed on for a year, did the rotations, got to know the cancer wards”, she says. “It just really interested me”.

Then she spotted an advert promoting a PhD in targeting anti-cancer drugs using liposomes. “I thought that would be really worthwhile”, she tells C+D. “So I went off to Leicester to do that.” 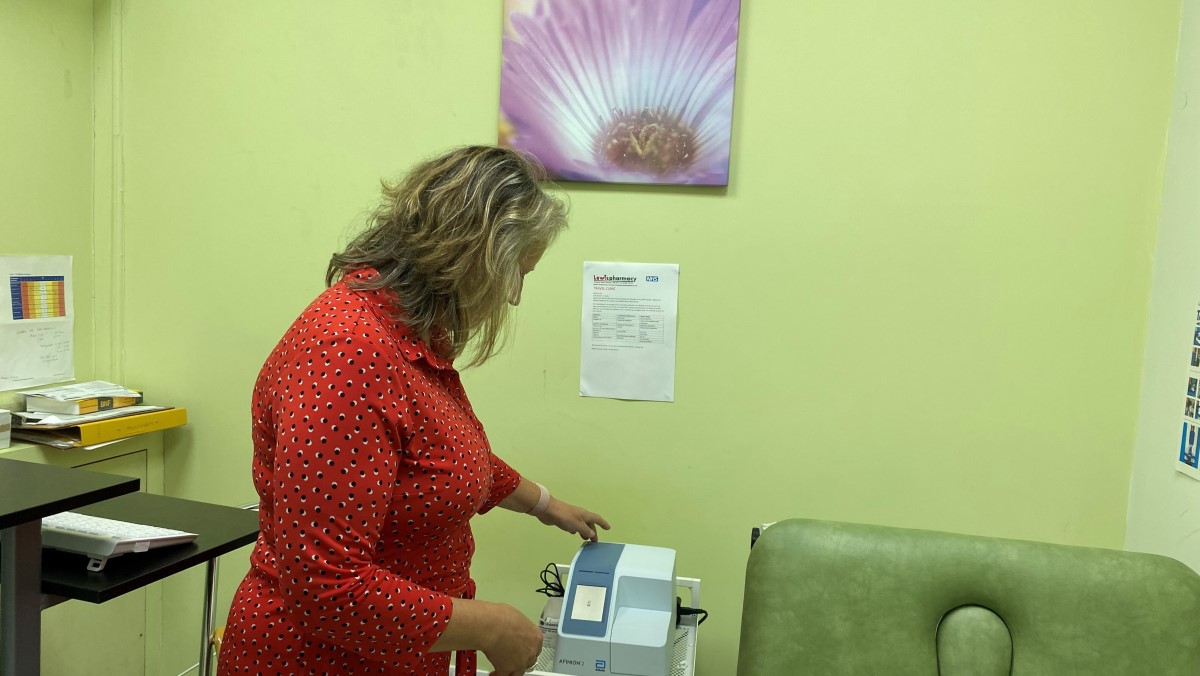 But after completing her PhD, she was unable to re-enter the world of hospital pharmacy. “It was really difficult,” she says, “because they deemed me as not having clinical knowledge”.

Instead, roles at the Wales Centre for Pharmacy Professional Education (WCPPE) – now Health Education and Improvement Wales (HEIW) – and in community pharmacy followed.

Her own breast cancer diagnosis only served to strengthen her motivation. “Everyone's got a story”, she says.

But after moving to Exmouth, Devon 22 years ago – “the longest I’ve lived anywhere”, she admits – to buy her pharmacy with her husband, the ways in which she could help her patients with cancer began to play on her mind. “It’s all grown from there,” she says.

Community pharmacy is so often “written off wrongly”, she adds. “But I believe community now is far more varied and you don't know what's going happen in the day”.

The Lewis Pharmacy team “have to deal with everything all day”, she says. In fact, Jackie not only scooped the C+D Award for Training and Development during November's glitzy ceremony, but her “tight-knit” team bagged the ‘highly commended’ accolade for independent pharmacy of the year, which she tells C+D was particularly special.

Her “holy grail” goals for her team’s role in cancer care – and the wider community pharmacy network – are “to upskill the workforce” and “to save lives with early diagnosis”.

She strongly believes that providing pharmacy teams with the confidence to enact this is the key to success.

“It's so simple, it's not rocket science,” she stresses. “Hopefully things will progress now where we can further help community pharmacists or pharmacy teams, actually, with factsheets and things like that and get them upskilled and more confident.”

In May, NHSE&I revealed that almost three million people were referred for cancer checks over the previous 12 months – the highest year on record – up by over a tenth on the 2.4 million people referred before the pandemic.

Jackie tells C+D: “I estimate [that] I'm seeing three times the number of cancer red flag symptoms put in front of me and people asking, ‘Can you have a look?’

Most concerningly, her team is now assisting patients “with more advanced red flags”.

Indeed, one patient was recently referred straight to the GP via CPCS after presenting with alarming symptoms, while another “came in and said, ‘I can't get an appointment’”, she adds. “Even if it's in three weeks’ time, you need to make that appointment.” 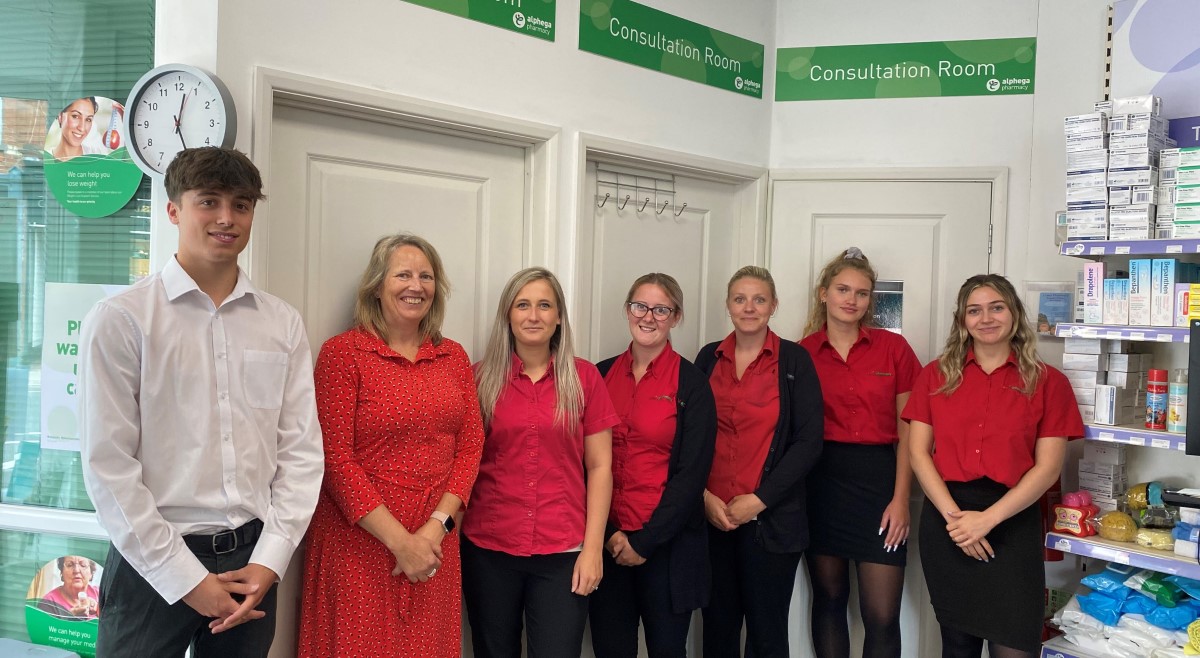 Few pharmacy teams – if any – were immune to the pressures presented by the COVID-19 pandemic, and Lewis Pharmacy’s experience is no exception. But Jackie believes the pandemic also changed how patients access the pharmacy and their behaviour around cancer prescribing.

“People in Exmouth didn’t traditionally want to spend a lot of money. That's a big change with the pandemic. Now, if I if someone comes in and I say, ‘I think you need this, this and this’, they will say, “OK’”, she explains.

“Before, they would say, ‘Oh, I’ll get that from my doctor’. But I think they feel they can't access their doctor,” she adds. “People are happy to take our advice, really grateful and happy to pay.”

Has this come as a surprise? “The sustainability of it has surprised me,” she admits.

Under the new NHS community pharmacy cancer diagnosis pilot, patients who present with symptoms including a persistent cough, difficulty swallowing or blood in their urine can be directly referred to specialists by community pharmacy teams for scans and checks, without having to see a GP.

But Jackie admits to having small reservations about the NHS pilot.

“What I’m really concerned about is that they make it workable, because I worked really hard to make ‘Not Normal For You’ simple. It's hard to make something simple and I just worry that they're going to overcomplicate it and put people off,” she explains. 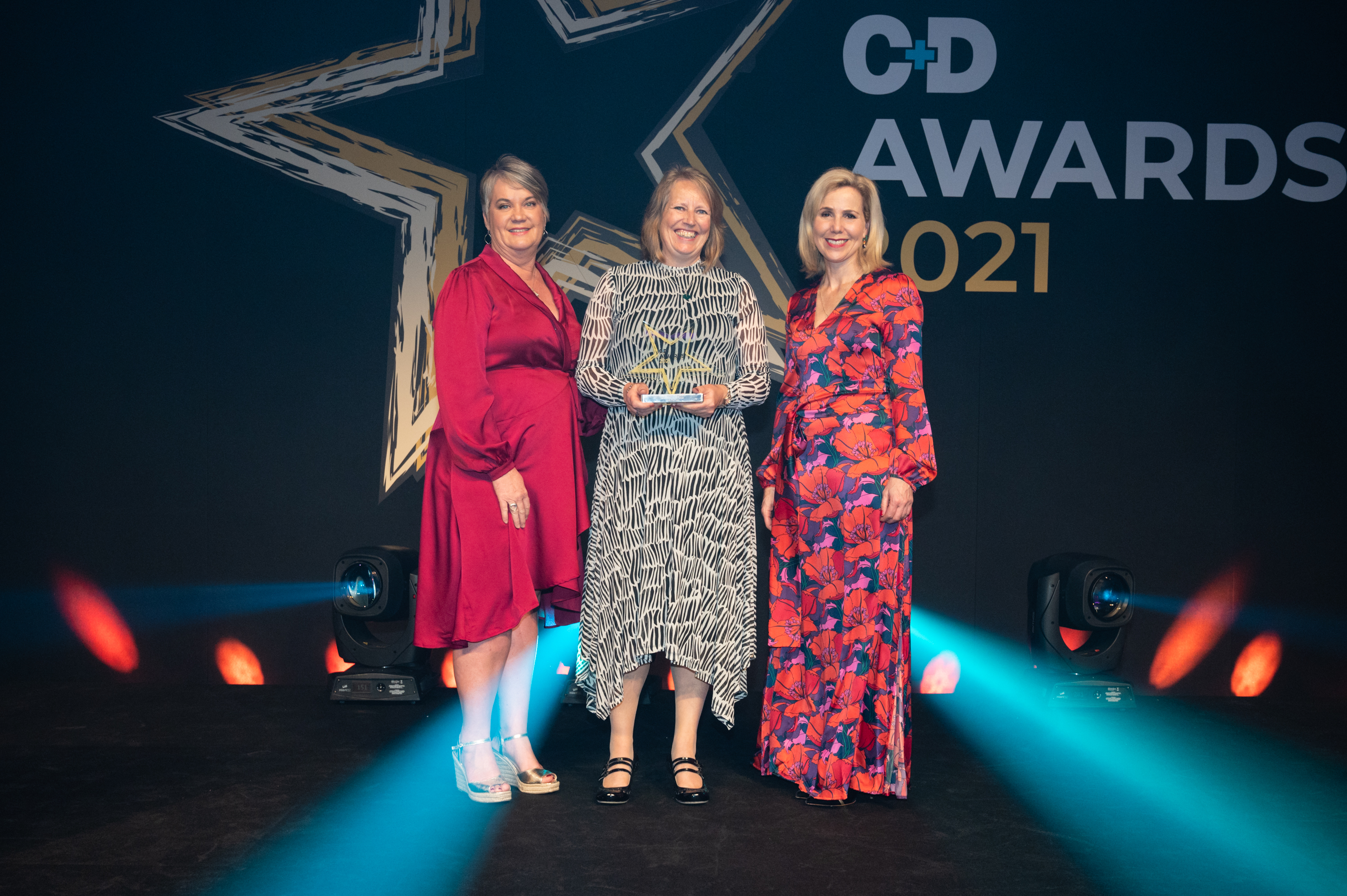 After meeting in April with “lots of stakeholders” as part of the initial scoping meetings for the pilot, there were those who voiced concerns over whether “pharmacy can do this”, she tells C+D.

“I had to stand my ground and I feel like we’re past that stage now. Pharmacy can do this,” she adds. “Hopefully, people have enough information to sign up.”

How does it feel that her work around cancer diagnosis is now essentially being rolled out at a national level?

“If you’d asked me what I wanted to achieve with all this, it would be getting something like ‘Let’s Communicate Cancer’ to upskill community pharmacy workforce, recognised by NHSE&I,” she tells C+D.

“The second thing would be to get community pharmacy recognised in the early diagnosis pathway of cancer. So, for me, it’s a champagne moment.”

So, what’s next?  Having recently applied for a grant to improve her “Let’s Communicate Cancer” resources, her aim is to pool them into their own hub, she admits. She also wants to work with the NPA on its cancer hub to add further information and resources for healthy living pharmacies.

“It's really hard to find resources for a campaign,” she admits. “We just don't have time to do all that.”

A major goal is to create a downloadable campaign, with “short, 30-second to two-minute” graphics of red flag symptoms for different cancers, she tells C+D.

Her aim would be to publish these in partnership with the NPA or BOPA, making sure the materials are easy for pharmacy teams to absorb and retain.

But for Jackie, the main thing is to keep it simple to have the biggest impact. "What’s vital is “starting to get the message out there”.

Could you or one of your colleagues be crowned as a C+D Award winner? Check out all the categories for the 2022 awards and enter today