Women have been making moves in pharmacy since the nineteenth century. Here's the story of the "trailblazing" woman who defied all social conventions of the time to become the first female pharmacist in the early 1870s 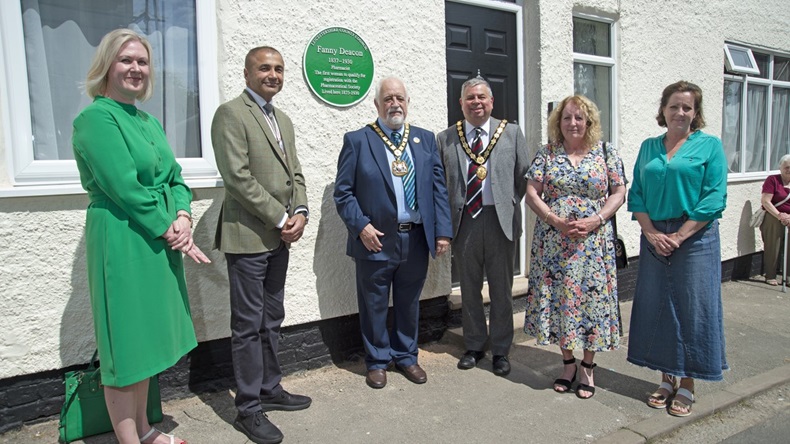 In 1870, Frances (Fanny) Elizabeth Deacon became the very first woman in England to qualify for registration with the Royal Pharmaceutical Society (RPS), making her mark in what was then a completely male-dominated profession. Her name appeared on the RPS register the year after she passed what was known as the 'modified exam' in 1869. And this June, over 100 years later, her achievements were honoured with a Green Plaque by Leicestershire County Council.

Leicestershire was Fanny's home, where she lived and worked her whole life. She was born in the village of Kibworth Beauchamp in 1837. And it was here that she picked up her first skills as a pharmacist, working alongside her father, who had also made pharmacy his profession.

In 1869, Fanny applied for the RPS pharmacy exam in London, without revealing that she was a woman, signing her application with her maiden name, F.E. Potter.

Fanny passed the exam, marking a historic milestone in the late 19th century as the first step in the long journey towards the equal treatment of female pharmacists.

But although Fanny could now work as a pharmacist, she wasn’t able to join the RPS – then known as the Royal Pharmaceutical Society of Great Britain, which back in the early 1870s would not allow women to become members. Because of this rule, female pharmacists did not qualify for society prizes, nor were they allowed to work in the society's chemical laboratories.

More importantly, it meant that female pharmacists had no right to participate in drafting regulations for the sector, which was done entirely by men. This issue of granting women membership to the RPS was of great concern in the mid-1870s and caused a rift among its male members.

In 1879, the RPS finally decided to change its policy and admit women to the organisation. Interestingly, according to the society’s archives, this decision was not made out of a desire for gender equality, but rather because male members wanted to end this long-standing problem, having grown tired of the constant "agitation" it caused. 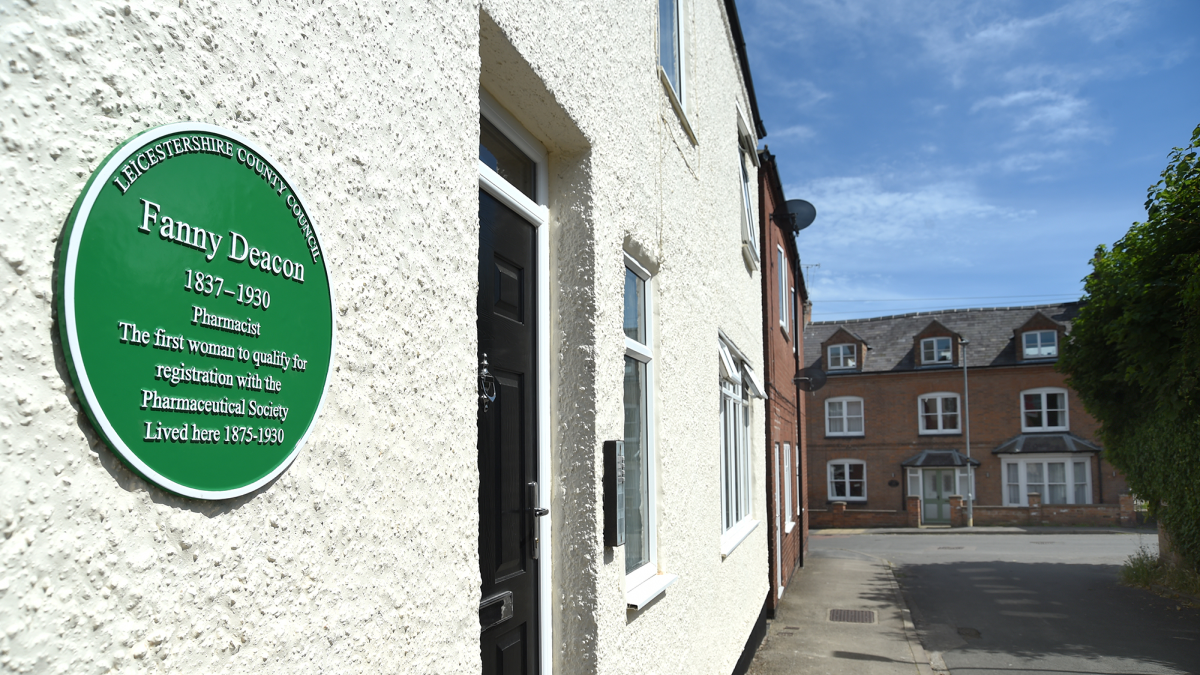 The green plaque in Fleckney, Leicestershire, where Fanny ran her pharmacy

In 1975, a few years after passing the pharmacy exam, Fanny married Abraham Deacon, the minister of Fleckney Carmel Strict and Peculiar Chapel. Alongside her father, Fanny opened her own pharmacy at 1 Wolsey Lane in the village of Fleckney, right next door to the chapel presided over by her husband.

The couple had one son, Augustus. However, he did not follow in his mother and grandfather’s footsteps by becoming a pharmacist, choosing instead to become a watchmaker. Fanny's husband died in 1911, but she continued to run the pharmacy until the end of her life. She died in 1930 at the age of 92, making her the oldest registered chemist in England at the time. She is buried next to her husband in Fleckney Churchyard.

“An ordinary woman achieving something quite special”

Every year, Leicestershire County Council asks the public and local organisations to name people whose memory they think should be commemorated. In 2021, the council received 32 nominations and green plaques were eventually awarded to six of these nominees, of which Fanny Deacon was one. She stands in good company – alongside a WWII fighter pilot and the founder of the Quaker movement.

Fanny’s own nomination came from Fleckney Parish Council. The council's chair, Suzanne Wyche, says it was back in December 2019 that the council considered putting forward a nomination for a green plaque and "the only name that came forward was that of Fanny Deacon." Fanny’s story was highlighted by the local history Group in Fleckney, which has described her as a "trailblazer" who has been finally honoured for her work.

Ms Wyche tells C+D: "Why did we think she deserved the award? This was about Fanny being recognised, not only for her achievement in being the first woman to qualify for registration with the pharmaceutical society in what was then a male dominated society – an ordinary woman achieving something quite special.

But also, her service to the local community during the time she ran the chemist at 1 Wolsey Lane until her death."

Read more: What history teaches us about pharmacy, the Spanish flu and COVID-19

If you search through the RPS's archives, you will find an amazing piece of history that captures Fanny doing just that. It is a gramophone recording from 1888 made by Fanny herself, after accidentally leaving it on while she chatted to a customer who had visited her pharmacy in Fleckney on Christmas Eve.

In the recording, Fanny's male customer expresses surprise when he is met by a woman behind the counter. She tells him she is a registered chemist with the "Pharmaceutical Society of Great Britain". In an exchange that is symbolic of the time, he is surprised and replies with, "You madam? A woman? Well, I never..."

What is also notable about the recording is how lively, informative and engaging Fanny is when talking to her customer and how passionate she sounds about her work. She discusses the merits of natural remedies, scientific advancements in pharmacy, the lack of drug regulation — and even Chemist and Druggist magazine.

When her customer asks why the pharmacy's front window is so decorated, she explains: "Apparently it's all the rage. The latest Chemist and Druggist has an article about designing just such a modern display. And we're nothing if not a modern store, sir. Did you like the use of cotton wool to imitate falling snow and create a festive atmosphere? Chemist and Druggist says it's all the rage in London sir, and many customers have enjoyed our display."

What history teaches us about pharmacy, the Spanish flu and COVID-19