The Scottish chain M&D Green Dispensing Chemists has snapped up Stepps Pharmacy in North Lanarkshire, adding to its 30-branch estate across Scotland. 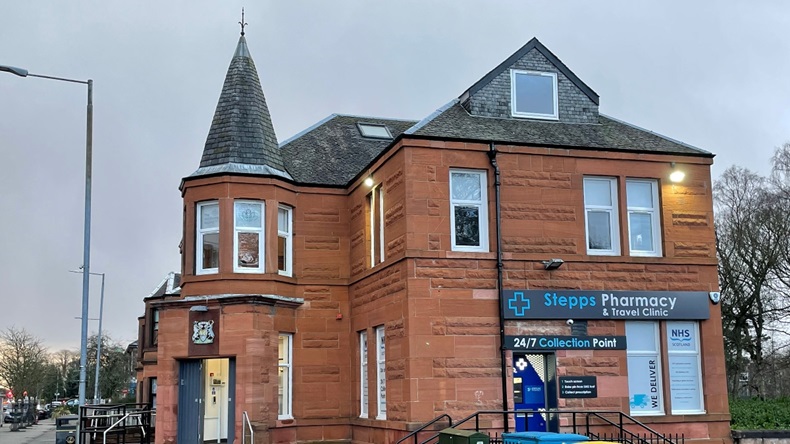 Christie & Co: Within “only a couple of weeks, we received three offers from experienced operators"

Stepps Pharmacy, “located in a distinctive former Royal Bank of Scotland building” in Stepps, North Lanarkshire, is a “long-standing unopposed pharmacy”, according to Christie & Co, the brokerage that oversaw the sale.

It was bought for an undisclosed price from former owner Ron Badger, who had acquired the pharmacy 18 months previously and relocated it to its current “bigger former bank premises”, Christie & Co announced today (August 3).

Karl Clezy, director of medical at Christie & Co, said the sale was a “quick process”, after the broker reached out to a “handful of operators who we knew would be keen on this opportunity”.

Within “only a couple of weeks, we received three offers from experienced operators based in the west of Scotland”, he claimed.

By installing a dispensing robot and outside 24/7 collection point “to help make it more convenient for patients to pick up their prescription”, Mr Badger “grew the business significantly”, Mr Clezy added.

Since its relocation, “it has been well set up by Ron and benefits from an experienced and committed team. It is geographically well located, extending our coverage further in North Lanarkshire”, he commented.

Staff previously working for the pharmacy will continue in their roles, Mr Green confirmed.

“We look forward to working with Stuart, the pharmacy manager, and his staff, in the years to come,” he added.

Meanwhile, Mr Badger – who decided to sell to look at other pharmacy opportunities – said he was “delighted to pass the business over to the M&D Green Pharmacy Group”.

The pharmacy has been left “in safe hands for the future”, he added.