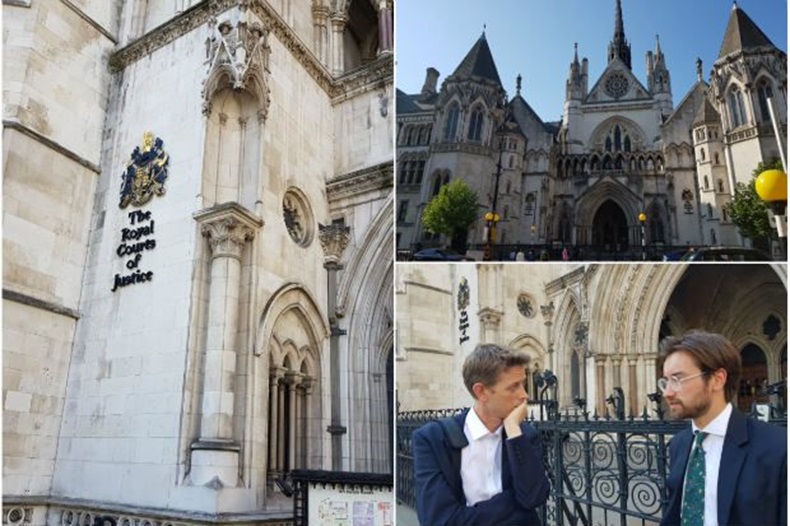 Walking out of the Royal Courts of Justice into the spring sunshine at the conclusion of the sector’s High Court appeal against the cuts to pharmacy funding in England, I had a bitter taste in my mouth.

For two days, I had listened to lawyers locking horns over the impact of the funding cuts on community pharmacies, and one point was clear: the Department of Health and Social Care (DH) did not believe that closing pharmacies would reduce access for patients.

It was never going to be easy to tease news stories from the lawyers’ words in an appeal case. Surely all the action had unfolded in the initial hearing, brought against the DH a year before? I was not expecting the same kind of sector-shaking revelations that had been uncovered then: the existence of the DH’s pharmacy mole, the Prime Minister’s doubts about the cuts, or the emergence of a secret impact assessment.

But in the appeal there was one stand-out detail. James Eadie QC, the DH’s lawyer, told the three wigged and gowned judges that there had been 156 closures in the 19 months since the funding cuts were enforced, in December 2016. Finally, some hard news – I fired off a tweet.

Mr Eadie discussed this figure while arguing that the impact of the funding cuts had not reduced patient access to community pharmacies. This is a contradiction. How could closing pharmacies not reduce patient access? Surely the closures prove access has been reduced, which will in turn increase inequalities?

This issue became central to the appeal, with Mr Eadie, and lawyers from the Pharmaceutical Services Negotiating Committee (PSNC) and National Pharmacy Association (NPA) returning to it repeatedly during the hearing. It’s now up to the judges to decide whether, in introducing the funding cuts, the DH failed in its “duty to reduce inequalities” – an obligation set out in the NHS Health and Social Care Act 2012.

Outside the court, I asked three DH representatives if C+D could have a breakdown of the closures. They told me it had been sent to us – it hadn’t. In fact, it took another six weeks and an eventual Freedom of Information request to get it, before I could begin the painstaking task of confirming the location of each one, individually.

This would reveal that 140 pharmacies had closed across England between November 2016 – the month before the 12% funding cut came into force – and May 2018. This is more than a three-fold increase in the average of 40 pharmacies that NHS Digital says closed in England every year up to 2016.

The detail of the closures helps to visualise the impact. Plotting each location across England on an interactive map, I started to get an idea of the scale. The names of the places that had lost pharmacies makes the people who have been affected a reality: in Liverpool, Birmingham, Manchester and Bournemouth. There was one in Upper Norwood in London, a 20-minute drive from my flat.

When patients are vulnerable, minor tremors in communities upset their health care. These closures in rural and urban locations across England could trigger an earthquake. By disrupting patients’ relationship with their pharmacies, it forces them into already overflowing GP surgeries and A&E departments.

When the safety net fails

But during the appeal, the DH’s argument made it clear to me that it does not understand this. The DH’s lawyer Mr Eadie went so far as to say “it doesn't matter what the number [of closures] is, it's about imposing efficiencies and maintaining access”. This chilling point of view demonstrates a fundamental misunderstanding. Each closure severs one of the few lines of support many patients will have. Closures reduce efficiency and access.

Mr Eadie argued that access will be ensured for isolated pharmacies, as the DH’s Pharmacy Access Scheme protects those pharmacies situated a mile or more from another from the cuts. But those with the lowest income will still be disproportionately affected, as this ‘safety net’ is ineffective. The scheme fails to take the level of deprivation of an area into account – relying only on geographic access and distance by road to decide on the importance of a pharmacy.

C+D’s exclusive investigation also found that one quarter of the 140 pharmacies – 39 – were in deprived areas. “Deprived areas tend to have more clustering of pharmacies, not necessarily to meet an increased health need,” proclaimed Mr Eadie. But pharmacies are private businesses that depend on “health need” for income, a need that remains even after they close.

There is a massive difference between where the case was held – the striking, Victorian gothic edifice of the courts – and the functional, unglamorous community pharmacies whose fates were being decided. It can be tricky to appreciate the value of pharmacies while in this detached setting; the face-to-face interaction, the services, the personalised patient care. But the three-fold increase in the number of pharmacy closures, with a quarter in the most deprived areas in the country, are indisputable facts that even High Court judges can understand.