Tags:
COVID-19 Vaccination All Other Clinical 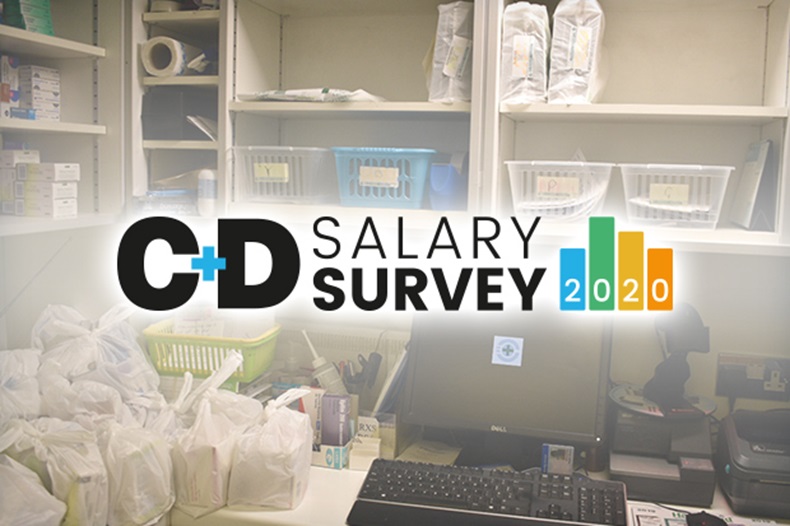 Pharmacy professionals are often expected to put in extra effort to ensure that high-quality patient care is maintained. They should provide person-centred care, as the General Pharmaceutical Council standards set out, but they are not expected to do so to the detriment of their health.

Last year saw unremitting demand push pharmacy teams, who were already overstretched, to breaking point. UK pharmacists have revealed how the increase in workload damaged their physical and mental health, in frank accounts from 589 branch managers, non-managers and superintendents who responded to the C+D Salary Survey 2020. The survey ran from October 19 until December 10.

The surge in demand from patients looking for medicines and advice from pharmacies triggered dangerous levels of stress for many pharmacists. Some 83% said their stress levels were high in the year leading up to October 2020, with 33% enduring “very high” stress levels.

High stress has been a prominent feature of the Salary Survey for several years. C+D revealed that stress levels in community pharmacy rose to 74% in 2018 from 70% in 2014 among locums, superintendents, area managers, contractors and non-managers. But the impact of the COVID-19 pandemic has compounded the pressure on the beleaguered mental health of pharmacists.

Almost all branch manager, non-manager and superintendent pharmacists (94%) said their workload increased over 2020. Half of respondents (51%) said the workload was “often unrealistic”, while 14% said it was “always unrealistic”.

One pharmacist said: “This year has been one of the most pressurised I have ever felt in 17 years of working.”

Stress can cause symptoms ranging from chest pain to difficulty concentrating. A wide array of the signs of affliction were visible in the survey.

One pharmacist said stress made them feel so unwell they “struggle to cope most of the time”, with the pressure “massively” affecting their home life. They were not alone in taking the burden of their work home with them, as 57% of respondents had trouble sleeping because of work.

“I am off [work] with stress, it will be a four-week absence in total,” one pharmacist said. Another pharmacist, who was enduring migraines for the first time, said: “My blood pressure is at a point where my GP wants me [to take] antihypertensives.”

One respondent said: “[I’m] feeling isolated – very rarely do pharmacists get to speak with other pharmacists.” Another said stress was affecting their “motivation and self-worth”, leading them to question pharmacy as a career when they had started out loving it.

Several respondents noted that they were on medication to handle the pressure. Other pharmacists said they used alcohol as a coping mechanism, with 18% saying they were drinking more than usual.

While pharmacy teams were handling unprecedented levels of requests from patients in 2020, they were often doing it without extra locum help or with colleagues isolating after encountering someone with COVID-19. More than half of respondents (54%) said their staffing levels were “quite low”, while 15% said they were “so low they were dangerous”.

Pharmacy teams should be supported by sufficient staffing numbers for safe patient care. The GPhC standards say staffing levels must take into account patient demand, but many pharmacy teams did not expand to reflect increased workload during 2020.

“We rely on very small amounts of staff, the rule is one pharmacist and one dispenser – [the business] cannot afford any more, it is a very busy pharmacy,” said one pharmacist.

“I would rather get paid less and have support staff and be less stressed,” said another pharmacist.

“My employer has reduced hours so that I undertake many roles that a pharmacist wouldn't have been involved in in the past as supporting staff would have done them,” said a branch manager.

“There are simply not enough staff to complete the workload anymore, and the staff we do have are unmotivated and exhausted,” said another pharmacist.

Aside from the personal health of pharmacists, stress among pharmacy professionals also impinges upon patient safety in the pharmacy. Almost one in three (31%) pharmacist respondents said they self-checked prescriptions every day, while 23% said they did so a few times a week.

Pharmacy professionals also find themselves unable to find the time to give quality patient care. “Stress at times meant patients sometimes received a less happy face when asking to speak to the pharmacist,” one respondent said.

“[I’ve] no time to give attention to patients,” said another pharmacist.

“I did the required service and did not go extra as usually I do for everybody,” said a third pharmacist.

Pharmacists have stepped up to the challenge of the COVID-19 pandemic to ensure that patients get their medicines regardless of the working conditions. But the added pressure of a global pandemic has led to an epidemic of stress among their ranks, with the virus exacerbating the already fraught mental health of pharmacists.

Although politicians have extolled pharmacists’ hard work over a gruelling year, their warm words are not enough to keep the sector going. With added funding, many pharmacies could increase staff numbers to cope with patient demand, without which they risk running themselves into dispensary floors.