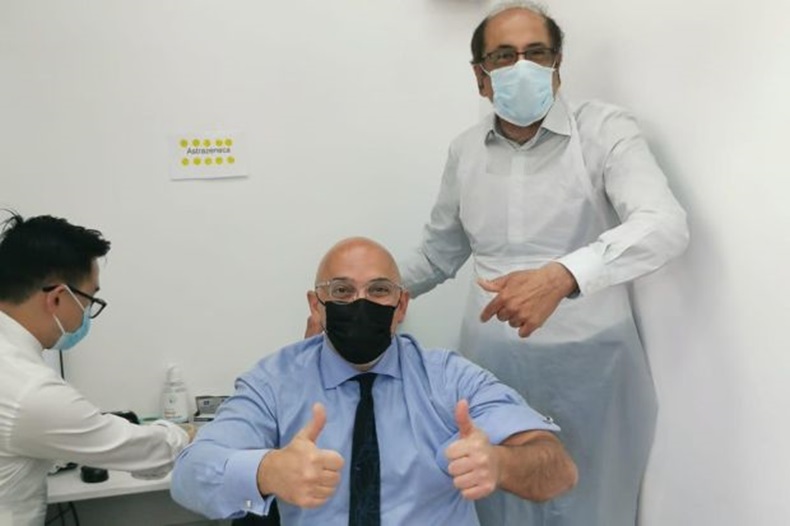 Supplies of the Pfizer/BioNTech COVID vaccine have been reallocated away from London pharmacy-led sites, the chair of Pharmacy London has claimed.

The following Monday (June 7), NHSE-LR met with pharmacy-led site providers in south-east London to advise them of the “real possibility of standing down some sites”, Mr Matharu claimed.

“Perversely, [south-east London] has the largest proportion of community pharmacy-led vaccination sites in London and now, conversely, the lowest allocation of vaccines,” he added.

Mr Matharu said that the concerns of Bexley, Bromley and Greenwich LPC and Lewisham, Lambeth and Southwark LPC – both of which he is chief officer – had also been raised with Our Healthier South East London integrated care system (OHSEL ICS).

In response, OHSEL ICS said there was a “need to make difficult decisions based on the limited supply of [the] Pfizer vaccine and the need to vaccinate the younger cohort of citizens”, Mr Matharu claimed.

In May, the government announced that most people under the age of 40 would be offered an alternative to the Oxford/AstraZeneca vaccine following links to rare cases of blood clotting.

London’s population is on average younger than the rest of the UK – the median Londoner is 35.6 compared to 40.3 in the UK overall, according to charity Trust for London – and so the area requires a greater share of alternate vaccines, Mr Matharu argued.

However, as south-east London has the largest proportion of pharmacy-led vaccination sites in the capital, there are concerns that they now will not be able to help inoculate younger people.

A spokesperson for the NHS south-east London CCG – commenting on behalf of the ICS – said: “Pharmacies have played an important role in vaccinating people across south-east London, and the CCG has no plans to stand vaccination sites down or to cease their role in protecting our communities.

“We allocate doses proportionally across all our vaccination centres. Anyone who hasn’t yet had a vaccine should come forward to get one.”

C+D understands that the reallocation of supply away from pharmacy-led sites to primary care network (PCN) sites is one local to south-east London only and that those under 40 in the area can still access the vaccine through Guys and St Thomas’ Hospital, PCNs or those that offer the Moderna jab.

No sites stood down so far

Mr Matharu said that as of June 17 no pharmacy-led vaccination sites had been stood down in south-east London, “due to LPCs raising awareness of the unfairness of the reallocation”.

He is now working with the local CCG to try to ensure that pharmacy is “fully involved” in the vaccination programme going forward, he added.

A Department of Health and Social Care (DH) spokesperson said: “Our vaccination programme is making phenomenal progress and we’re on track to hit our target of offering a jab to all adults by July 19, with almost eight million doses administered in London alone.

“There are no shortages of vaccines, with deliveries coming in on time, as ordered and we are confident in our supplies as the rollout expands.

“Every part of the country gets allocated the doses they need to vaccinate their population and we are providing additional support to boost uptake in areas that need it most,” they added.

On June 8, the vaccines minister Nadhim Zahawi visited Lewis Grove Pharmacy in Lewisham for his second dose of the Oxford/AstraZeneca vaccine. He had received his first dose there at the end of March.

According to pharmacist Salim Jetha, Mr Zahawi “thanked pharmacists for helping to deliver the vaccine programme and hoped we would continue to help deliver [the vaccine to] lower age groups”.

Mr Jetha commented that such a task would be “tricky” given the lack of supply of the Pfizer/BioNTech vaccine in the region.

How has supply of the vaccine changed to your site in the past few weeks?

Nadhim Zahawi thanks pharmacies for administering over 5m COVID jabs