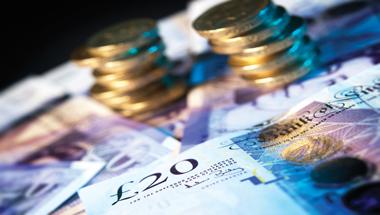 The DH is consulting on the funding changes until March 2016

The government plans to cut pharmacy funding by 6% next year. Click on the bullet points below to find out more about the proposals

Summary of the cuts

The Department of Health (DH) and NHS England announced yesterday (December 17) that they plan to reduce the pharmacy global sum by at least £170 million in October 2016. This will reduce funding from the current level of £2.8bn to “no higher" than £2.63bn.

The 6% fall in overall pharmacy funding represents an average funding drop of more than £14,500 for every pharmacy in England.

The DH has pledged to consult on its proposals with the Pharmaceutical Services Negotiating Committee (PSNC) until March 24, 2016.

The DH will make a final decision on the proposed cuts next April.

The DH will also consult on a Pharmacy Access Scheme, which will vary the amount of funding individual pharmacies receive based on their location and the health needs of the local population.

Pharmacies in deprived or rural areas will be protected, the DH stressed.

The DH argued that there are too many pharmacies in some parts of the country. It claimed that 40% of pharmacies are located within a 10-minute walk of three or more others. This provides an opportunity to make "efficiencies", it said.

However, the DH said it does not know how many pharmacies will close as a result of its announcement.

How hub-and-spoke fits in

The DH announced in November that it is looking at whether the law can be changed to allow independent pharmacies to operate a hub-and-spoke model, and it reitterated yesterday that this dispensing model will help the sector make savings by reducing operating costs and freeing up pharmacists to deliver more clinical services, it said.

A consultation into changing the law to allow independents to operate the model will run separately in 2016, it added.

Q&A on other aspects of the cuts

1) Why is community pharmacy being targeted when general practice will receive between 4% and 5.4% more funding each year for the next five years?

The DH said it is impossible to compare funding for the two professions, because the services they provide are different.

2) What about the global sum after next year?

The DH has not made any decisions about funding beyond 2016-17.

Alongside the cuts, the DH announced a new Pharmacy Integration Fund to help "transform how community pharmacy will operate in the NHS". The fund will support pharmacists to work more closely in GP practices, care homes, and urgent care settings. It will consult on how best to introduce the fund, it added.

How will the cuts affect your pharmacy?