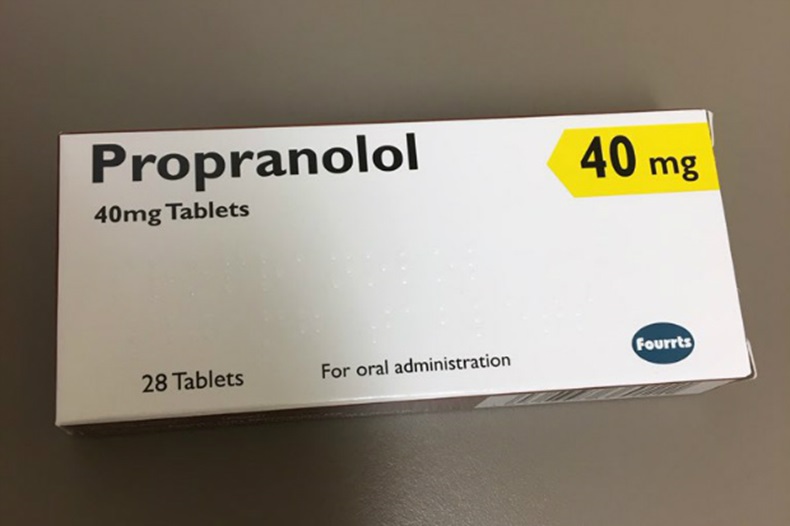 A Northern Irish pharmacist convicted for a dispensing error which led to the death of a patient has been suspended for seven months.

In February 2014, Antrim pharmacist Martin White (registration number 3062R) accidentally dispensed propranolol instead of prednisolone to a 67-year-old patient, who died shortly after taking the medication, a Pharmaceutical Society of Northern Ireland (PSNI) statutory committee heard in a hearing which ended on September 28, 2017.

The regulator acknowledged that Mr White – who was sentenced to four months’ imprisonment, suspended for two years, in December 2016 – had made an “isolated incident in an otherwise unblemished career” and had been “open and transparent” during the investigation into the patient’s death.

But it concluded that as Mr White – who did not attend the hearing – had not provided any “meaningful evidence concerning his insight and the steps he would take to ensure” a similar error would not be repeated, it was “necessary to apply a sanction” to his registration.

Mr White was working as pharmacy manager and responsible pharmacist at Clear Pharmacy, based at Antrim Health Centre, on February 6, 2014 when the patient’s husband presented the prescription for his wife, PSNI heard.

The prescription label directed that eight tablets of prednisolone 40mg be taken daily for five days, but this had been mistakenly attached to a box of propranolol 40mg, which Mr White then dispensed to the husband, the regulator heard.

Later that day, the patient – who suffered from chronic obstructive pulmonary disease (COPD) – took eight tablets of “what she believed to be the prescribed medication, and quickly fell ill”, PSNI heard. She was taken to hospital, where she died “a short time later” as “a result of the toxic effects” of taking the beta blocker, it heard.

Medicines kept side by side

Mr White “admitted that he had filled the prescription and that he must have mistakenly picked up” the propranolol, which he stated was “side by side” with the prednisolone on the dispensary shelf, PSNI heard.

He also “stated he had carried out checks in respect of the safe dispensing of medication in accordance with the standard operation procedures (SOPs) then in force” at the pharmacy, the regulator heard.

Mr White continued working at Clear Pharmacy – with some periods of absence due to health issues – until his resignation in January 2016, PSNI noted. During this period he had been directed by his employer not to conduct accuracy checks.

In October of that year, he was convicted at Antrim Crown Court on a guilty plea of an offence contrary to sections 64(1) and 67(2) of the Medicines Act 1968.

“No evidence of reckless” action

The regulator noted that “there was no evidence that Mr White had acted in a deliberate, reckless or wilful fashion when he dispensed the wrong medication”.

“He had been completely open and honest in accepting in subsequent enquiries that he had been responsible” for the dispensing error, it said.

“There was evidence that propranolol and the correct medication had been arranged alphabetically in the dispensary, with no warnings in place to differentiate one from another,” the regulator.

While the pharmacy’s SOPs contained an explicit requirement for “the medication [to be] finally checked by a second person”, this had been introduced “only a few days before” the incident took place, PSNI noted.

The pharmacy’s superintendent confirmed to PSNI that there would have been “insufficient time to implement the new SOPs before the picking error occurred”.

The regulator noted that in the three months following the incident, the pharmacy’s SOPs had been amended twice “to enhance the accuracy and checking of prescribed medication”.

A system had also been introduced across the 31-branch chain to ensure “all beta blockers [are] segregated into a specific section of the dispensary”, and “audible and visual alerts [have] been introduced to highlight extra care [is] needed before such medication [is] dispensed”.

Mr White had not had contact with the patient or her husband “to offer patient advice prior to, or after, dispensing the medication”, PSNI noted. This “would have been expected, given [the] patient’s [COPD] and the fact this was the first occasion [she] had been prescribed prednisolone”, it said.

“If this had occurred as it should have done, it would have provided an opportunity to identify the error,” the regulator concluded.

“Mr White’s actions – the result of human error – led in turn directly to [the] patient’s death,” it said.

The committee acknowledged that dispensing errors such as Mr White’s “can occur in a busy pharmacy practice”. “The vast majority of these are picked up without untoward incident,” it said.

The pharmacy’s superintendent informed PSNI that Mr White had “fully realised the severity of what had happened”. However, due to his phased return to work and subsequent resignation, “it was difficult to conduct meaningful remedial work” with him, it heard.

The regulator also noted Mr White had experienced “some health issues before and after the error”, but he had “not asserted” these had “caused or contributed” to it.

Mr White had “cooperated at all stages with the investigation by his employer into the tragic death” and had “pleaded guilty at the first opportunity”, PSNI noted.

It also heard that Mr White had “expressed remorse and regret for his actions”. Although references from “various healthcare and other professionals” asserted he was “a safe and effective clinician”, since the incident Mr White had stressed it was “impossible” for him to “conceive that he could practise again”.

The committee was satisfied that despite the specific circumstances surrounding the error amounting to “misconduct”, the error “was easily remediable” by “robust personal training and reflection”. However, as Mr White had not engaged with the committee, there was “no meaningful evidence” that he had “demonstrated insight”.

“For these reasons, there [is] a risk the error could be repeated,” it concluded.

Striking off Mr White “would be a disproportionate sanction”, said the committee, which ruled instead to suspend him for seven months, with a “mandatory review before the expiry of the order”.

Mr White’s sentencing in December 2016 was described as “shocking” by one lawyer, and led a pharmacist to launch a petition for inadvertent dispensing errors to be decriminalised.

What do you make of Mr White's suspension from the register?