Pharmacy-led COVID-19 vaccination sites have been advised to ensure they have “clear protocols in place” to “maintain a strong security culture” for staff, patients and premises. 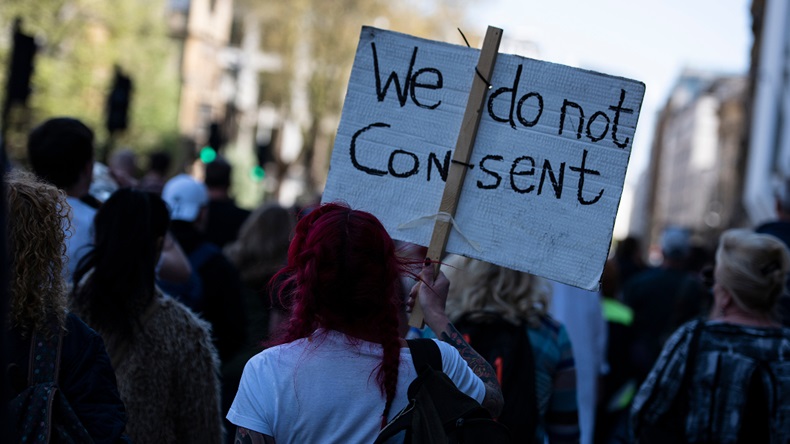 "Protestors may try and pose as either patients or staff”, NHSE&I warned

“There is a risk that protestors may try and pose as either patients or staff,” NHSE&I added.

Local vaccination services can also read the protest security guidance in the Site Security section on FutureNHS, according to the SOP.

Local vaccination sites should also review their existing security plans, NHSE&I added, making sure they have arrangements in place including:

Work with the police and extra funding

NHSE&I also encouraged local vaccination sites to work with the police to inform their security-focused SOPs and report any security incident to them.

Pharmacy-led sites should make sure they have protocols to respond to any security incident, the national commissioner advised.

“This should include clear roles and responsibilities, including how sites would be locked down in the event of a security incident,” NHSE&I wrote.

Extra funding is available for security upgrades, NHSE&I added. “Reasonable requests” should be filed to the regional finance team for the COVID-19 vaccine deployment programme.

Pharmacy-led sites should refer to finance guidance on FutureNHS.

C+D reported earlier this year that Thomas Bell Pharmacy in Cumbria was vandalised with anti-vax graffiti, while the pharmacist told C+D at the time they had only seen a couple of people who “wanted to make a scene”.