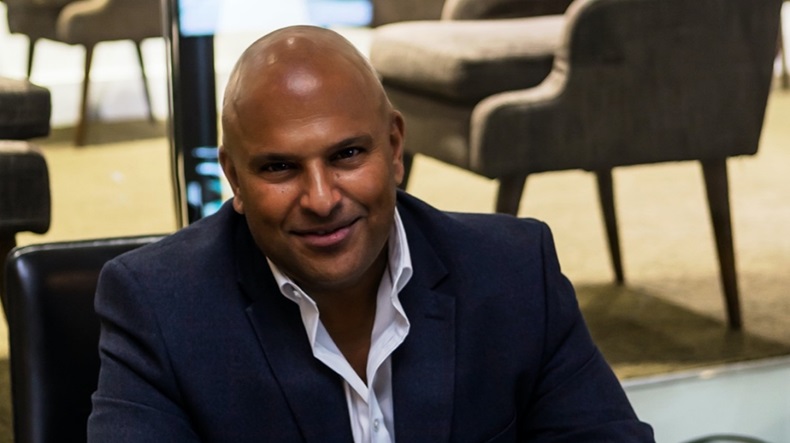 In an exclusive interview with C+D, Mr Nahaboo unveils the next steps for his £1 billion ‘Pharmacy of the Future’ concept and his ambitions for the sector, while sharing tips on how contractors can make their businesses attractive to private investors.

How can contractors make their pharmacies attractive to private investors?

Pharmacies will not attract investment if their main source of income is based on dispensing free prescriptions, Mr Nahaboo posits.

Contractors need to diversify their offering and make it more “multidisciplinary” to attract private investors, he says.

They “have to take it on themselves, to disrupt themselves personally with their thinking, and be willing to actually go that much further down the line”.

Pharmacies that seek and receive private funding will gain “the ability to serve the community in a far more productive way”, Mr Nahaboo states, instead of “clinging” to “the next good news that’s going to come from the NHS”.

They “should not be totally reliant on public funding”, he says. He wants to see businesses gradually reduce their reliance on the NHS, which will lead to “higher profit lines” down the line.

Private funding will enable them to integrate “new service lines” into their practice, spend more time with their patients, and “improve the welfare of their own business”.

“Why should the pharmacists not benefit and have that commercial opportunity to reinvest back in their business”, he asks, “so that they can actually bring [in] more quality and skilled labour to best serve their community?”

“Pharmacists shouldn't rest on their laurels”

Mr Nahaboo has a background in accountancy, having previously helmed the consolidation of over 120 accounting firms under the Xeinadin Group, a business advisory firm.

He transitioned into the pharmacy sector through “fluke and luck more than anything else”, he tells C+D. Mr Nahaboo formed Alitam in 2019 by following the same model of consolidation and “cross fertilisation of specialisms”, merging approximately 43 pharmacy groups, which represent 140 stores, across the UK and Ireland.

The pandemic – though unquestionably challenging – has given pharmacies “a breath of fresh air”, he says, effectively generating “a huge demand” for the sector.

The public’s increased regard for pharmacy, however, will not necessarily last, according to Mr Nahaboo.

“Pharmacists shouldn't rest on their laurels and just feel that this is a long-term measure,” he says.

He believes they must take “a leap of faith in investing in their businesses”, he says.

And this – coupled with a spirit of increased synergy between medical professions brought on by the pandemic – is where Alitam’s “super pharmacies” come in.

Super pharmacies on the high street “within a year or two”

As conceived by Mr Nahaboo, the super pharmacy concept will see pharmacists working alongside a wealth of healthcare professionals – such as dentists, opticians, physiologists, midwives and nurses – at premises offering services that might include “minor eye surgery, facelifts, liposuction and routine cosmetic dentistry”.

The concept will be “a slow and gradual build”, Mr Nahaboo says, calling it a “ten-year vision”. The group will need to find “the right premises” and possibly “seek a license as well”.

“We would like to start implementing the super pharmacy in the high street within a year or two”, he says.

The first one – which will be the “biggest of all”, a “mega super pharmacy” – will find its home in Dublin, Ireland.

Next will be Belfast. Then London, Manchester, Leeds, Birmingham, Newcastle, Edinburgh, and Glasgow, thus targeting the “larger cities to begin with”.

While Alitam currently has 140 pharmacy premises under its purview, it’s looking to “acquire between 50 and 100 pharmacy stores a year, over the next two years”, he explains.

Not all the pharmacies Alitam acquires will have the ability to “evolve and become a super pharmacy”, he clarifies.

If the premises are “not as big as we would like, but the location’s brilliant and it ticks all the boxes”, Alitam will “redesign the store...[and create] more simplified versions of the [super] pharmacy” for those branches, Mr Nahaboo says.

He likens it to a “Tesco Express” rather than a full-sized Tesco.

“We will make it very easy for pharmacists to become part of this group,” Mr Nahaboo says.

Pharmacies just have to be willing “to grow, develop and evolve” and subscribe to “that new school of thought” that isn’t just reliant on the services pharmacies currently provide.

“Convenience” is at the heart of it

There’s already “a natural movement taking place” within the pharmacy sector, Mr Nahaboo says, towards the development of “medical and wellbeing centres”, which Alitam is “accentuating” and “putting some strength behind”.

“Our health is becoming the most social thing right now”, Mr Nahaboo tells C+D, the pandemic having brought health consciousness to the forefront of people’s minds.

“Convenience”, he says, is at the heart of establishing these super pharmacies, both for the customers and for the health professionals involved.

Mr Nahaboo imagines that the super pharmacies will become “family establishments”, which families can visit as a group to fulfil their health needs all in one go.

He describes the experience of visiting a super pharmacy as “impulse purchasing” that will actually be “a really good thing…because all it’s doing is bettering the health of the nation”.

Instead of spreading “lots of little checks” over a long period of time, a patient can “get it all done in one day” – from collecting their normal prescription, to getting their eyes and teeth checked.

Though the “full plan hasn’t been signed off” yet – “in terms of the jurisdictions, the localities, the size store, and the makeup of each one” – Mr Nahaboo says the £1 billion Alitam is seeking in investment for the ‘Pharmacy of the Future’ concept “basically creates enough infrastructure to get us up and going”.

The creation of the super pharmacies “is actually a multi-billion-pound investment project” and will need “further investment”, Mr Nahaboo says.

Though he cannot reveal further details, Mr Nahaboo tells C+D that “a significant number of private equity companies, large ones, have approached Alitam to look at investing in the model”.

The companies “have sent some very, very high-profile city bankers to start looking at our business and financial plan as we build relations with them”, he adds.

“A close-knit group of medical professionals”

The “further investment” Alitam will seek will also go towards “creating a link between all the super pharmacies” to enable them to operate on a shared record system, Mr Nahaboo says.

Each pharmacy will have an “internal admin team” to make sure that all the health professionals are working together as a “close-knit group” across “the same IT system”.

Alitam members will be able to visit any super pharmacy, as their information will be “on the cloud, so anyone can serve you”, Mr Nahaboo explains.

The pharmacy sector “is going to be screaming for private investment”, he says. “Funding more GPs and funding more NHS [through tax] is not improving waiting times, is it?”

And that’s just the start of it. There’s a “monstrous” appetite on the part of private companies looking to invest in pharmacy, Mr Nahaboo claims.

“My belief is that between £20 to £25 billion of private investment will go into pharmacy over the next 12 to 18 months,” he stresses.

Private equity companies are looking to invest into “businesses that have futuristic models”.

“I'm more than happy to bring in substantial finances to those pharmacies looking to integrate new service lines and improve their offering to patients”, Mr Nahaboo says, “even if they stay independent of Alitam”.

“What we want to do is encourage others to be brave, come out with their own ideas and improve the industry that much more,” he adds.