Tags:
All Other Clinical Money Locums

Three quarters of locums rate their stress levels as high, blaming an increase in workload and low staffing levels, according to the C+D Salary Survey 2019. 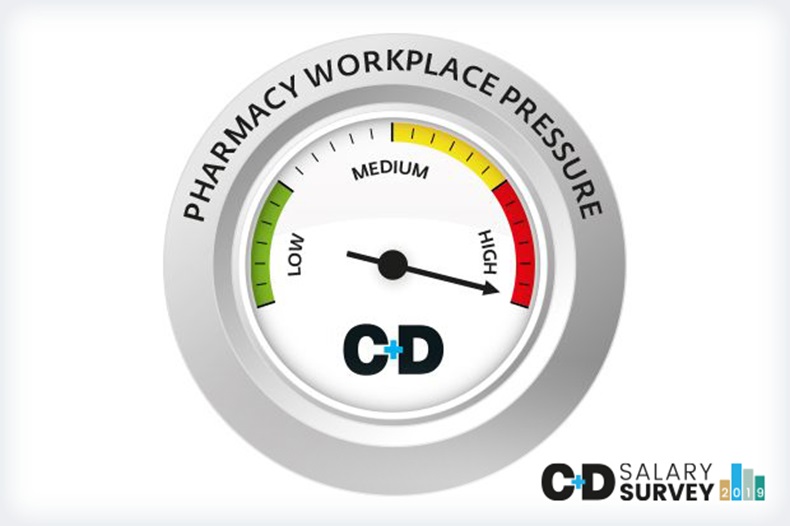 Of 229 locum pharmacist respondents to the survey, which ran between October 1 and November 14, 218 told C+D about their stress levels.

Seventy-five per cent said it was “very high”, “high” or “somewhat high”. This is a 14 percentage point increase on last year, when the figure was 61%.

Eighty-seven per cent of respondents reported that their workload had increased over the past year, with 42% citing reduced staff levels as the leading cause.

One locum pharmacist said they “could not cope with the levels of stress caused by low staff numbers”, and another said understaffing had left them “loathing the profession”.

Locums “often walk into pharmacies under pressure” and with “overworked staff”, which makes it harder to adapt to the new working environment, one respondent explained.

In addition to staff shortages, finding time to deliver services and sourcing medicines were highlighted as causes of stress.

“For a job that carries such high penalties when things go wrong, the working pace is absolutely brutal,” one locum respondent said.

“Not easy” to fit in services

When it comes to delivering services, 91% said it is “not that easy” or “not at all easy” to fit these around their dispensing workload, up two percentage points on last year.

One respondent said it is “imperative” to have more than one pharmacist in the pharmacy, while another commented that there is “too much to do” and “not enough staff and time in which to do it”.

A locum in England said that while they welcomed the phasing-out of medicines use reviews (MURs), this service “seems to have been replaced by a series of hoops to jump through”, such as audits and training packages.

On September 9, C+D and the charity Pharmacist Support brought together MPs, pharmacy representatives and pharmacists to discuss the rise of stress and workplace pressures among pharmacy teams.

Do you experience high levels of stress?

Which UK regions have the highest and lowest locum pharmacist pay?