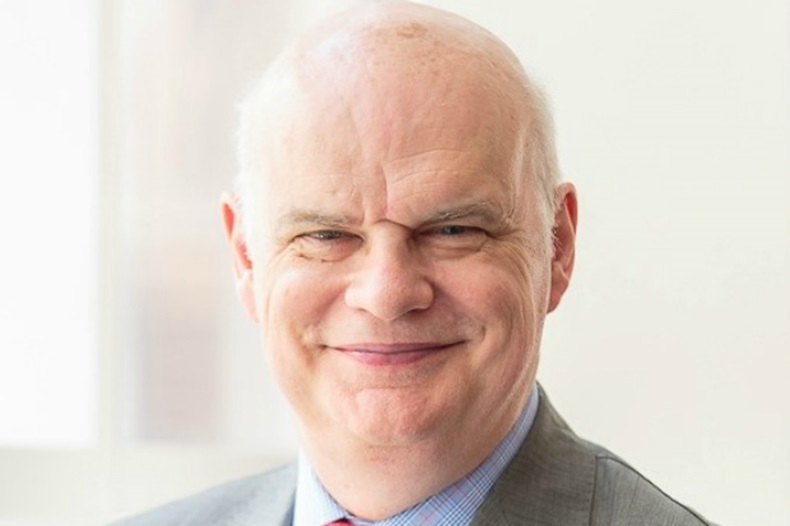 "I admire the talent, knowledge and enthusiasm of the pharmacists I’ll leave behind"

“Have you thought of becoming an actuary?” My careers teacher’s words came as a slap in the face. I didn’t think I was that boring.

At this point, some hereditary obstinancy came into play. Despite chemistry and biology being two of my poorer subjects, I decided to persevere and become a pharmacist. Everybody respected our local chemist in his starched white coat. I could do that.

A few years at Robert Gordon University in Aberdeen followed, from which I emerged with a pharmacy degree – and a fiancée. She is Cornish, and so we married in Cornwall, raised a family, and bought a community pharmacy in Truro. Thirty-three years later, we’re hanging up our white coats – although pharmacists don’t wear white coats anymore.

They are long gone, as are mixtures like Mist Mag Carb Aromat (for conditions that cause a ‘nervous disposition’), almost all extemporaneous dispensing, and breaking bulk packs into bottles of 28 during ‘spare’ moments.

Pharmacists no longer hand-write 400 labels a day and, though I would hate to disappoint my old pharmaceutics lecturer Mr Galloway, I have not wrapped a package of medicines in white paper and string for some time.

On the plus side, we don’t have to recite our orders to wholesalers over the telephone, we now have a clear idea what should be in our controlled drug cupboards, and pharmacists are working alongside GPs – as opposed to begging obdurate receptionists to be put through to them.

Starting on the right foot

I remember on our first day at our community pharmacy I walked round the local surgeries, giving the GPs our home telephone number. “If you need us, we will come – any hour, day or night,” I said. “I know you won’t abuse it.”

The GPs were not used to that – and it broke the ice. The knowledge that we wanted to solve problems, not cause them, set the tone for future discussions. A few days later, I rang one GP I had met, to ask him to see a patient I thought might have a dendritic ulcer. I turned out to be right, and years later, when some local GPs were opposed to making chloramphenicol available over the counter, he told them that it didn’t mean pharmacists would miss serious conditions – because we never had before at our pharmacy.

My generation had grants to go to university, which means the taxpayer in the street paid for my education; that entitles them to my best efforts, and a lasting relationship with their pharmacist.

Patients can be maddening, mystifying, fickle creatures. But they’re still people. As people, they are entitled to respect. They don’t magically transform from people to patients when they become ill.

But I hate the phrase ‘patient-centred care’. If it’s not patient-centred, it’s not care. If we don’t keep people at the heart of what we do, we won’t be a caring profession. We won’t deserve their trust, and without that, we can achieve very little. Show you care, and people will forgive a lot. At least they’ve always forgiven me my mistakes.

Time for the new generation

One of the greatest rewards of community practice has been that my wife and I have seen babies that came into our pharmacy in 1985 grow up and have babies of their own. We’ve also watched vigorous adults become older and frailer; and helped some of them during their last days. These patients have watched us become parents and grandparents, while we’ve become if not wiser, then at least more cunning at hiding what we don’t know.

A year ago, my wife looked at me across the dinner table and said, “You know we wondered how we’d know when it’s time to retire? I think it’s time now.” I have granddaughters who need help stacking bricks and putting their socks back on. I admire the talent, knowledge and enthusiasm of the pharmacists I’ll leave behind in a profession I still love, but which has become much more difficult over the years. It’s time to let a new generation of pharmacists take centre stage.

Graham Brack is a community pharmacist and proprietor of Reeds Pharmacy in Truro, Cornwall

Getting your foot on the career ladder can be a daunting prospect for pre-registration and newly qualified pharmacists. That’s why C+D – in association with Boots – has created two careers events, in London and Bradford, to give new pharmacists a valuable insight into the range of options out there.

We’ve assembled a diverse array of speakers across the spectrum of pharmacy sectors – from community pharmacies and hospitals, to GP practices and academia.

Each speaker will be sharing their unique experience and advice both on stage and with attendees while networking over complimentary food and drinks.