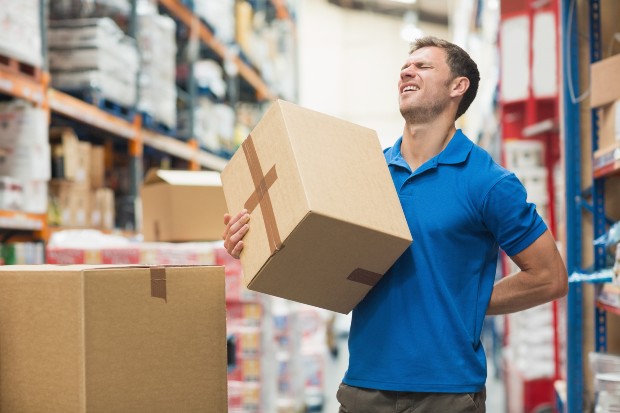 Pain management is one of the most common reasons for people to visit a pharmacy, often to buy analgesics or other pain medication. Often that is to manage acute pain – an injury, occasional headache or other ailment.

But chronic pain – pain that lasts for more than three months – may affect as much as half the adult population, according to research published in the British Medical Journal. And recently published National Institute for health and Care Excellence (Nice) guidelines say that pain medications should not be used first line for chronic primary pain (see below for definition).

The guidelines have caused alarm among some pain experts and people with chronic pain, who have become concerned that this could mean people have the medications they rely on withdrawn. But experts C+D spoke to say that is unlikely to happen, if the medications are providing benefit.

So, how can pharmacists support patients with chronic pain? And how best to reassure them following the new Nice guideline? C+D spoke to pharmacists who have been working in pain management about the challenges.

There are two main types of chronic pain – primary and secondary. Chronic primary pain is long-lasting pain that has no obvious underlying cause. That is the main focus of the new guideline.

“It’s important to say that the latest Nice guideline treatment recommendations are in regard to... people newly presenting with chronic primary pain,” she says.

“Somebody with chronic primary pain is experiencing very high levels of distress and pain, in spite of not being able to find an underlying pathological cause for it.”

“Not initiating is not the same as stopping” 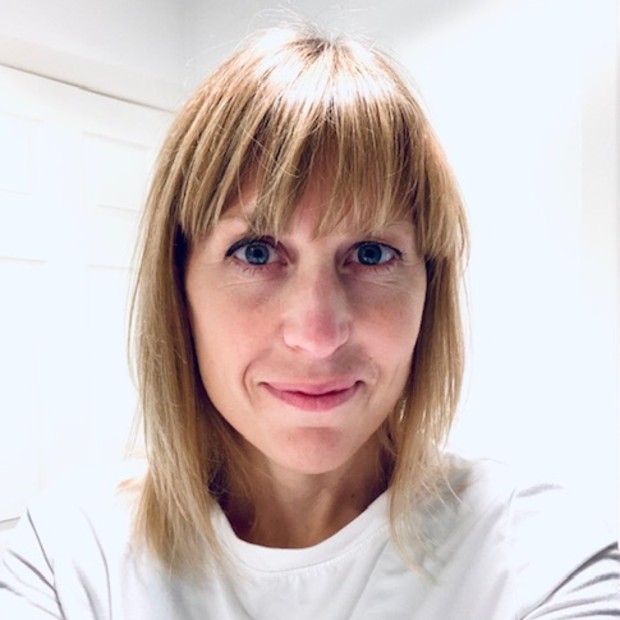 For chronic primary pain, the guideline recommends non-pharmacological management first line, but where pharmacological treatment is required, it recommends off-label prescribing of an antidepressant such as amitriptyline, citalopram, duloxetine, fluoxetine, paroxetine or sertraline for people aged 18 years and over.

It specifically advises against initiating:

“The reason [pain medications] might not be recommended first line is because these medicines don’t tend to work. The evidence assessed by Nice was unequivocal on that,” says Ms Davies.

But that doesn’t mean people already taking medicines will have them withdrawn. “Not initiating something is not the same as stopping it,” she stresses.

People who have already been diagnosed with chronic primary pain and are already taking these medicines should have them reviewed, however.

“If they are not helping, there should be a discussion about withdrawing those medicines. That should not be news to anybody – that should be happening anyway,” says Ms Davies.

Ms Davies says it is important to reassure people with chronic pain that their medication will not be stopped if it is helping them.

“There has been some wilful misinterpretation of the guidelines,” she says. “It’s really important that there is nothing in the guideline to say that people who are already taking medicines should have them stopped if they are actually benefiting the person.”

Having the difficult conversation

Ms Davies says spotting inappropriate use of pain medicines starts with questions: “When people are buying over-the-counter (OTC) analgesics it’s important to ask: ‘How long have you had pain for, when did it start?’,” she says.

“The second question is: ‘Is this actually helping?’ That would be more relevant to somebody who was in last week and is back this week for more medication.”

As Ms Davies says: “Any medicine that is not benefiting you is likely to be causing harm.” Analgesics all have side effects, and some can lead to dependency.

She recommends using function as a guide to whether medicines are helping.

“We are not necessarily looking for complete pain relief. Maybe 40% [of people] at best get genuine benefit [or] improvement in the amount of pain felt or reported, but more important is functional improvement – are they able to do more than they could before taking them? If somebody is able to do more, there is an excellent chance they are experiencing less pain,” she says.

She also recommends early intervention if people are prescribed pain medication on repeat.

“Challenge [repeat prescriptions of pain medication] with the second prescription. Speak to the patient, and ask them those same questions – is this helping, are you doing more? If it has been placed on repeat without review, that is contrary to best practice guidelines.”

“Start in an open way” 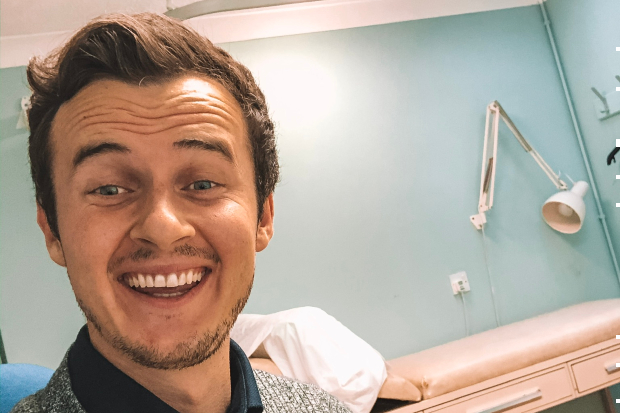 “Start the conversation in an open way. Mostly I find when patients have got multiple analgesics on their repeat, it’s a case of finding out what they take each day. It’s a good way in: ‘What do you take on a daily basis?’.”

He says that gives him a good idea of how the patient is managing their pain. “Because you can’t make a decision over reducing someone’s [medications] until you know what they take.”

However, Mr Bartlett admits helping patients who are repeatedly buying analgesics OTC can be “really tricky” for community pharmacy teams without involving a GP or practice pharmacist.

“If a pharmacist over the counter asks: ‘What do you take?’, it’s normally met with: ‘none of your business’. So, if you’re a pharmacist in a GP practice you get a bit more information,” he says.

Community pharmacists do have a vital role in recognising the red flags and spotting the “repeat offenders” (see below) and having a good relationship with your GP or practice pharmacist can help manage patients who are less willing to share information.

Knowing what else to recommend and where to signpost

So, what are the alternatives to medication proposed for people with chronic primary pain? Based on its evidence review, the guideline recommends:

The problem with exercise, says Ms Davies, is that for people who are in chronic pain and trying to avoid making the pain worse, “reducing medications and increasing activity seems like utter madness”.

She says it’s important to recognise that activity doesn’t mean “going to the gym or climbing a mountain”. It can be as simple as going to the supermarket or taking a short walk.

Mr Bartlett says with more professionals coming into PCNs, such as physiotherapists, the prescribing of things like diazepam and naproxen as a first-line treatment has decreased.

Furthermore, “CBT is great, I can’t endorse it enough”, but the problem is access, he says. “The waiting list is six months for an NHS appointment,” and some private sessions can be more than £200, Mr Bartlett claims.

Ms Davies recommends finding out what services are available locally and online. Online CBT or even reading books about CBT can help people while they are waiting to be seen by a therapist.

The inclusion of acupuncture surprised some, but Ms Davies says the evidence is there, while Mr Bartlett says he has seen its benefit in practice. Again, access to NHS treatment is difficult.

Ms Davies says: “Some pain services do offer acupuncture as part of their services. I don’t have readily available [NHS-funded] acupuncture that I can send patients to, but if people are interested in trying it or can afford it, I don’t discourage people seeking it out to see if it helps.”

Pharmacists need to be familiar with the recommendations of the new guidelines, but also understand who they apply to and in which circumstances.

They already challenge inappropriate purchase of or repeat prescription of pain medications, so asking appropriate questions about how long people have had pain, and whether the medications they take are working, should crop up naturally in everyday community pharmacy practice.

Being able to signpost people with chronic pain to alternative support services, and encouraging them to see their GP if pain is long-lasting, but they have not yet had a diagnosis, is another way that pharmacy teams can ensure appropriate use of medicines in the community.

What are the red flags of OTC painkiller use? 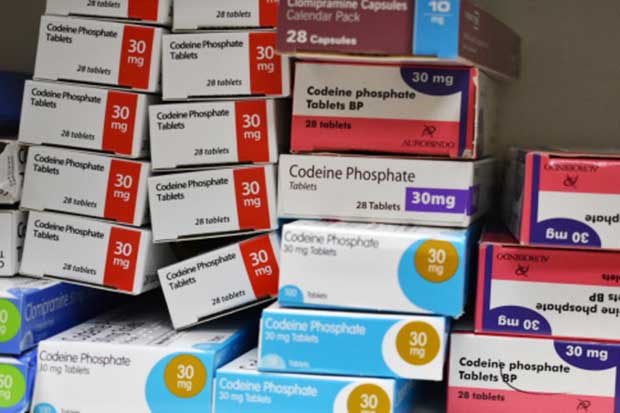 “Red flags are tricky, because they vary depending on the condition,” says Ms Davies.

For example: cauda equina, a condition that can cause back pain; numbness; loss of bladder or bowel function; and/or loss of function in legs. And for head pain, red flags include: blurred vision; loss of consciousness; stomach pain; and blood in stools.

It is important for community pharmacists to be aware of the signs of potential OTC painkiller over-dependency, she says.

“What you might be looking for is somebody presenting very frequently. They don’t necessarily shop around but will often repeatedly present somewhere they are familiar with,” advises Ms Davies.

“They might be picking up prescriptions and also purchasing analgesics. It’s always worth asking if they are being prescribed something as well.

“It’s not just somebody doubling up on codeine; take into account the combined effects of taking multi-medications – and not just opioids,” she adds.

“If you’re noticing someone is having repeat prescriptions of medicines or coming in with prescriptions more often – so it’s a four-week prescription, but they are coming in at three weeks – those things start adding up. If it becomes a repeated pattern that’s a flag.

“The physical appearance of people can also be a giveaway. If they are noticeably unkempt or a bit chaotic in how they are interacting with staff, they are flags as well,” Ms Davies advises.